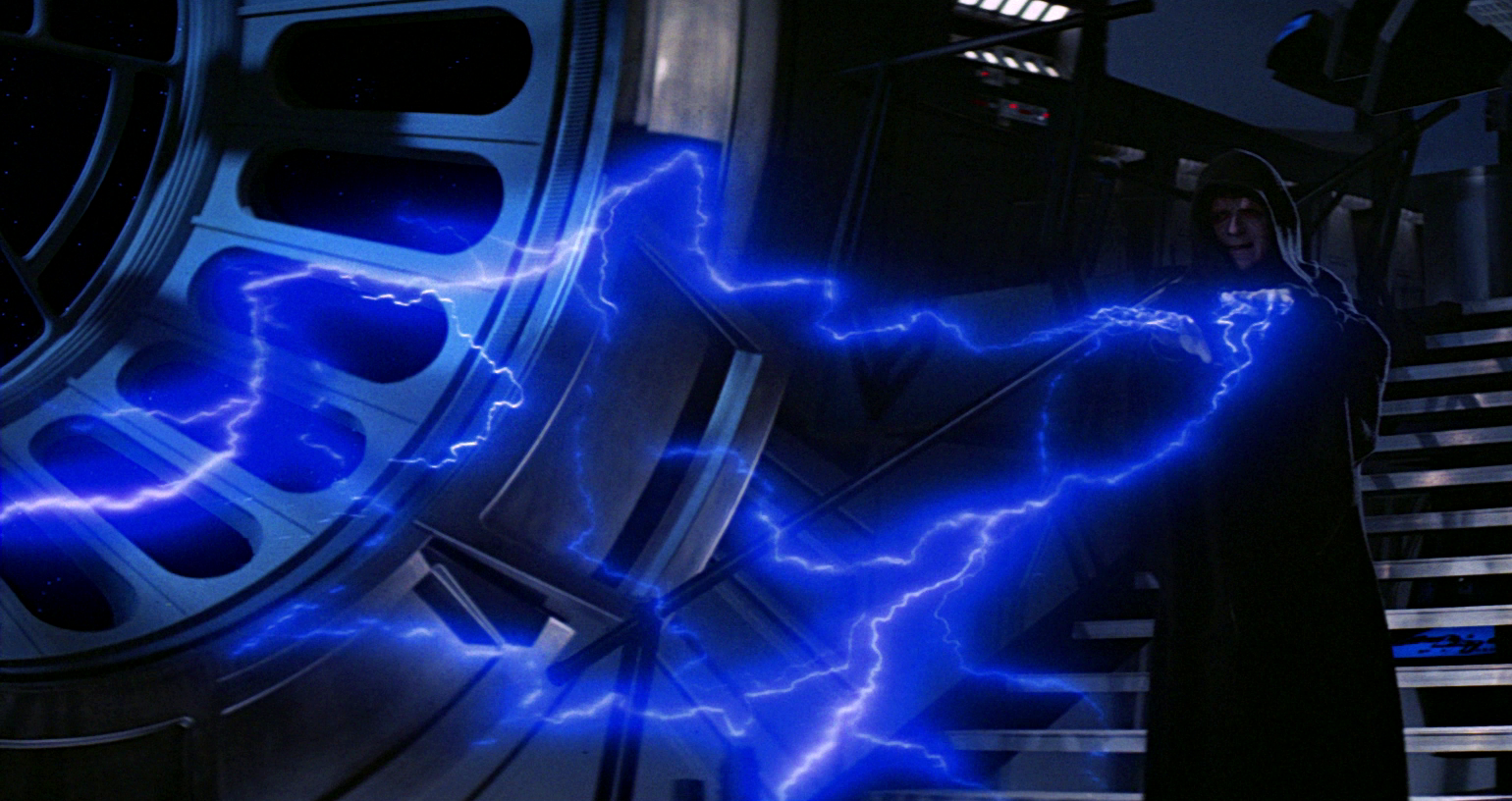 I received one last question from my friend Pearl (she of EU Explains Vol’s I and II). This was easily the meatiest bone she’d thrown my way thus far, so I thought I’d tackle it all on its lonesome. Remember that you can still submit questions of your own to me via e-mail or as a comment below.

7. With the Death Star about to blow up, would it have mattered if Luke destroyed Vader and joined the Emperor or if Vader let the Emperor destroy Luke?

One thing that happens a lot in the Expanded Universe is that persons and events that aren’t necessarily all that remarkable are given abnormal weight in the larger continuity because of their appearance, or even simply a mention, in the films. The more people are aware of a certain element of the canon—Greedo, for example—the more demand there is for that element to be reflected and expanded upon in other sources—and so Greedo’s species, the Rodians, are now known primarily for being hunters. Kessel is nothing but spice mines, Han ran into two or three bounty hunters on Ord Mantell, and the shuttle Tydirium was stolen two or three times.

And those are pretty minor details. So what happens to major ones?

Welcome to the climax of the entire saga—the second Death Star.

First, a little extra context. At this point, Emperor Palpatine is as powerful as he has ever been, and he is the cog at the center of the entire Imperial machine; without him, the Empire largely falls apart. This is true not only bureaucratically but militarily, as Palpatine has in his bag of tricks a Force ability called battle meditation.

Battle meditation is something that roleplayers might call a force amplifier—when engaged, Palpatine’s presence enhances his troops’ focus, instincts, response times, and so on. While it is known that the Imperial forces at the Battle of Endor were quickly routed and sent running following the Death Star’s destruction, it’s open to interpretation to what extent Palpatine himself was influencing the course of the battle. An argument could be made, though, that things went so badly for him largely because his attention was occupied by Luke and Vader. Without those distractions, even a tiny increase in the resilience and effectiveness of the Imperial fleet, and of the ground troops on the forest moon, could have changed the outcome of the battle. So for Luke, being in that room at all was already a victory. 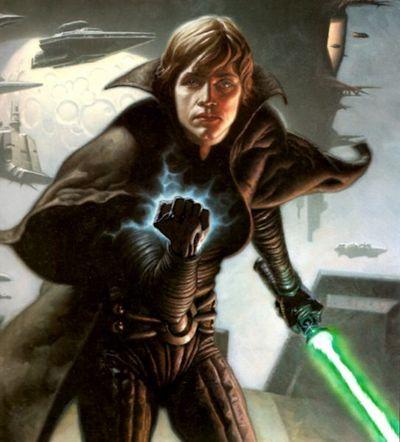 Now then—we actually have a decent roadmap for the first scenario (Luke goes dark and kills Vader) in the comic series Dark Empire, wherein the Emperor comes back in a cloned body and Luke does indeed become his apprentice for a short time. Luke is still genuinely a different kinda dude from his father, though—rather than “falling” for the selfish reason of trying to save a loved one, Luke turns with the intention of studying the Dark Side so that he can better understand why Vader did the things he did, and so he can ultimately defeat the Emperor more completely. It’s still pretty shaky as justifications go, but it at least suggests that he wouldn’t have been quite as docile an apprentice as Vader was—and without Vader’s injuries, he would quickly have become powerful enough to indeed destroy Palpatine…just in time to take his place and be all evil and omnipotent and stuff.

But first they’d both have had to survive the Battle of Endor. While the editing of Return of the Jedi intercuts the throne room, the space battle, and the ground battle pretty evenly, there’s a lot of wiggle room in there for what is actually happening when. Even according to said editing, Luke’s most likely turning point (hacking away at Vader and taking off his hand) comes before the shield generator is destroyed, which leaves about eight minutes of screen time before Lando and Wedge hit the reactor—for two powerful guys like Luke and Palpatine, even that is probably enough time for an escape. But when you really think about the chain of events that unfolds (Luke refuses to turn, Palps fries him for a while, Vader tosses him down the pit, Luke drags him all the way to a hangar bay, they have a leisurely conversation, Luke drags the armor into the shuttle, powers it up, flies away just as the explosion reaches him), you’re probably talking about at least twice that much time—20-30 minutes, I’d guess. Certainly enough time to escape, but more importantly, probably well before the shield even went down; meaning that there’d still be a renewal of battle meditation to consider, to say nothing of Luke just jumping into a TIE and shooting the Falcon down.

Of course, even if the two most powerful beings in the galaxy were unable to save the Death Star, don’t forget that unlike the first one, number two was still a secret. Without any of the political fallout coming from such an enormous military loss, Palpatine still had the bulk of the Imperial fleet, and all of its infrastructure, to support his continuing war against the Rebellion—and a shiny new apprentice, to boot.

All that, of course, is just scenario one. As for scenario two—Palpatine fries Luke to death? Well, for my part, I have a hard time thinking he’d have kept Vader around after getting taken down by his punk kid. As a Darth Maul-style attack dog, maybe, but any shot Vader ever had of defeating and replacing Palpatine rested in Luke.

So what happens then? Well, Palpatine’s bag of tricks isn’t empty yet—remember that cloned body I mentioned in Dark Empire? Let me tell you about a little thing called essence transfer.

Thousands of years earlier, the ancient Sith discovered a creepy dark-side version of the quasi-immortality Obi-Wan and Yoda demonstrate in the films, wherein they could transplant their consciousness into a new body, and thus effectively live forever. Thankfully, this technique was lost for a long time (though Darth Bane, who began the Rule of Two one thousand years ago, came pretty close to figuring it out), but sometime after his apprentice got turned into hamburger in Revenge of the Sith, Palpatine once again figured it out—hence a big, handy facility full of backup bodies on his hidden throne world Byss. Having given up on Vader as a worthwhile successor, Palpatine figured he’d finally outgrown the Rule of Two, and planned to rule personally for eternity by transferring his essence into clone after clone until the end of time. So really, with those pesky Skywalkers no longer a concern, I imagine that he’d have just cut his losses and stopped bothering with apprentices at that point.

The thing about those cloned bodies, by the way, is that the kind of ludicrous dark side power Palpatine was exhibiting can burn through their cells at a faster-than-normal rate—so it’s possible that he’d have had to move onto other hosts eventually to keep himself going. This degradation was actually the EU’s original explanation for Palpatine’s appearance in RotJ; it was implied at the time that he’d already started swapping bodies by the OT—the Prequels changed that thanks to Ian McDiarmid playing his real age, but the essence transfer concept remained.

So that’s it, right? All the X-factors of the Battle of Endor have been accounted for? 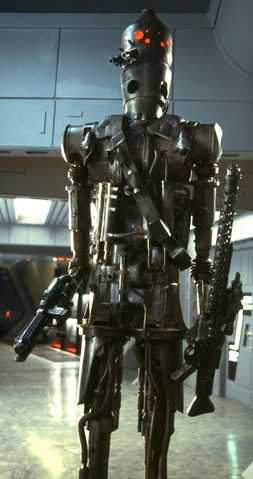 Let’s talk about IG-88. If you’re drawing a blank, he’s the spindly droid bounty hunter seen briefly in The Empire Strikes Back. In the short-story compilation Tales of the Bounty Hunters, we find out that IG-88 was actually one sociopathic droid consciousness spread across four different functionally-identical bodies. His goal? Nothing less than total droid domination of the galaxy.

Anyway, while on board the Executor in ESB, IG-88 hacked into top-secret Imperial files and discovered the existence of the second Death Star. Boy, he thought, that thing would sure be helpful for my droid revolution!

So naturally, IG-88 hijacked the shipment bearing the Death Star’s central computer, and downloaded his consciousness (the last instance of it, as the other three bodies had been destroyed by then) into the computer. It was eventually installed in the station, and IG-88 assumed total control of the Death Star, with the Empire none the wiser. He went so far as to tweak the accuracy of the station’s gunners when firing the superlaser at the Rebel fleet, and was preparing to signal his droid minions to unleash hell on the galaxy with a sentient Death Star as their leader when the station was destroyed…and thank god for that.

Naturally, not everyone is eager to take this story at face value, and it’s never really been mentioned since. Personally, I like to think that the Empire knew exactly what was going on, and had the ability to block IG-88 from assuming total control of the station, but someone figured that as long as he was improving their firing accuracy, they might as well run with it.

One thought to “The Expanded Universe Explains, Vol. III”