In utilizing this language of echoes and vibrations, KOTOR II is playing on two concepts from Hinduism and Buddhism- Om and Pratitya-Samutpada, respectively. Om, in Sanatana Dharma (Hinduism), is roughly defined as the background vibration of the universe. It is the sound of all life, interconnected, acting and being acted upon. It is the totality of the unity of reality. A similar concept is the Buddhist idea of Pratitya-Samutpada, reputedly formulated by Siddhartha Gautama himself. Pratitya-Samutpada is the idea that everything in the universe is interconnected and interdependent- every person, every animal, every rock, every star, every action, every thought, every everything. In fact, the Buddha would argue that there is no such thing as a ‘thing’- that the concept of an independent, autonomous ‘thing’ is an illusion. Every action affects every other action in some way or another, no matter how great or small. Every act of being affects another act of being, which affects another act of being, anon and so forth. So, how does this relate to Obsidian’s 2004 combat RPG?

When Kreia tells the Exile to listen to the background hum of Nar Shaddaa through the Force- to listen to the totality of life on that planet- she is instructing her to attune herself to the Om of the Star Wars universe. To look and listen beyond what she perceives as reality- objects, people, independent autonomous beings- and comprehend the true nature of the universe. She’s helping the Exile to understand that the self, the body, and the like are illusions. In dialogue with Kreia, the Exile can ask her what is wrong with her eyes. Kreia replies that there is nothing wrong- and that sight blinds one to reality, and to see merely with one’s eyes is to “try and view the universe through a crack in a door”. Like a certain wrinkled green muppet said in some obscure 1980 science fantasy film, “Luminous beings are we. Not this crude matter!”

Both Kreia and Yoda acknowledge the idea that the flesh- and indeed, to an extent, the independent self- is an illusion (maya, in Buddhist terms). The relevance of Pratitya-Samutpada in Buddhism is not only to understand the universe- it is to gain an awareness of how one’s actions have consequences, and are themselves the consequences of previous actions, and whose consequences will themselves have consequences. When she tells the Exile that her eyes would only distract her from seeing, Kreia is saying that her normal senses would only delude and distract her from comprehending hers and others’ lack of self, and their interdependence.

Kreia’s plot in KOTOR II then takes on a new light. It could be argued that Kreia is a nihilistic Buddhist in a Daoist cosmos, acting on the concept of Pratitya-Samutpada to destroy the Force, which is (as I explained in an earlier article) the Star Wars version of the Dao. She has seized upon the idea that everything is interconnected and interdependent, she has listened to the background vibration of life and the universe, and thinks that she has found a way to turn that against the Force itself.

The Exile is a tear in that pattern of echoes, and Kreia seeks to manipulate her and her connection to the Force in order to bring about a sort of feedback loop- to drown the Force in its self, to overwhelm it with its own totality. Her lessons to the Exile reflect not only an understanding of the totality of the oneness of reality, of the cause-and-effect of all actions, but a nihilistic rage against what she sees as the uncaring will of the Force. Kreia ultimately subverts the Buddha- where the Buddha suggests that Pratitya-Samutpada means that we should all love each other- as it is loving ourselves, as there IS no ‘other’ or ‘self’- Kreia seeks to use that oneness as a weapon against the Force. 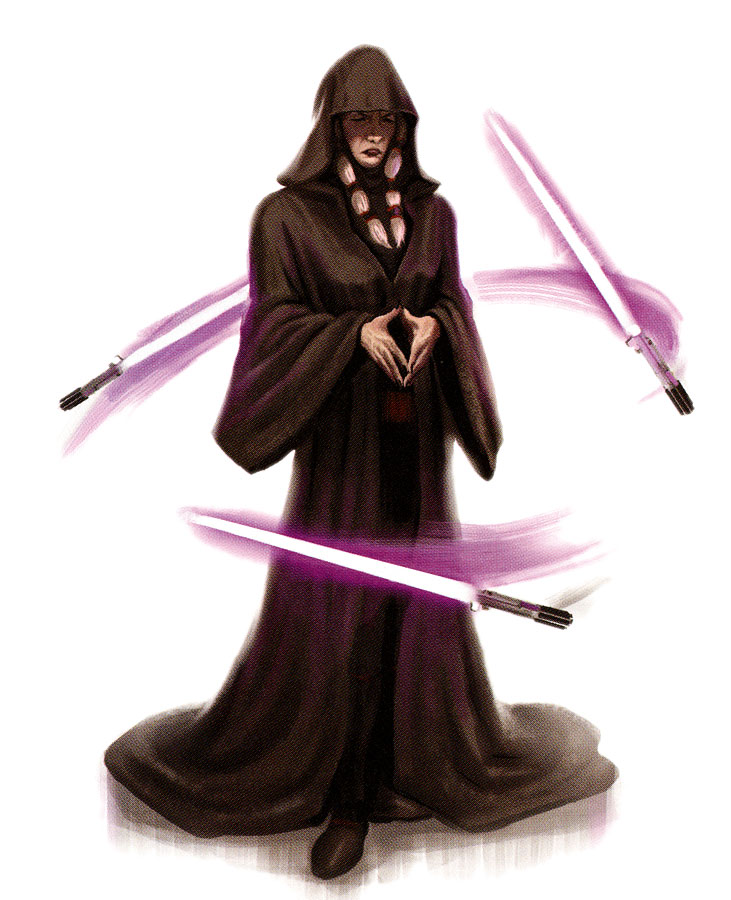 One thought to “Everything is Interconnected and Interdependent: KOTOR II and the Religions of India”