13. How did Obi-Wan know where Yoda was?

Dagobah, while not being at all noteworthy in a political sense, is a fairly noteworthy planet as far as the Force is concerned. It was “discovered” and subsequently forgotten multiple times over the years, and one survey team actually found that life there was abnormally ripe for genetic and medicinal research (remeber Luke’s “massive life form readings”?). Likewise, one of the reasons Yoda chose to hide there was because it was so choked with myriad other life forms that his own Force presence would be largely subsumed and harder to detect. Whether the strong Force signature caused the biological potency or vice-versa is pretty much a “chicken v. egg” situation, so it’s easier to just look at Dagobah as the Amazon rain forest of the Star Wars galaxy—teeming not just with life, but with an abnormal variety of life with abornally unique properties.

One thing that tends to bug hardcore Expanded Universe fans is the unusual amount of important events and/or people on Tatooine—a planet that’s very explicitly stated to be the ass end of space, but is constantly revisited due to its iconic status. Dagobah has a similar problem, relatively speaking, but its role as a major waypoint in the Force-User’s Guide to the Galaxy is, as I’ve discussed before, the ultimate get-out-of-jail-free card where coincidental arrivals are concerned. As such, there are a couple options for the origin of the dark-side cave, but the most likely candidate these days is a duel between an errant unnamed Dark Jedi Master and the Jedi Knight Minch—who was sort of a wink-wink, nod-nod stand in for a younger Yoda himself—in 700 BBY. The Dark Jedi was killed, leaving a stain on that location around which the cave eventually evolved. The origin of this story was a reference all the way back in Heir to the Empire to Yoda killing a Dark Jedi there; Lucas gospel, however, maintains that Yoda had never been to Dagobah prior to Revenge of the Sith, hence the stand-in. The death of a major dark-sider leaving a mark like that is pretty standard fare; in fact, one of the more creative fan theories going around in the early days of the prequels was that Naboo would somehow become Dagobah, and the cave was the spot where Darth Maul had died.

Anyway, what we can say is that Obi-Wan’s discovery of Kamino’s removal from the Jedi Archives prompted Yoda to probe a little deeper, ultimately discovering thirty-eight missing worlds, one of which was Dagobah. Foreseeing the potential need for a hideout, Yoda kept this information to himself, filed Dagobah away in his mental go-bag, and went back to business.

Which is a very long way of saying that, well, Yoda could’ve told Obi-Wan about Dagobah any number of times. Likely not before RotS, but it’s safe to say he knew where he was heading by the time he and Obi met with Bail Organa to divvy up the twins. And even if not, they were communing both with each other and with the incorporeal Qui-Gon Jinn pretty much the whole time, so it wouldn’t have been impossible for Yoda to beam an address into Obi’s head whenever necessary. The tougher question is, if Dagobah wasn’t on any records, how did Luke find it, with just a name? The only real answer there is that the Force guided his hand—which is another way of saying that Obi could’ve told Luke anything and he’d still have ended up where he needed to be, because the Force wanted it that way.

Which brings me to my last point—Luke was hardly the first person to encounter Yoda in those twenty-odd years of exile. There was also Starkiller, the renegade clone of Darth Vader’s secret apprentice, up-and-coming smuggler and Lucas doppelgänger Jorj Car’das, child adventurers Zak and Tash Arranda, Alliance historian Arhul Hextrophon, and Jedi survivor Qu Rahn, maybe the only person other than Obi-Wan to be taught the Force-ghosting trick by Yoda himself. Unofficially, this really is the same problem Tatooine has, because everyone wants to write a Yoda scene and everyone wants to visit the cave. But in-universe, the Force really does go a long way toward handwaving the problem. Come to think of it, maybe that’s where the term “handwaving” comes from…

14. Did Vader/Emperor ever have any suspicions about Leia?

Well, the easy answer is that they didn’t execute and/or recruit her despite plenty of opportunities, so almost certainly not. As far as Anakin’s offspring were concerned, they must have been totally convinced they were dead, or both Vader and Palpatine wouldn’t have rested until finding them—and though I say “them”, keep in mind that they had no clue there was more than one baby to begin with.

Beyond that, of course, there’s the matter of Force-sensitivity. Did they realize the Force was strong with her? Probably to some extent. I’ll be revisiting this topic in the near future, but for now, suffice it to say that low-level sensitivity may be far more common than people realize. Vader certainly knew Leia had a far above-average mental resolve after he failed to torture the Rebel base’s location out of her, and that’s likely not an unheard-of phenomenon. Likewise, he doesn’t have to spend much time trying to tag Luke in the Death Star trench before concluding that he as well was strong with the Force. Whether that’s due to specific information from Vader’s higher senses or just an assumption based on his piloting skill is debatable, but academic—the point is, in both Luke’s and Leia’s case a Force-rich constitution doesn’t seem especially remarkable to him.

Back in the old days of Jedi-on-Sith warring, it’s safe to say someone like Vader would’ve snatched up Luke and/or Leia for training at the earliest opportunity; or, failing that, killed them to deny their abilities to the Jedi. But in the days of the Rebellion, there ostensibly are no Jedi, so there’s much less motivation to wipe out every last higher-than-average sensitive one comes across—and in Leia’s case, a bevy of political repercussions if he did.

15. Did Vader let Luke go after Empire? I feel he could have found him in the three years between then and Jedi if he wanted to.

First off, note that while three years did pass in-universe between A New Hope and The Empire Strikes Back, the in-universe time span between Empire and Return of the Jedi is actually a little less than one year. It helps to remember that The Battle of Endor, as such, takes place in 4 ABY. 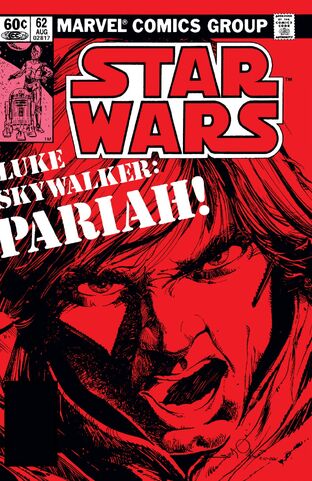 And to answer your question, no, Vader most certainly did not let Luke go. While it is unusual that he didn’t kill Admiral Piett upon the Falcon‘s escape from Bespin, consider what he’d just been through: he’d revealed his identity to what he believes is his only child, and said child chose to plummet to his death rather than ally with him. At this moment Vader may actually be feeling remorseful, or at least regretful, over the whole thing, and letting Piett live could be seen as the first stirrings of Anakin Skywalker returning to life. Or he could just have been too preoccupied to bother choking anybody.

In any event, Vader spent the intervening months the same way he spend the years after Yavin: searching for Luke and trying every trick in his repertoire to draw him out. Most notably, he tasked his apprentice Shira Brie to infiltrate the Rebellion and discredit Luke, hoping that if the Rebels cast him out the Empire would start to look like a better option.

When not hounding his erstwhile offspring, Vader was also busy in this period dealing with his chief competitor for the Emperor’s favor, the crime lord Prince Xizor. While clearly no match for a bona fide Sith Apprentice, Xizor had eyes and ears everywhere, and had proven greatly useful to Palpatine, who had no special qualms about Xizor’s illegal activity as long as he knew who was running the show. Ultimately, Xizor’s ambition combined with Vader’s distraction (see previous paragraph) made him too serious of a rival, and Vader destroyed him. Of course, Luke was involved in that whole mess as well, but their paths never crossed.