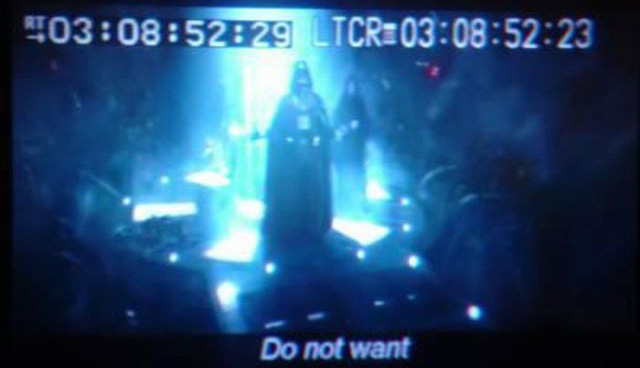 You know you’re successfully fleeing the end when you realize yes, you do give a damn and still continue to care about this stuff. Companies, however, in their corporate wisdom often fail to realize the importance of this outlook and the financial benefit they accrue from it. For, where a consumer would likely conclude “fuck this shit” and walk away, a fan will, as part of giving a damn, contrive ways to justify the continued purchases and interest.

At present there is an interminable haze over the nature of the Star Wars expanded universe on the part of Disney and Lucasfilm. Doubtless this is done with good intent, they don’t want to issue a harsh statement that would see lots of fans feel done over and so walk away. Yet in the absence of that declaration, speculation reigns and speculation says standard corporate practice is exactly that which is not being said!

The problem here is that standard corporate practice says: Once a property is massively successful, you do not need to worry about retaining fans, you can always get more. The second line is that fans, by their very nature, may rant greatly but they will not put their money where their mouth is! Besides, even if a fan does quit, they’ll be back for Episode VII and all the others, so nothing to worry about.

Wrong. It takes a lot to get fans to the point where they do conclude it’s time to call it a day, but once at that point and once the decision is made, chances are good they will not come back. They may see the new films in the cinema or buy the Blu-Ray but that is about it. A deeper investment? Purchasing books and comics and what not? Why would they do that when the previous return on their investment was to say those stories that years were spent spinning are no longer in the frame? Why enter into all that again when the likely end is clear?

Anyone who has been in any organization that has restructured will have had to deal with the logic of human resources which dictates that roles are interchangeable and individuals do not matter. This attitude tends to be replicated on franchise stories; you do not like a particular story? Well, we do not require your fandom either, it is replicable and the door is over there. Like human resources do with personnel, it is assumed, once a franchise hits a certain level, there will always be more. 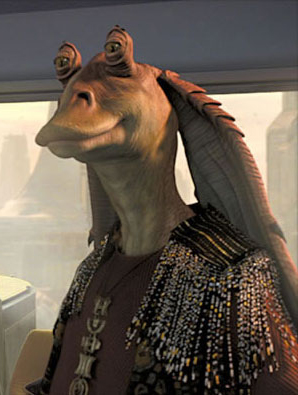 What gets missed is the essential difference – a fan ultimately is not as reliant on the franchise as an employee is on their job, the two are drastically different – the one you do for money to pay your way, it may not be your entire motivation but it’ll be a large part of it. The other is something you acquire with remaining funds generated by the former. Treating fans as disposable is self-destructive behavior but it’s something Star Wars has form for – don’t like the Prequels? Who cares? Millions of other do. Don’t like the New Jedi Order? Loads of other people do. Don’t like Fate of the Jedi? New York Times bestseller status in your face! And it doesn’t matter how long you have been involved with this, the quality of your fandom is irrelevant to quantum.

If there is one thing guaranteed to infuriate and exasperate it is being told you are not needed. You do not matter, you do not count. The only revenge is to scorn your former fandom outlook, go full consumer and place Star Wars on a financial starvation diet in the hope the fat bastard finally wises up. Think again! By the measure of finance, the Sequel Trilogy will be a success – the chances of it not making a profit is 453,675,786:3 – had Goldenrod crunch the numbers earlier. This says nothing of the fans it will attract – will they be interested purely in the films or will their interest expand further? The evidence of the Marvel films suggests the former – few are going to see Thor: The Dark World and then order a Thor book from Amazon.

Regardless of the truth that you cannot please all of the people all of the time, there has to be a better way to engage with the fans than this destructive, dismissive attitude. One company that has, over the years, established an excellent way of engaging the fans is Dark Horse Comics. It even survived the double nova-class screw-up that was cancelling Legacy and Knights of the Old Republic! How does it work? I think it rests on sincerity. Even if fans disagree point-blank with a creative decision, they are willing at least to grant it came from good intent or was thought about. Even the recent Brian Wood Star Wars title likely gets that granted it, not that it answers the other question of how it managed to get a 20-issue run no matter what – but no one’s perfect, not even Randy Stradley.

The benefit of this approach is that those producing the material are not beholden to fandom – which, contrary to popular belief, no one wants; yet neither do fans feel dismissed or taken for granted. It is a very careful balancing act and one that arguably DHC has made look considerably easier than it is. That said it’s only based on the key aspects of maintaining any brand – don’t take your audience for granted and don’t lose integrity, if you do lose it, get it back quick! Lucasfilm have been spectacularly lousy at this for the last decade, the name Lucas isn’t well-regarded, so Disney do have an opportunity here. Their immediate opportunity lies in resolving the EU haze in a positive fashion. If they can somehow do that it’ll go some way to re-balancing their credit deficit, which took a hammering with their transfer of the comics licence to Marvel.