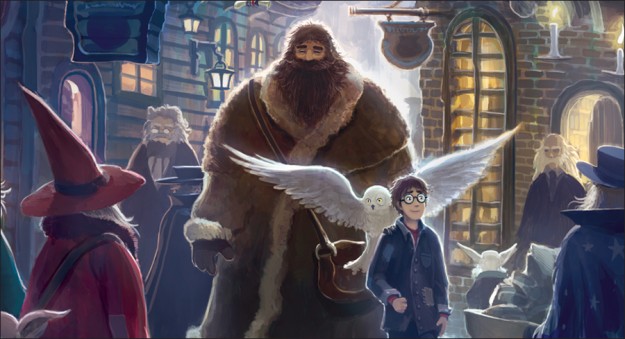 There’s been something rattling around in my brain ever since Mike recently asked us what story we’d like to see in The Pitch – Novels Humbly Requested by Eleven-ThirtyEight. At the time I requested a Romance novel and still stand by that, but I debated on asking for a completely different type of book. As I walk around a bookstore or browse an online site my travels take me all over the place. Sure I love Sci-Fi/Fantasy and the majority of things I read come from there but I also frequent the Young Adult section. I used to feel goofy about this until I went to a panel by Tamora Pierce at a Con last year that was specifically designed to talk to adults about reading Young Adult books. Sure everyone and their parents read Harry Potter but I’d been reading Young Adult books (series I started as a young adult that I didn’t want to give up) for a long time before that became a fad. With the success of J.K. Rowling’s Harry Potter and Ric Riordan’s Percy Jackson series plenty of authors have made the jump to writing a YA series on top of their adult series. Notable names like James Patterson and Brandon Sanderson have jumped into the genre with both feet hoping to capture some of the market share. So why hasn’t Star Wars made an attempt?

One could argue, I suppose, that there isn’t much of a difference in level of writing in our current books between adult and young adult fiction. One could also argue that a novel such as Troy Denning’s Star by Star that primarily followed the younger generation through a journey could also be classified as YA because of the ages of the characters and the problems they faced. However, the problem I see is that they aren’t being shelved or marketed that way and therefore parents looking for those next-step-up books aren’t going to find them as easily. I, as a young adult, jumped from reading The Saddle Club series to Star Wars’ Heir to the Empire when my mom took me to the book store and told me I had to find longer books to read. So I made a jump from 150 page cutesy horse stories to 400 pages of tinier print essentially skipping the young adult books without problems but it was a random find in the bookstore. Now, people don’t browse in the bookstores as much but rather they click on links on websites and if a parent clicks on the Young Adult link they’re not going to find a Star Wars book recommended for them. I know my mom was worried when I picked out the Zahn book and she insisted on reading it before me so that she could be sure of the content (despite the Star Wars label on it) since it was in the adult section of the bookstore and I was not quite even a teenager yet.

In-universe, Star Wars expands over multiple generations and many different characters. There never seems to be enough pages to include them all so with the galaxy being such a big place and the cast of the EU being large enough to support multiple books and periods of time a young adult series would make a nice addition to the writing lineup. The fans of the EU have been asking for more character building of the younger generation for quite some time now. The passing of the torch from Luke’s generation to the next hasn’t happened because we’ve not gotten enough from the next generation to support a takeover. With the decreasing page count in the novels (HTTE’s 434 to Honor Among Thieves‘ 289) there doesn’t seem to be an emphasis on developing new or younger characters in the more recent books. A YA series would be the perfect place to give the next generation page time without the adult authors feeling like they’re sacrificing the main cast in order to do so.

Back in 1995 Kevin J. Anderson and Rebecca Moesta started a young reader series about Leia and Han’s children and their adventures at Luke’s Jedi Academy. These books were the building blocks for the characters featured prominently in the NJO. They also unfortunately gave us the characters deemed “expendable” by the stable of authors and thus the next generation was never able to take over as they should have. This idea needs to be redone in today’s style of YA fiction. Back up a few years in the timeline and give us some Ben Skywalker adventures. Develop other young Jedi or non-Jedi to grow up with him and send them on adventures that today’s younger generation could get into. These types of books will suck in readers that you’re missing right now. I firmly believe people write fan fiction sometimes because the author has decided to stop the series (like Harry Potter) and they just want to know more about those characters. So if Star Wars can start to develop some quality YA they’re going to have more readers in the future because people want to know what happens to their characters. As much as we don’t want to admit it, Episode VII offers a new start and a way to do things right by not ignoring the Young Adult section of the bookstore.

In the Sci-fi/Fantasy genre YA novels are important because there tends to be explicit material in many of the adult novels. I still seek out YA to read because I feel like the storytelling is sometimes better in the YA series of today. So many of the Fantasy series get lost in the sex and its refreshing every once in a while to see a book focusing on the plot, the magic or the characters. Now don’t get me wrong, I love a good romance book and as I’ve said before I would adore a Star Wars romance novel but there is something in the YA series that keeps me willing to try out new authors and I feel like it is the focus on the storytelling as opposed to other things. Star Wars already tries to do that so it shouldn’t be that difficult for them to be able to expand into the YA section.

The setup is there for Star Wars to be a prominent figure in the YA scene. The people have spoken loudly with their money from Harry Potter to Twilight to The Hunger Games that YA is a worthwhile investment for companies and authors. Episode VII is going to introduce new characters to fans who will be seeking out more Star Wars to find out what happens to those characters. A great followup to Episode VII would be a YA novel set immediately after. Star Wars has always done a good job marketing to children but the gap between child and adult is a large chasm to leap across. I adore all of the kiddie books I can buy for my niece and nephew. My 6 year old niece already loves reading and (with the help of her parents) has read several of the Percy Jackson series already. I wish there was a Star Wars book I could recommend that was on par with that series for her to read instead. The current young reader Star Wars books are beneath her level of reading and she’d read through them in one night. Parents out there need a Star Wars YA series to fill the gap between child and adult books. LFL should focus on keeping those young fans interested in Star Wars after they hook them with all the wonderful children’s books they have by releasing a YA series.

4 thoughts to “Is Star Wars Missing a Crucial Reading Category?”