Played by Denis Lawson, Wedge Antilles was the quintessential fighting man of the Rebel Alliance. In A New Hope, Wedge is a rookie X-wing pilot, call sign Red Two. He saves Luke’s life by blasting a TIE Fighter pursuing him to pieces. Wedge also holds the distinction of being the only Rebel pilot other than Luke to survive the Trench Run. In The Empire Strike Back, Wedge is also back, flying as Rogue Three and knocking down Imperial Walkers from the cockpit of his snowspeeder. Finally, in Return of the Jedi, everyone’s favorite Rebel pilot returns again, leading an entire group of Rebel fighters as Red Leader. And, more importantly, Wedge gets a second chance to kill the Empire’s dreaded Death Star, along with Lando Calrissian at the helm of the Millennium Falcon.

Wedge is also included in the movie’s final scenes, celebrating in the Ewok village with his fellow Rebels as they exalt in the destruction of the second Death Star and the deaths of Emperor Palpatine and Darth Vader. These roles, as well as the character’s popularity in the various forms of the Expanded Universe, make Wedge one of the few supporting characters that even casual fans know. He is in fact well-known enough that various media outlets reported the other day on a story that Denis Lawson had turned down a cameo role in Episode VII (as he did for Episode III), stating that he was bored with the role and had no interest in playing a bit part. 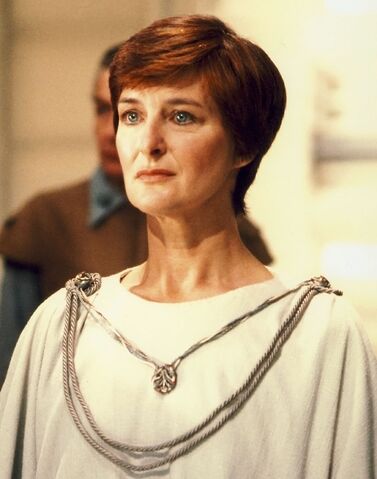 I am one of many fans who was more than a bit bummed about this news. I can’t fault Mr. Lawson and I sincerely hope that he has a role in future episodes of the Sequel Trilogy, but it is still a bummer all the same. Star Wars is many things to many people. It is the core cast, it is the Force, it is lightsabers and starships, but it is also about those folks who make up great supporting roles. Recurring minor roles, when done right, ENRICH the universe of stories that they are told in. This is the same for TV, movies, books, comics, and just about every other medium for storytelling. They provide crucial continuity and often develop into solid characters of their own. What may start out as a “random fighter pilot” or “alien admiral” or “Rebel leader” sometimes turn into Wedge Antilles, Admiral Ackbar, and Mon Mothma. These characters, when handled properly, can often support the “B” storylines of movies & TV shows and interact in meaningful ways with the main casts. Just look at Return of the Jedi. While the Big Three are either attempting to destroy the shield generator or facing the embodiment of evil (while attempting to redeem a parent), the Rebels’ valiant efforts against the Imperial Fleet are led by Admiral Ackbar, Lando Calrissian, and Wedge Antilles. All three characters have multiple scenes and actually perform meaningful roles in the movie.

By the way, don’t think that fans cannot influence the return of popular minor or supporting characters. In the aforementioned Return of the Jedi, it was fan letters that caused the powers-that-be to include Admiral Piett again, making him the admiral that Vader spared. We have even seen this is other Star Wars mediums, like the extremely popular and well-regarded Legacy comic series. Admiral Gar Stazi, the Duros officer who leads the remnants of the Galactic Alliance nearly 140 years after the Battle of Yavin, was so well liked by fans (full disclosure again, including me) that his creator John Ostrander decided to use him again, eventually giving the character his own arcs. And let’s not forget that George Lucas himself thought that the Twi’lek Jedi Aayla Secura was a cool enough character to bring her to the big screen in Attack of the Clones and Revenge of the Sith. These are great examples of fans (including the Maker himself) liking a minor character and in turn using them in meaningful ways.

Regardless of whether Denis Lawson eventually appears in the Sequel Trilogy as Wedge Antilles, I for one am encouraged that J.J. Abrams & Co decided to approach him. It shows that they also get the value of supporting characters. They are fans just like us, after all. And who knows, maybe other great supporting characters, like a certain Mon Calamari admiral, may appear as well…

4 thoughts to “In Praise of Minor Characters”