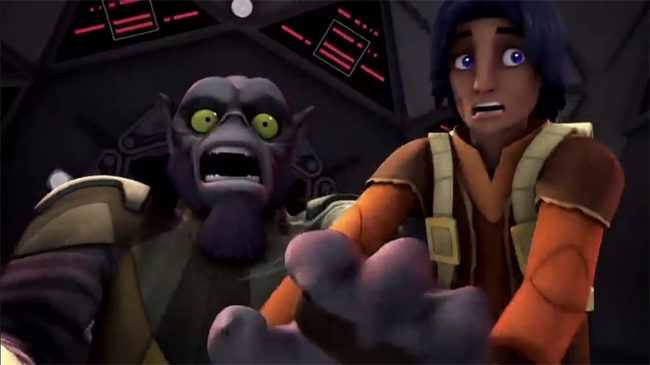 When a TV show is written, the staff has a choice to make: How will the show find its balance between character development and the plot? The Clone Wars was a show where the events of an episode held precedence over characters. Not that there were no character moments or any development, but the story came first, especially early on when summaries of episodes could be “Godzilla IN SPACE” or “the Seven Samurai WITH BOUNTY HUNTERS”. Whatever concept the TCW writers wanted to put on screen, they put there, regardless of whether it was a good fit for the characters drafted into various roles. While there were episodes that got away from this, it’s a tendency that colored the show’s entire run.

Another decision, one more specific to action-oriented media, is the stakes of a given story. From episode to episode, something or other may be at risk or hanging in the balance. Is it the fate of a world, or merely the well-being of a few people? TCW tended toward the dramatic side, where the stakes were high, be it to save hundreds of lives, catch a dangerous fugitive or stop a superweapon. While there were some low-stake episodes that focused less on the action and more on character interaction, they became fewer and fewer as the show moved into its later seasons and more driven, multi-part stories took over.

Compare and contrast the average approach TCW took to what we have in “Fighter Flight”. The stakes are almost absurdly low, and the plot is reduced to an undercurrent. The focus is on Zeb and Ezra, on their abilities and interactions, what makes them tick and what makes them scream. The two bicker like brothers, teasing and shoving each other about in a manner immediately familiar to anyone who lived with an older (or younger) sibling. It is the exploration of that relationship that drives the episode forward; though plot elements from the series as a whole are present, they are only sideshows to the main event.

While a childish concept like the characters battling the Empire over a fruit shipment might have turned into a farce, “Fighter Flight” thrives on its immaturity even as it forces both Zeb and Ezra to grow up, just a little. The pair are not only forced to cooperate in the face of the Empire and their “mission”, they each gain the other’s respect and turn their antagonism into friendship. When Sabine unveils her painting of the irascible duo locked in their seeming eternal conflict, we see at a glance how much their relationship has progressed from the beginning of the episode. 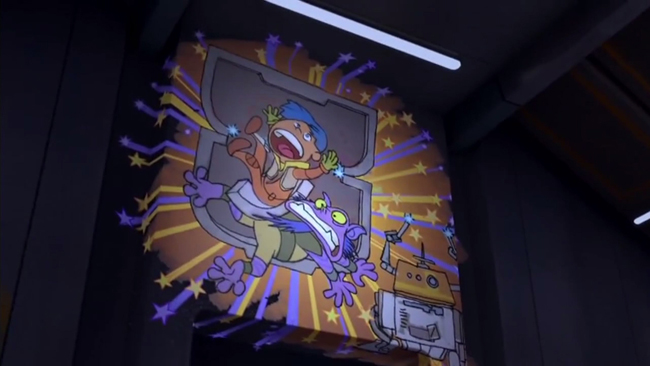 The undercurrents of the episode, seeing the Empire’s co-opting of farmland that was mentioned in Spark of Rebellion and Ezra’s growing altruistic streak, expand on things seen previously without providing anything essential to the show’s arc. This is a bottle episode, make no mistake; using elements already brought up or used in the show previously and doing nothing too new or spectacular. And like most bottle episodes, it relies on its characters to carry the running time.

“Fighter Flight” is the sort of episode that TCW had too few of: a small character piece. Its juvenile Aesop and slapstick combat could have turned it into a farce quite easily. The episode is not wall to wall action with the fate of the galaxy at stake, it concerns itself with a pair of characters and gives them a team-building exercise. The characters themselves are what drive the plot forward, rather than the other way around, and in so doing it gives the audience a clearer picture of both Ezra and Zeb, as well as forming a bond between them to be used in the future.

One thought to “Character Building and the Art of Filler”