“Star Wars is for kids.” How many times have we heard that? How many times have people stereotyped Star Wars fans either as children or as adults who didn’t quite grow out of it? Why are all the cool Halloween costumes for kids, and why do we so often find the local library’s Star Wars selections in the children’s area? In such an expansive universe, why should we so limit it to children? Many of us discovered Star Wars as children and have followed the universe into adulthood, and only now realize that there is something in Star Wars for all ages. It’s a universal story, one that we can all connect to.

When I first started seeking out Star Wars books seriously, I was 12 or so. Just too old to really hang around in the children’s area of the library or bookstore, just too young to really be in the adult area. And so often, I’d have to traverse an entire library to find what I was looking for. Hunting down each book of the Bantam-era EU took me across most of southeastern Connecticut, and every new library I went to had a different place for the books. Piecing together the timeline through children’s, young adult, and adult novels proved a challenge, and the variety of stories made me wonder. Why did Star Wars have to be perceived as a story for children? The fans I was meeting, both in person and online, were of all ages. There were books catering to all age groups, there were always new people discovering Star Wars, and the overall market didn’t seem skewed towards children. And yet there was still a lot of public opinion that Star Wars was a kids’ story. 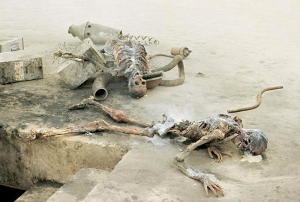 However, when I look back on what I was reading, it most certainly wasn’t for kids. I grew up on the more tame- but by no means childish- Bantam-era, and when I started reading the New Jedi Order in high school, that certainly wasn’t exactly child-friendly. A wide-spanning war in which we saw so many deaths, so much torture, so much suffering wasn’t the sort of thing I’d have been able to handle as a child, and even though I’d been introduced to the franchise as a child, it had grown up with me. At the same time, there were still a good many child-friendly books out there, and the variety of products for all ages brought more new people into the fandom and allowed it to grow with them.

A lot of us read the Jedi Apprentice or Young Jedi Knights books when we were the right age for that. Many of my fellow fans saw the Special Edition of the OT in theaters when we were in elementary school, followed soon after by the prequels. Of course we wanted to know more of this great universe we’d seen on-screen, and from there we ended up reading the novels. Many of the current generation of fans have grown up with Star Wars; we got introduced to the series as children, saw the prequels as adolescents, and in between read the books that detailed our favorite characters growing up. Now we are seeing a new generation of Star Wars fans, and they are getting stories structured much the same as the ones we first saw.

Rebels and The Clone Wars are both excellent examples of a story, directed at children, that is enjoyed by all ages. Rebels is on a very child-friendly channel, and many people see cartoon shows and assume that they’re directed towards children. However, the more I watch of Rebels, the more it turns out to be much like the novels I read as a teenager. It’s a story that’s superficially a fun cartoon, but turns out to be much darker. Rebels is set during one of the most difficult times in the Star Wars saga, in which the Empire truly does have an iron grip over the galaxy. With any kind of resistance scattered and easily destroyed, our heroes are one of the few bright points in an otherwise dark and ominous galaxy. This isn’t just a fun adventure and the tale of a ragtag band of misfits trying to break the tyranny of the evil Empire. This is the beginning of the Rebel Alliance that we know, a ragtag band of misfits fighting against all odds and all common sense to do the right thing. It’s an admirable cause (if perhaps a slightly uphill battle), but these are characters whose archetypes we have seen before. Even children recognize this- the mother-figure who’s the voice of reason, the grumpy guy with a soft heart, the tough guy who’s more insecure than he admits, the wide-eyed kid looking for adventure, the girl who’s had to grow up too fast and hides it behind her street smarts, the family pet who’s just as human as everyone else. Kids are familiar with the general ideas behind Rebels (and of course lightsabers and space battles are always awesome), and we adults are returning to the galaxy we know and love, with a story set in a time we haven’t really explored much of before. The galaxy is in a very difficult time, and we are seeing one of the few points of light in it. This is the story that resonates well with all ages- a tale of bravery and adventure and friendship and discovery, all in the backdrop of a galaxy at war.

Children’s stories are often thought of as being less intense than stories geared towards adults, and with fewer serious themes. We forget that children do see quite serious things in their lives, and that children’s stories are not as innocuous as they seem. Fairy tales are full of horror; cut-off toes, being eaten by witches or wild animals, parental abandonment, and more. We see burned bodies, a whole planet being destroyed, torture, losing limbs, and the destruction of the Jedi Order. These aren’t just fun and fluffy stories, and somewhere in the middle of Vector Prime when I was fourteen, I wondered just what I was reading. Much like fairy tales, many people assume Star Wars is for children when it does actually have many rather child-unfriendly elements. 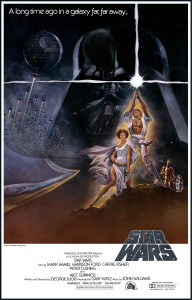 But what makes the Star Wars saga so engaging for all ages? There are so many communities of adult Star Wars fans, and by now the movies have been out long enough that a great many adults can remember seeing the first Star Wars in theaters a long, long time ago. They’ve passed that on to their children, and now the third generation of fans is in the making with Clone Wars, Rebels, and soon the sequel trilogy. By now, “tell me the story of Star Wars” is a rather complicated task, and “where should I start in the Star Wars universe” is a question debated throughout the fandom. Speaking of that, how do we reconcile a space opera/fantasy in a science fiction setting with a story that has drawn in so many diverse people from all walks of life?

What makes Star Wars so accessible is how universal a story it really is. The hero’s journey framework that Star Wars is based around is a tried and true format for many different tales, and has been used and tweaked for thousands of years before it was ever formally recognized. Luke Skywalker’s story is the same as that of many other heroes, and Anakin Skywalker’s fall to the dark side fits well with many more fallen heroes. Many stories feature a damsel in distress, and Leia and Padmé prove to be as creative and self-rescuing as the heroines of fairy tales and legends. Sidekicks and everyman-narrators are a proud storytelling tradition, and our pair of loyal droids fit well into the pattern. Mysterious messages that begin a call to adventure, an old hermit who knows more than he pretends to, family members in places not expected, and great political intrigue all make for good storytelling. We can all make fun of things in the Star Wars universe, but we can agree that it does tell a good story. It’s a good story regardless of your age or how familiar you are with the format; with the hero’s journey being one of the best known frameworks out there for an epic tale, we’ve all seen it before. But the unique twist that Star Wars puts on it, along with the multi-generational nature of Star Wars stories, makes it an ongoing saga.