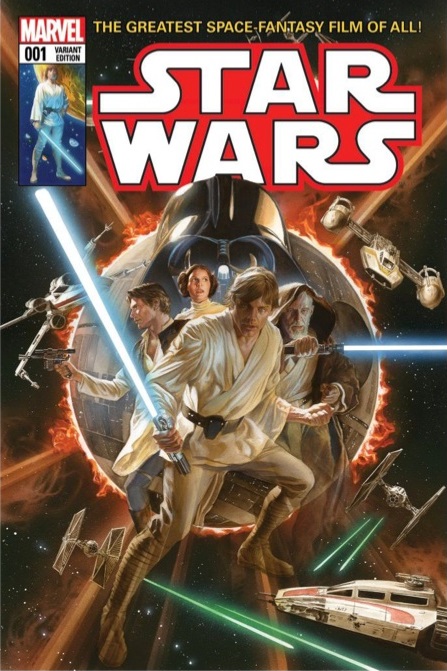 After months of stories set between Revenge of the Sith and A New Hope, the new Star Wars canon has now moved whole-heartedly into the post-Yavin time period with the Star Wars and Darth Vader ongoing comic series from Marvel and next month’s Luke novel Heir to the Jedi. Advance review copies—or ARCs, as us super-cool blogosphere folks call them—for HttJ have been circulating for a while now, and already one prominent discussion topic has been whether it takes place before or after the events of the already-released Star Wars #1. I’m still working on my own ARC so I couldn’t speak authoritatively on that subject just yet, but I do think there’s something else worth asking right now: how badly do we need to know?

A while back I spoke about the continuity-shaking chaos that was the Legends post-Yavin timeline, and how impossible it was to arrange a logical sequence in which all the known events could take place. I expressed my hopes for the new canon as such:

“The exact chronology isn’t clear yet, but if HttJ takes place, say, six months after ANH, for god’s sake, make that clear in the story. I want to feel those six months in Luke’s character, and if a story in the comics takes place at the same point in time, Luke shouldn’t be there. If he gets so much as a papercut on the fourth day after Yavin, I want to see a band-aid on his finger on the fifth day, no matter how much time separates those two stories in the real world.”

I stand by that for the most part, but permit me to walk it back slightly in one respect: from all appearances, SW and HttJ are both pretty damn soon after Yavin. In setting up a new status quo for this era, both stories go out of their way to follow up ANH both logically and directly—and that being the case, it’s my suspicion right now that the chronology could easily go either way. So until we get a solid groundwork laid, isn’t it better to keep their precise timing ambiguous?

In my earlier piece I was operating under the assumption that new works would continue the Legends practice of giving absolute dates up front and expressing the hope that those dates would be respected, but on second thought, I’m just as happy to keep the “shortly after Yavin” subgenre nice and vague. Not forever, of course—there’s nothing I love more than solid continuity like that papercut example I gave, but until enough content is built up that it becomes important to establish that story X is however many months after story Y, I’d rather save that for the inevitable reference material to sort out, once they have the benefit of hindsight. 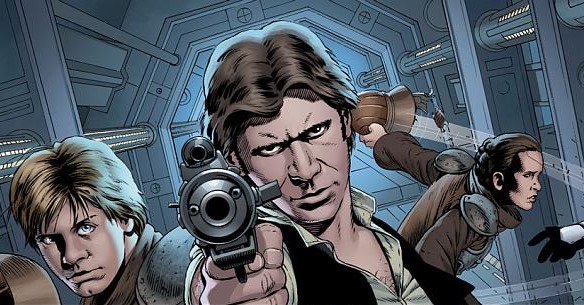 One very smart thing both SW and HttJ have done (so far, anyway) is stay away from the Yavin Base itself; think of how many problems were created in the Expanded Universe simply by setting the first scene of a story there before the Big Three jetted off to wherever. Does this mean that in the new canon they evacuated immediately? Maybe, but until and unless they decide to tell that particular story, having the foresight to leave it be is already a huge improvement from the old days—and very possibly a sign of Story Group at work.

And speaking of keeping things vague, last week we talked about the possibility of Jedi survivors making it into the original trilogy era, and what that would mean for Yoda and Obi-Wan’s professions of Luke’s importance. This is another area where the old EU maybe got a little out of control, and it too is an example of the danger of making absolute statements. There are reasonable arguments against Kanan and Ezra running around during Return of the Jedi, but needing Yoda to be correct isn’t one of them; no character should be omnipotent, nor should they be above misspeaking or even dissembling—certainly not in the franchise that coined the phrase “from a certain point of view”.

That being the case, in-universe statements aren’t really the big problem here—people can always be wrong. But if you really stand back and examine the length and breadth of the EU (which is pretty much what we’re here for), a great deal of the biggest continuity problems came from supposedly hard numbers—it doesn’t get more absolute than “three million clones”, does it? Look at the Thrawn trilogy—as the foundation of the modern EU, its continuity held up pretty damned well before the reboot, with the sole exception of the subplot that hinged on a specific number of years having passed since the Clone Wars. Even the films get into trouble with this: did the Old Republic exist for a thousand years or a thousand generations?

To their credit, I think Dark Horse learned this near the end: Marvel’s upcoming “The Empire” Epic Collection features a whole bunch of random DHC stuff that was originally dated as “in the months following” RotS or something comparably nonspecific, which was mildly annoying at the moment, I’ll admit, but I’ll bet it made life a lot easier for whatever Marvel intern had to figure out what order to put them in. Maybe we don’t have a lot of sympathy for Marvel just now, but what happens when Jason Fry or Dan Wallace sit down in a couple years to write the New Essential Guide to Stuff After Yavin?

I guess what I’m saying is, I want these numbers as much as everyone else, but I can’t fault them for not being in a hurry. For now I’m content to just let the writers tell their stories, and Story Group can sort it out later.

2 thoughts to “Only a Sith – On Reboots and Absolutes”