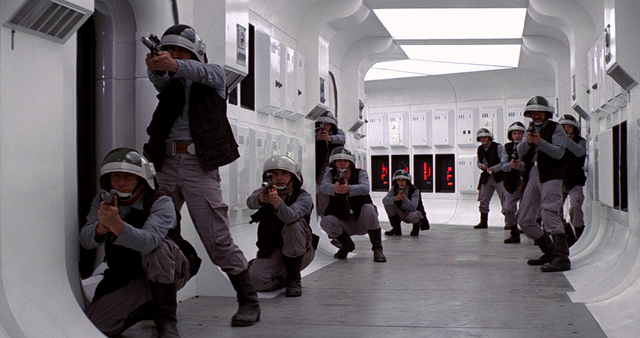 There is also the imposed restraint of “movie secrecy” as well. Given that everything to do with The Force Awakens is being kept under wraps, Lucasfilm doesn’t want any non-movie media to eclipse the storyline of the movies. Their rationale is easy to understand; the movies are their biggest property and they don’t want them to be spoiled by other media. This restraint still leaves a whole lot of Star Wars timeline to explore, but the Story Group seems to have found its happy place in the time between Revenge of the Sith and A New Hope.

There are many fans of established series that tend to crave for prequels more than sequels. That is because they know the broad strokes of interesting things happened before whatever series they enjoyed even if they don’t know the specifics. For example, in Star Wars we knew that Darth Vader was Luke’s father after the original series, we just had no idea how it happened. Hence the desire from fans to see that story told. On the flip side, no one was asking for Mara Jade’s story after Return of the Jedi, because no one knew there was a cool story to tell until it was actually told.

So what does this all mean for inter-trilogy media? With inter-trilogy media we know the start and we know the end, but we’re left with that same prequel-esque question of how did that become this. The problem with approaching stories from the point of view “how did that become this” is that you run the risk of sacrificing storytelling for hole-filling.

At Celebration Anaheim the Story Group emphasized the fact that they aren’t interested in hole-filling, which is a promising sign and one that for the most part they seem to be holding true to. The problem is that hole-filling stories are often the easiest to market and get the fans on board with. 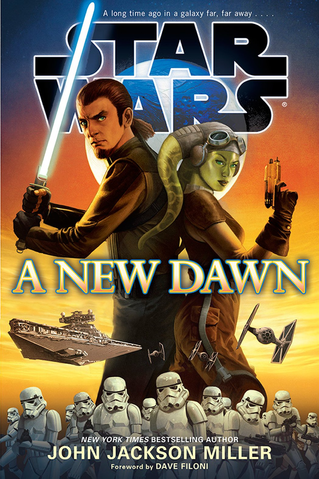 Of the four Del Rey titles released in the new canon – A New Dawn, Tarkin, Heir to the Jedi and Lords of the Sith – for me the best was by far A New Dawn. There are many reasons for that from John Jackson Miller’s writing to a general fun adventurous feel, but more than anything it serves as a shining example of what an inter-trilogy story should do.

It starts from the idea of “how did that become this” – how did rebel cells and groups start to form following the fall of the Republic – but it doesn’t actively try to fill any holes. There were no questions about the how things are in A New Hope that A New Dawn explicitly answered. It introduced two new characters, showed what the galaxy looked like in the years following Revenge of the Sith and gave an inkling of how the rebellion started to develop.

The same can be said for the Rebels TV show in general. The idea of the show has been to show how the galaxy changed between III and IV without explicitly showing how all of the moving pieces were arranged at the start of IV.

Jason Fry’s Servants of the Empire series is another wonderful example of this. The series gives us a glimpse into the Empire’s operations with entirely new characters in a way that feels like an important story in its own right, not with the sole purpose of fulfilling our appetite for more information.

The problem with hole-filling is twofold.

Firstly, for the reader or viewer it is anticlimactic, purely in the sense that you know where the story starts and you know where it ends. I read Labryinth of Evil by James Luceno after having already watched Revenge of the Sith and I couldn’t stop myself from spending the entire time connecting the dots. I knew where Anakin, Obi-Wan and the Chancellor all had to be by the end of the book and I couldn’t help but start forming the intermediate parts in my head. I’ve heard that many who read the book before seeing the film enjoyed it, but it just didn’t work for me.

Secondly, the writers themselves are restricted. They have a beginning and an end and they don’t have the full freedom to play around with the characters and plot like they normally would. I don’t have any insight into the instructions or restrictions that the Story Group normally gives to their creators, but I know if you are writing the story of how the Death Star plans were stolen it needs to end up with the Death Star plans in Princess Leia’s hands. 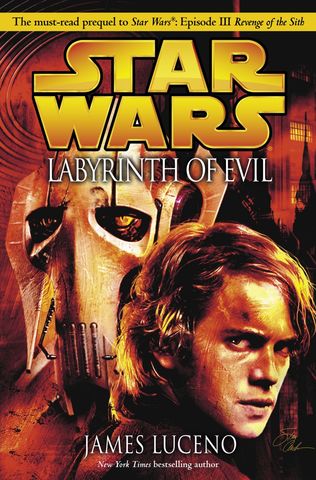 This brings us to the potential problem of Rogue One. The premise of Rogue One is a hole-filler. We start with the rebellion not in possession of the Death Star plans and we end with the rebellion in possession of the Death Star plans. It will essentially serve as the lead in to A New Hope, which worries me slightly. I have faith that Gareth Edwards and co. will make a great film, I just worry about spending the entire time in the theatre trying to connect the dots myself before the movie does. One thing Rogue One has going for it that Labyrinth of Evil didn’t is that it will likely star an entirely new cast of characters so at least the character’s fates will be a mystery even if the overall outcome isn’t. Maybe this is more of a problem with me and how I watch and read things than the story process itself, but I imagine I can’t be the only one.

This issue of how to tell an inter-trilogy story and answer the question of “how did this become that” without sacrificing the storytelling itself is about to become even more important in a few short months. After The Force Awakens is released we are going to have another inter-trilogy period for the Story Group to dive into.

Given how things like A New Dawn, Rebels, Servants of the Empire and even Lords of the Sith (which had its own problems, though nothing to do with hole-filling) have handled the inter-trilogy period I’m optimistic about how the non-movie media will handle the gap between Return of the Jedi and The Force Awakens. That being said I think there are suddenly going to be a lot of calls for pre-TFA stories exploring the backstories of Finn, Rey and Poe. The temptation to fill these gaps will certainly be there, but the Star Wars galaxy is a big one and we will have a new 35-year gap worth of stories to tell. How the galaxy changes from VI to VII shouldn’t be limited to stories about characters we already know going on adventures to which we already know the outcomes. It’s important that the Story Group uses this new opportunity to tell new stories about new characters and make the galaxy bigger, avoiding the temptation to fill in every last hole.

2 thoughts to “How to Tell an Inter-Trilogy Story”