Late last week, an excerpt from the upcoming Star Wars: Aftermath by Chuck Wendig was released. To say it proved divisive amongst fans would be an understatement, but disliking a particular writing style is hardly a big deal, no? If only it had stayed at that. No, some of those who greatly disliked it felt a need to add a qualifier to their criticism, that clearly the book was written for a younger and dumber audience, demonstrated by its short sentences and use of present tense. To these people, the excerpt was proof that their beloved Star Wars was being hijacked by short-attention-spanned Twitter addicts.

I would not begrudge anyone the right to dislike something on personal aesthetic preference. How a story does and does not appeal to an individual is going to be a highly subjective matter, that’s fine. What is not is slagging off a entire generation in a bid to give your personal criticism a perceived sense of greater legitimacy.

What set off this particular firestorm? Based on the excerpt, Wendig has opted for a quick, staccato rhythm to his prose which places the reader in the heads of the character as they respond to the situation at hand. It gives the reader an immediate sense of time and place, but with a corresponding level of chaos and incomprehension. In this respect, for me, the prologue set on Imperial Plaza in Coruscant was the more effective sequence. The rest of the excerpt is concerned with Wedge Antilles basically getting into deep shit with a couple of Star Destroyers. Yes, those are not good odds for anyone, Corellian or not.

And with that, the internet was ablaze! You might have considered, seeing some of the hyperbolic responses, that Wendig had stolen people’s copies of A New Hope, shat all over and then set fire to them. Or maybe he violated Empire and Jedi together? The objection is they find the style terrible, shallow and uninteresting, well okay. And clearly it is being for a younger audience – what? How does that follow from personal dislike of the prose style?

I know the UK has a really bad attitude toward its young people, you only have to look at the very recent budget to see that. I have no idea what young people have done to the Chancellor of the Exchequer for him to be so vindictive to them, it must have been pretty bad. Similarly, in about 5-6 weeks it will be time for the tradition of kicking the shit out of the kids over their exam results. Failed? Kids are stupid these days. Passed? The exams are easier than in our day. But, I had thought maybe the US was more positive in this respect, perhaps not.

I really do not understand this dimension of the criticism at all. Ah, but I’m a young’un aren’t I? Wrong. I’m 39 and have been buying SW stuff for over twenty years. If anything I’m surely the right age to be joining in kicking the younger generation, except… I don’t want to do that. When people talk about how bad kids are now, it can be with as little as a decade of difference. People forget what it’s like to be a kid and some begrudge those who are. Why? Who knows? Jealousy that they’re younger and have more time left? In which case the retort to a dead immortal who thought he’d done well in living for centuries in Sandman: Brief Lives springs to mind:

I do have a quite different take on that though. At this point in my working life I’ve lost track of the people I’ve taught IT techniques to. It is the kind of things that are not taught, or are misplaced to languish in the depths of Advanced courses that no one takes. I’d estimate I’ve taught 5-6 interns or apprentices over the last five years and all were good students. Would they be representative of their generation? For me, yes and so no, I can’t just casually damn their efforts and deem them lazy readers. Finally – and this cannot do anything other than render me as a calculating bastard – who do you think pays the taxes to look after you when you’re older? Those kids you’ve been casually kicking! Or, to put it another way, one of the age-old pieces of career advice: Be careful how you treat people on the way up because you may meet them on the way down.

I was and remain quite skeptical of the merits of the reboot. They are crude devices at best and rarely end up being beneficial. Still, it’s done and it’s not being undone. I am open to being persuaded of the merits and, in part, read A New Dawn for that reason. (I’ll admit the bigger part is it was written by John Jackson Miller) What I found then is a story that was a huge amount of fun, very engaging and a great starting book for the new material. Wendig’s style? It feels different and distinct. If the point of the reboot is to do new things then this is an excellent example. For me, there is no benefit to simply mimicking the past, to invoke one of the best lines in A New Dawn: forget the old way! 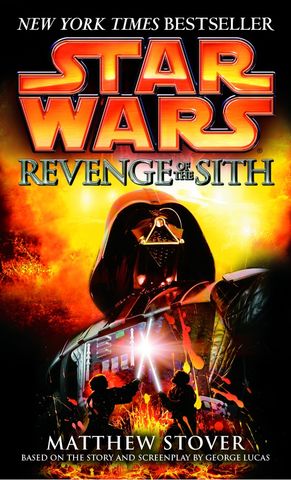 Of the four new books I’ve read, I’ve liked A New Dawn and Lords of the Sith because they did things differently. Therefore I’m most interested in that which is not reminiscent of what has come before. But the style means some cannot bear to read it? Surely that is true of every book written between the dawn of creation and now? What makes this any more of a special case? Certainly the style used is a deliberate choice, but the same is so for Stover’s novel of Revenge of the Sith, with its sections that placed the reader into the heads of its main players.

Ah, but it is the trilogy that kicks off the post-Endor story and therefore people are stopped from reading it by the style decision. Who says it’ll be the only one? Who is to say you will not be able to access the new SW line by a different route that is more to your liking? One of the big weaknesses of Legends, post-Endor – certainly not for stuff post-ANH / pre-ESB! – was the perception that once a point in time had a story set in it, no others could be done. I’m not convinced this is will be the same with the new material but time will tell.

For responding to things like the Aftermath excerpt, a good rule is: less is more. You’re not won over? Okay. The style is not to your liking? Okay. But stop there and don’t think you need something more to justify your outlook because you don’t. You spent time reading the excerpt? Well, you don’t get that back so that temporal expenditure says you’ve the right to your opinion that no, it doesn’t work for you. Slating an entire generation? That can only detract and reflect badly on those who invoke it.