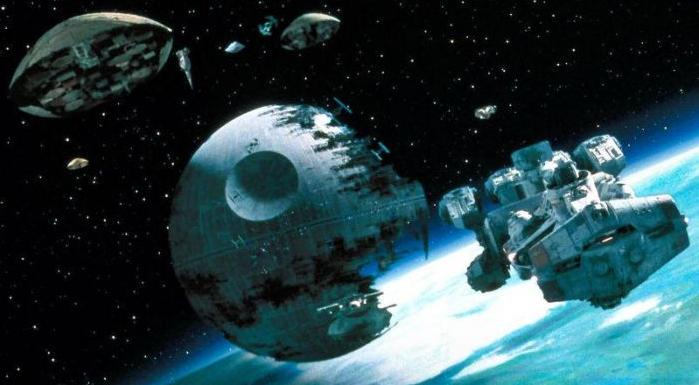 The wonders of modern visual effects have brought some terrifically imaginative and amazingly realistic things to the screen in the past couple of decades. Ever since Jurassic Park and Terminator 2 let the computer genie out of the bottle, the limits to what can be portrayed on screen have shortened more and more each year. Since the turn of the millennium, technology has advanced to such a point where just about any world, creature or event can be created or re-created in lifelike detail, no matter how outrageous it is. It’s certainly hard to see how a good number of the modern blockbuster films most of us see each summer might have been made just twenty years earlier. They might have been made, certainly, but they would have looked a lot different.

As amazing as this has been for those who love movies, it has also had an unfortunate retroactive effect on films done before this time. Older film effects were much more limited, especially if they wanted to look convincing on-screen, and thus, tend not to look as impressive in hindsight as they did when they were first released. They may not look terrible, but they are no longer special. Whether it be stop-motion, model work, matte paintings, makeup and masks or any number of the other practical effects used, films from the pre-CGI era were always defined by the very effects used to create them. Modern audiences tend to take the most reality-bending effects brought on by CGI for granted, and older, more limited filmmaking looks, in many eyes, small and weak by comparison.

That hindsight applies to Star Wars even more intently than it does to most other film franchises. Star Wars was one of the first of the summer blockbusters, and its history has always been one of groundbreaking effects. With each iteration, the bar was raised, bringing us more exotic aliens, more diverse and fascinating worlds to explore, and more incredible spaceships and battles. By the time we reached Revenge of the Sith, with its massive fleet and army action scenes, and lightsaber fights that are a blur of stunt work, CGI and fight choreography, the slow sword fighting and small-scale battles of A New Hope makes it hard to believe that the two films are supposed to take place in the same universe.

This tends to bring out a reaction within fans, and even within the universe itself: expanding the events that were portrayed in the older films to make them better fit the tone and style of the newer ones. For example, let’s discuss the assault on the second Death Star at the climax of Return of the Jedi. In its day, an absolutely monumental battle unlike anything seen on screen before, with clouds of fighter craft dancing between massive cruisers, the half-finished but fully armed and operational battlestation looming in the background over the green-blue sphere of the planetoid below. But juxtaposed against the intensely detailed and intense visual kaleidoscopes of ships, lasers and missiles at the climax of The Phantom Menace and the opening to Revenge of the Sith, RotJ’s battle begins to look a little, to appropriate a phrase, skimpy.

This is nothing against the film itself, it is just a reaction brought up by the comparison. And it has an effect on not only the fan reaction, but on the universe itself. Additional materials both canon and not have RotJ’s battle as the greatest space battle in history, or at least the largest gathering of Star Destroyers ever. Despite what is seen on screen, which is three, maybe four Rebel cruisers going up against twenty or so Star Destroyers, including the Executor. The majority of the battle, you see, actually happened off-screen. There were actually dozens more Star Destroyers and a lot more Rebel ships as well, slugging it out and blowing each other up and doing a lot of awesome stuff that was denied to the audience because George Lucas and the folks and ILM were skimping.

Of course, that’s not true. If anything RotJ went above and beyond what they could do or what was ever done before, the furthest thing from skimping that was possible. The issue is that it is not just Lucas who wants to go back and change the films, the fans do, too. They just want to change different things. The fans want the original trilogy to be the greatest forms of Star Wars to have ever existed, even if their greatness is stretched to the point where it is only established in supplementary materials and happens off-screen. Thus, Luke is the greatest Jedi of all time, Han is one of the greatest pilots, and the battles are the biggest and most important in history, even if they’re not.

But that is not improving the films. If anything it diminishes them by belittling what the accomplishments of the filmmakers were at the time. Star Wars is a franchise now, but it was a film first. Having the films take precedence over everything else should not mean having to blow the film’s events out of proportion, beyond what was portrayed originally, for the sake of making them seem more important.

This is not a unique phenomena to Star Wars, by any means. Basically any franchise that has lasted into the CGI era of filmmaking has fallen into this trap, from Star Trek to Godzilla. But only Star Wars has tried to maintain a consistent universe through that entire time period. Even discounting the EU, the films themselves create a discrepancy between technology levels and the possibilities brought on by effects, one that makes no sense due to the time disparity. The prequels happen anywhere from twenty to thirty years before the original films canonically, yet everything about them is slicker. The lightsaber fights are flashier, the worlds are more vibrant, the starships look more modern and their movements are smoother. (Of course, all of that becomes just sound and fury, signifying nothing, without a story to back it up. But that is not what we are talking about here.)

The cognitive dissonance between the scope and scale of the prequels compared to most of the original trilogy means that a rectification must be made. Most fans simply assume that the battles were larger than as portrayed on-screen, though perhaps not to a ridiculous degree. Other things, like the lightsaber choreography changing so drastically, are harder to rectify without harming the original films in some way, either by handicapping the characters to purposely make them slower or less vibrant, or by adding an asterisk to the plot and assuming that there are other (off-screen) factors affecting the events that transpire. No matter what the case, though, the films themselves simply are not allowed to stand alone for fear that looking too hard at them might reveal matte lines and wires.

The Danger of the Expanding Universe

The franchise around Star Wars has expanded to the point where it has reduced and diminished the accomplishments of the original trilogy of films. The Special Editions tried to ensure that the effects would stand the test of time, but if anything they only made the disparity greater, with the new CGI-based scenes not meshing well with the classic footage on screen or in the eyes of fans. Trying to go back and fix the issue retroactively has only made it worse. The only elements that continue to hold up are the ones least affected by the march of technology: the writing and the acting. But that is because everything that has come since (at least thus far) has been so lacking comparatively.

Perhaps this was inevitable. As groundbreaking as Star Wars was in its day, and as impressive as Return of the Jedi‘s battle sequence still is as a technological feat of practical effects, technology and filmmaking march onward. Any film made after the rise of computer effects would bring incredible wonders to life on the screen, things that were all but impossible in the era of puppets and models. Talking dragons, living dinosaurs, massive battles in the depths of space, liquid robots, monstrous machines, impossible architecture, alien worlds, dreams within dreams, the lines between reality and fantasy blurred almost beyond recognition. Films today hardly have any limitations beyond imagination itself.

But we should not want to somehow boost up the older films, the landmarks that led us to this place, the stepping stones and hand holds that brought us this far. We should not wish that they were made today, that the effects should have been better, that there should have been a half-dozen more model ships in this shot, or that Obi-Wan should have been doing flips and spins as he fought Vader for the last time. Art is a response to the limitations imposed on the artist, be they monetary, physical, mental, or technological. The original films are a part of history, brilliant pieces of art painted, sculpted, lit, written, performed and filmed years ago, to the best of the ability of everyone who had a part in it. And they are perfectly fine just the way they are.

2 thoughts to “The Downfall of the Star Wars Film Universe”