That was a couple weeks ago and people are still talking about Slave—excuse me, Huttslayer Leia and whether that scene was good, bad, or just plain unnecessary. For my money, Tricia Barr covered all the right bases and then some. But way before Leia ended up in the news again, 2015 began with the relitigation of, perhaps, an even more controversial element of Star Wars: the death of Padmé in Revenge of the Sith.

Kicked off by Joseph Tavano’s seismic essay “Padmé Didn’t Die of a Broken Heart”, the debate revolved around her own role in the story; not just the truth of what we see happening (on which I had my own thoughts), but whether a “broken heart” was a problematic way for a female character to die, and even if so, to what extent it’s forgiven by everything else we know about Padmé from the prequels.

Having conducted these kinds of discussions in the Jedi Council Diversity Thread for years now, I’ve seen versions of this debate (and the Slave Leia one) many times over with regard to many different franchises—in fact, it just happened a few months ago over the reveal of Black Widow’s forced sterilization in Avengers: Age of Ultron. What happens is, certain female fans come out of a film, or novel, or whatever, feeling that a female character acted in a way they disagreed with, so they go online to express their position (maybe more common is fans feeling that a female character just wasn’t utilized sufficiently, but that’s a different subject). Meanwhile, other female fans react to the same product more agreeably, and take issue with the former’s claims that “a real woman wouldn’t do that”, or “that’s a sign of weakness”, or some such. From their point of view, perhaps, the character was understandable, so to claim that Black Widow (for example) is sending bad or antifeminist messages is to suggest that people who didn’t emerge from AoU angry about her must themselves be antifeminist. 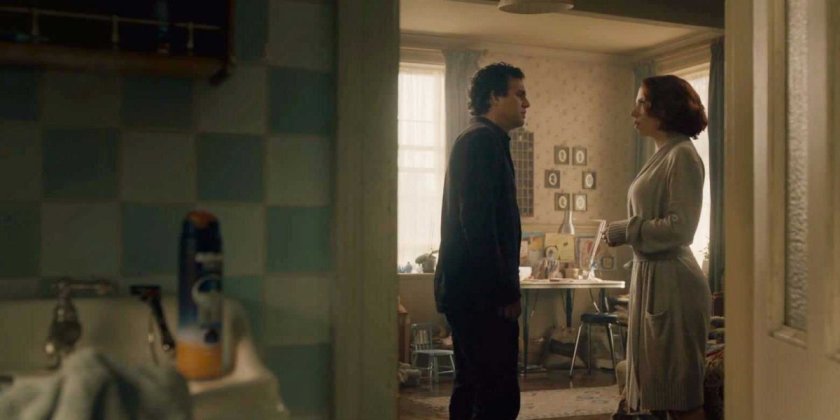 This isn’t very fair, of course. The issue with Age of Ultron, or to bring it back to Star Wars, with Padmé, isn’t that she does any particular thing or feels any particular way—it’s that she’s the only real female character in the damned thing.

Female characters are under no greater obligation than male ones are to be likeable, or reasonable, or even understandable. But Star Wars isn’t Schindler’s List—lots of fans, maybe even majorities, go into this kind of genre entertainment looking for role models, or at least someone to root for. When there’s only one solid, important, (charitably) three-dimensional female character in an entire trilogy of films, for a lot of people, she’s their only option. If you were raising a little girl when the prequels were coming out, and she dressed like Padmé for Halloween and had all the Padmé action figures and coloring books and whatever, it’s completely understandable that you might be pissed when this intelligent, badass character suddenly loses the will to live because her man done her wrong.

The competence of the prequels’ story turns aside, this isn’t a problem people are likely to have with Anakin himself, because if your kid doesn’t find moody, melodramatic Tusken-slayers all that appealing (hi), he’s still got Obi-Wan to root for. If you think Luke Skywalker is about as exciting as watery oatmeal (hi), you’ve still got Han and Lando.

To invoke yet another franchise for a moment, look at The Hunger Games. Katniss may be far and away the main character, but she’s very pointedly presented as kind of an unlikable person. She’s not particularly warm or outgoing, and the only reason the people of Panem come to believe in her is because of how authentically she comes across as giving zero fucks. I happen to enjoy that, but if I was a young female reader who didn’t, my interest might yet be captured by her compassionate younger sister Prim, or the ballsy, snide Joanna Mason, or the glamorous Effie Trinket, or Rue, or Coin, or Cressida, or Lyme.

The Hunger Games universe isn’t perfect, but what is has that Star Wars doesn’t is gender parity—or damn close, at least. It’s not Schindler’s List either; it’s still pop fiction and big-budget moviemaking, and its second- and third-tier female characters are no more vibrantly three-dimensional than your Mace Windus or your Wedge Antilles, but at least they’re there. The thing about megapopular genre fiction is that some portion of fans will latch on to even the most minor characters with all their might (if you just scoffed at my mention of Wedge up there, I’m talking about you), so even boilerplate, archetypal female characters with two or three lines count for a lot—and the existing Star Wars films’ lack of these is a real flaw.

As it is, Padmé doesn’t really have the luxury or being boilerplate, let alone unlikable, because she has the weight of her entire gender on her shoulders, and the prequels’ status as a feminist story (or, more likely, lack thereof) is entirely dependent on the decisions she makes, and those made for her. The big problem isn’t with those decisions, then, it’s with the fact that we don’t get to see any other women making any other decisions—or even offering their points of view. What does Mon Mothma think about Palpatine? Well, she’s leading the Rebellion later on, so no need to hear from her. How do Padmé’s handmaidens feel about her death? What do they think happened? Star Wars isn’t concerned with that, because they’re not crucial to its mythology; they’re just set dressing.

This is one reason why my studies of diversity have typically revolved around raw figures; whether a given character is positive or negative is always going to be open to interpretation, and debating which women’s opinions are helpful and which are regressive seems (to this man) about the least feminist thing possible. People are quick to decry the notion of quotas, because they’re an easy target—“this book doesn’t have any Pacific Islanders! There has to be one of everything!”—and while I sort of agree where race, ability, and so on are concerned, I don’t think expecting half of the characters to be women in any story not revolving around the United States senate or a rugby team in the 1970s is too much to ask. So yes, when The Force Awakens comes out, I’ll be counting.

But to bring this full-circle, I didn’t set out to write a piece complaining about the prequels (or the OT, which is certainly even worse from a parity standpoint). My point here is that with all this weight on her shoulders, with so many unfair expectations, I don’t think Padmé’s a weak character at all. I think it’s a resounding testament to her awesomeness (and, yes, how Lucas wrote her) that despite all the ways in which she was bound to disappoint people, she’s still as beloved as she is. I love Obi-Wan, but loving Obi is easy. Loving Padmé requires tenacity, and determination. I think she’d approve.

2 thoughts to “The Parity Problem, or Why Padmé is the Best Character in the Prequels”