THIS REVIEW WILL HAVE SOME MINOR SPOILERS. ABANDON YE WHO ENTER HERE ALL HOPE. 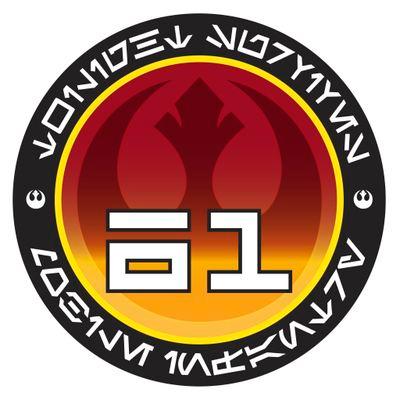 Star Wars Battlefront: Twilight Company is not your typical videogame tie-in. Even though it borrows part of its title from a soon to be released FPS game (that promises to be quite spectacular), Twilight Company works on its own without the need of the Battlefront crutch. The novel is pure military sci-fi. It’s less glamorous than the Rogue Squadron novels and more gritty than the Republic Commando series. Our main characters are not starfighter pilots or special forces commandos: they are the infantry, the people fighting the Galactic Civil War in the frontlines. Most importantly, Twilight Company gives us a hard look at what being a soldier in the Rebel Alliance during a period of open conflict is like and boy, is it engaging.

Let me preface this column by saying that I still find hard to believe that Twilight Company is Alexander Freed’s first novel. Freeds displays a firm grasp of what makes Star Wars loved by millions around the world and introduces us to a new cast of multi-layered characters in a gritty-yet-epic story about war, choices, and why it´s important to fight for a cause. Twilight Company is military sci-fi at its best, so good that even those that usually don’t enjoy the “military” part of it (like this author) will enjoy it. This column is going to focus on something particular: on how this book managed to give us an unprecedented look at how the Rebel Alliance works through the eyes of its foot soldiers, those who might not be galactic heroes but still fight and die for freedom.

It’s kind of surprising that it’s taken so long to get here. Perhaps because Legends started with the birth of the New Republic and focused on it for a long time, not much real attention has been given to the Alliance. We’ve known that they were “freedom fighters”, of course, and in Legends we’ve learned a bit about their internal organization, but when you stop to think about it the Alliance has been almost a complete unknown for nearly forty years. Pretty strange, considering they are basically the good guys of the Original Trilogy. The main reason for this, of course, is that they’ve always been a given: while concepts like Jedi need and deserve some explaining, the idea of a band of plucky freedom fighters striking from the shadows and fighting against tyranny is intuitive, a universal concept. The Galactic Empire, on the other hand, while also an easy to understand concept, has enjoyed a position as the main opponent of the setting that made early roleplaying sourcebooks pay a lot of attention to it. To understand the Rebels, or even to play as them, you don’t need much other than knowing that they are the underdogs and that you should root for them.

Twilight Company takes places in a time that might be unique during the Rebellion: the so-called Mid Rim Campaign, a time of open war against the Galactic Empire. The men and women of Twilight Company–the Company– are retreating from the Mid Rim when the book starts, acting almost independently of High Command and trying to do their best to avoid losing many effectives. In this book, the Heroes of Yavin are vague figures that blend together with that faceless “High Command”, the people that send Twilight Company to fight more often that not to their deaths for strategical reasons they don’t understand. Here we get to know how the Rebel soldiers live day to day: we see them play cards between missions, we find out how the training process works, we even see even the operational manuals they are given, We discover that most of them are simply nameless soldiers, a point that the book drives home by having characters mention the number of Company casualties after every battle. Still, we learn what they fight for and, perhaps most importantly, what they don’t fight for. 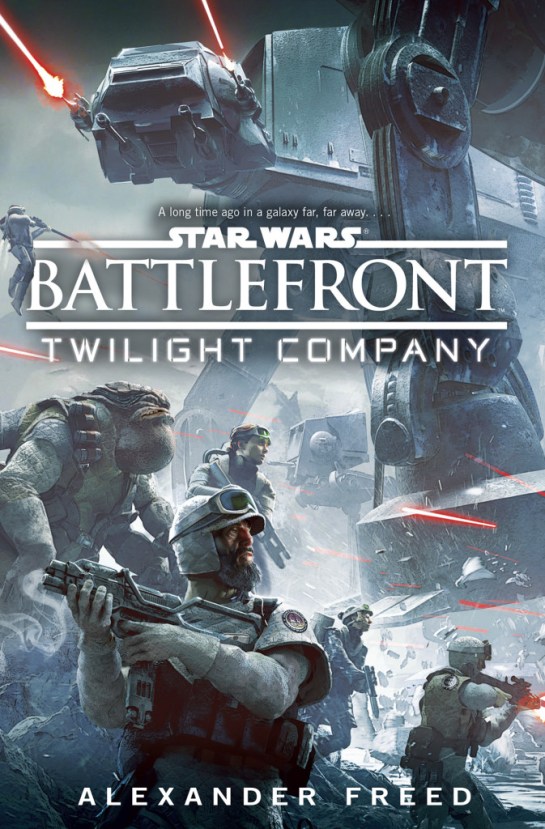 Our point of view characters are members of a particular squad in Twilight Company. The lead character, a young man called Namir, might very well be the first pure antihero in Star Wars lore. A former child soldier with little knowledge of galactic affairs, he’s been raised to fight and to kill since he was little, having fought for warlords and death cults for all his life and having eventually concluded that no cause is worth dying for. Silent and cynical, Namir doesn’t fight for freedom: he fights just because that’s what he does and the only thing he knows. To him, the Galactic Civil War is just another war in a long series of conflicts. Yet we soon see that there’s something he feels loyal to: Twilight Company. Namir never gets whitewashed, he never has a sudden change of heart like Han Solo did. He never finds himself yelling propaganda against Palpatine: he simply starts fighting to defend his friends in the Company instead of just fighting for the sake of fighting. How many Rebels were like him? If we pay attention to the way the Company recruits soldiers after conquering a world, simply weeding out Imperial spies and hoping that the rest will survive long enough to become a useful member of the Alliance, we see that people like Namir might be the norm and not the exception. The rest of characters in the Company are equally intriguing. We have Howl, the enigmatic and eccentric captain with an incredible tactical mind that still manages to send the Company to their deaths over and over. We have Brand, Namir’s right hand, the stoic former bounty hunter with a surprising reason to fight with the Company. We have the soft-spoken Gadren, the besalisk, perhaps the only true believer in Rebel ideology. We have Roach, the young recruit with a dark secret.

Even though this column focuses on the way the Rebel Alliance is portrayed, I’d be doing a disservice if I didn’t mention that the Imperial characters are given equal attention: Chalis, the captured Imperial governor turned Hannibal Lecter in her cell; Verge, the young, petulant and fanatical Imperial Advisor tasked with hunting down Twilight Company and representing the new generation born under the New Order; Tabor, the first canon example of the generationals that The Essential Guide to Warfare talked about, an old captain that’s generally honorable and not interested in political games. And that’s just scratching the surface: every single character has hidden layers that make us rethink what we think about them as we go through the book and peel them apart.

In this novel, we are shown for the first time what the Galactic Civil War is, and we learn it in the trenches and field hospitals, beyond the superhuman affairs of Jedi and Sith. We learn that the stakes are high, that not every member of each faction shares the same goal, but that they still keep soldiering on. We discover that, even when it’s pointless to keep fighting, the members of the Rebel Alliance keep fighting on, leaning on each other. Because war is more than just a series of military campaigns and movements scribbled on a holomap: war is about the lives and deaths of people like the people that make up Twilight Company. So if you are still on the fence, buy this book. Even if you don’t care about videogames. Even if military sci-fi is not your cup of tea. Because Star Wars Battlefront: Twilight Company is not about war: it’s about people.

2 thoughts to “Twilight Company: The Return of the Rebel Alliance”