Speculating is fun. Speculating on story possibilities in worlds as deep as Star Wars and coming up with complicated theories that weave together multiple narrative threads from canonical media that could never be reasonably expected to be explained on screen for a movie-only audience is a blast.

Many of us love knowing that there are people who get paid for doing basically that, and hate, essentially, that we are not those people. So we do it anyway, without an expectation of payment, or for our ideas to actually show up on screen. Or at least we shouldn’t have those expectations.

If you asked me if I write fanfic, I’d answer quickly and swiftly that I don’t. Except when I took a moment to actually think about what that means, I realized that this isn’t entirely true. I don’t write fanfic in the traditional prose sense, but I love writing up bullet points of speculative connecting tissues and frameworks, what-if scenarios, Sandboxes and Structures that would be great fun for others to play around in.

You might have seen some posts around with me having fun with the ‘Snoke is Vader’ idea, taking advantage of the flimsy observation that Supreme Leader Snoke has facial scarring in arguably similar locations and shapes as we’ve seen in Old Anakin. While I appear to have been one of the first to note the similarity on Twitter, it looks like I was merely Stating the Obvious, as others independently picked up on it too, ran with it, and it has since apparently Become A Thing.

Now let me make this VERY clear – I don’t believe for a second that Lucasfilm is going to be running with this idea. I really don’t. Honestly.

But the problem of “could this seemingly ridiculous scenario be made to fit, and to be taken seriously?” became a really fun puzzle. Almost an archaeological quest. So I took out my trowel, did some digging into the back catalog, and then went online to forums and plopped out my findings. I discovered more than I had expected. The pieces (which I illustrated in carefully mined screencap gifs from the previous films and television series) all seemed to fall into place.

But I did end up actually convincing myself of something: not that this was the path that Lucasfilm would go down for Episodes VIII and IX, but that if this idea DID happen to be presented, and then explained in The Ways I Had Discovered, it could enrich and add a layer of resonating coherence to the nine-film epic, as well as adding deep significance to events I had thought about in The Clone Wars, Rebels, and even some of the published Marvel comics. At least to me.

The idea became so good in my mind, that when I saw others online not being able to believe that anyone who had seen Return of the Jedi could possibly entertain this theory, I thought, “Ah, but if only they had seen my explanation and evidence!” 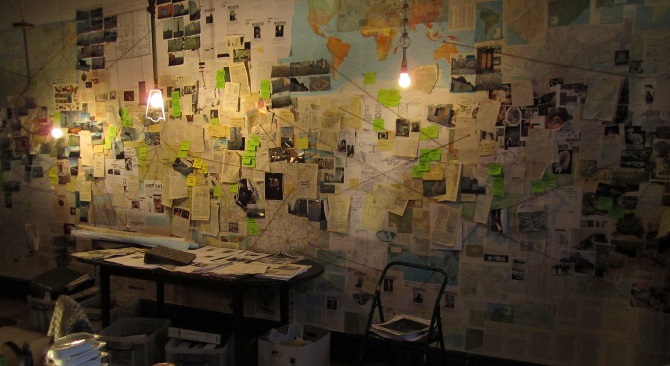 I recognize that in this, I was The Crazy Person, and the critic was the Realist. While in my wildest imaginings [1]You may conclude from this that my imagination is not necessarily all that wild., I could almost conceive that in a story meeting long ago over a cup of coffee far far away, this silly idea may have been entertained for a few moments with creatives asked to chart it out on a napkin as I had charted it out to see if they could Make It Work (but, you know, with Authority), but ultimately, because there were a Several Better Ideas, they moved on.

But that’s how all big plot points intended to resonate in lengthy sagas ultimately work out. Take a crazy insane idea that resonates NOW and sets the room on fire, and then set people to work in figuring out the details of how it will work out. Or just put it off, but run with it anyway. Sort of like Maz’s explanation of how she got Luke’s lightsaber, “What’s awesome is that I have this. How I got it is also interesting. Go ask Del Rey, or Marvel. I’m sure they’ll tell you, and it will make complete sense. That book isn’t out yet, but it will be at another time.” [2]Although I’ve only seen the film once in the theater, I’m quite certain this is an accurate quote directly from the lips of Maz.

Ultimately, the people who own the rights to the creative property and make the movies are going to make one of those types of decisions (already have, really), and we’re going to move forward, creating a whole new opportunity for manufacturing foreshadowing, and retconning lines of dialogue, glances, and choices of camera angles, and claim that we all saw that coming, or that’s a stupid idea, etc. Books and comics will be written to smoothly emphasize these threads to make them work. And we’ll eat it up, or deeply debate it, or both, even as we’re keenly aware of How The Sausage Is Made. That this isn’t history, everyone is Making It Up As They Go.

Basically, what we’re doing when we speculate is creating our own fun, what-if timelines. Our own Legends, you might say. People who scoff at the idea of fanfic create it every time they speculate, or entertain a speculation. I like to think the collective brain-trust at Lucasfilm (enough of whose members are keenly aware of fan desires, wishes, expectations, and no-fly-zones) is more clever and willing to think outside the box than I am. But that doesn’t mean others don’t have great ideas, too, with potential to enrich one’s experience of the Legend.

When it turns out all (or any) of my brain-fart speculations and ideas are totally wrong in terms of what the direction Lucasfilm Story Group is presently heading down, I’m not going to be angry at them for not taking my advice or not going where my brain went. It’s easy to create a world so snug and convincing that you get mad when others don’t feel the same way you do, or feel that everyone else is an idiot for “missing this opportunity”. Someone’s speculation hastily written out in gifs and Twitter character limits may not make sense with my train of thought, but by golly, the brain behind it likely has a whole legendary version of the saga in their mind that I will never get to experience. For better or for worse.

In the old days when myths were transmitted orally by storytellers, there were a lot more variations of those tales out there. Big, huge, variations as well as minor ones. While we tend to remember and give a degree of authority to versions told, recorded, and attributed to Homer and Virgil, in a sense, when it comes down to it, all of them are ultimately pliable Legends.

Some may get overly angered or disappointed when those who are in the profession of storytelling are hired to add their hand to the stories and go in a different direction than they would. Yes, this means interpretations other than your cherished ones are going to be more popular, and viewed as more accepted, more mainstream, more official. But Mythology is far more rich with its possibility of local variation and rural branches.

Star Wars is, ultimately, a series of tales told about a long time ago in a land far, far away. It’s inherently a myth. A Legend. A line of storytellers have been (legally) entrusted to tell their version of the tale. George Lucas first opened up the wellspring, building on other stories he had grown up hearing. We’re now seeing yet another line of storytellers picking up the story, re-retelling parts of it, and going off in unexplored territory. But you, in your online village, can always say, “You may have heard that it happened this way, but, wow, do I have a story to tell you!” – not being able to publish it in a commercial medium doesn’t mean you can’t tell it around a campfire.

If George Lucas can decide to change the story so that Darth Vader is Luke’s Father after making very clear in earlier stories that he wasn’t, and cause us all to believe it anyway, run with it, and make the saga a more compelling story because of it, I can likely find room to accept some insane paradigm-shattering notions about this version of the Star Wars Legend from its current creative team – yes, even some that I didn’t think of first! [3]Like the idea that Snoke is actually infected by a Dark Side Vader/Sidious/Plagueis Spirit Hybrid, made from a utilization of Mother Talzin’s techniques, that clung onto and then split off from … Continue reading

And in my little online village I can entertain and take joy from seeing an unassuming local (me?) who whispers, “That may be the story that passed into this edition of the History Books. But a long time ago, in a galaxy far, far away. . . .”