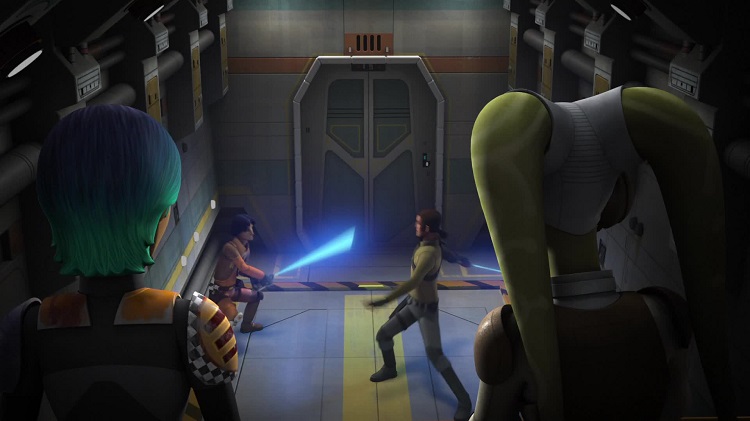 Rebels’ second season is fast drawing to a close; the two-part finale is next week and there’s a lot that could still happen in it. What we do know, thus far, is that Darth Vader will make his grand re-entrance into the story and throw down with Kanan, Ezra and Ahsoka, and somewhere in there we’ll also have three Inquisitors and the Maul formerly known as Darth as well. It’s going to be an intense and packed finale.

Because of that, though, the show had to spend some time a week in advance giving the other characters, the ones who aren’t strong in the Force, a chance to say goodbye. The finale is already set in terms of the heroes cast, we’re going to be focused entirely on Kanan, Ezra and Ahsoka. The interesting (and painful) spin on that is that the characters within the show know that something climactic is happening, as well.

When Malachor was first mentioned “in canon” it was used as a euphemism for hell or another similar terrible place, almost an expletive. Now, three of the heroes of the fledgling Rebellion are going there of their own free will, in search of something that will give them the edge against Vader and the Inquisitors. They are almost literally walking into hell in search of a solution to their problem. And Hera and the others are terrified that they may not walk back out again.

While I doubt that they would be willing to kill off all three prospective Jedi in one fell swoop, there’s no telling what might happen for sure. The only character we know for sure is walking away from Malachor alive is Darth Vader. Maybe Ahsoka does die. Maybe Ezra is turned to the dark side. Maybe Kanan is the only one to walk away, alone again, having failed his apprentice in the ultimate way. Maybe all of them survive, maybe none of them do. And we’re not even counting the possibilities of what might happen to the Inquisitors. 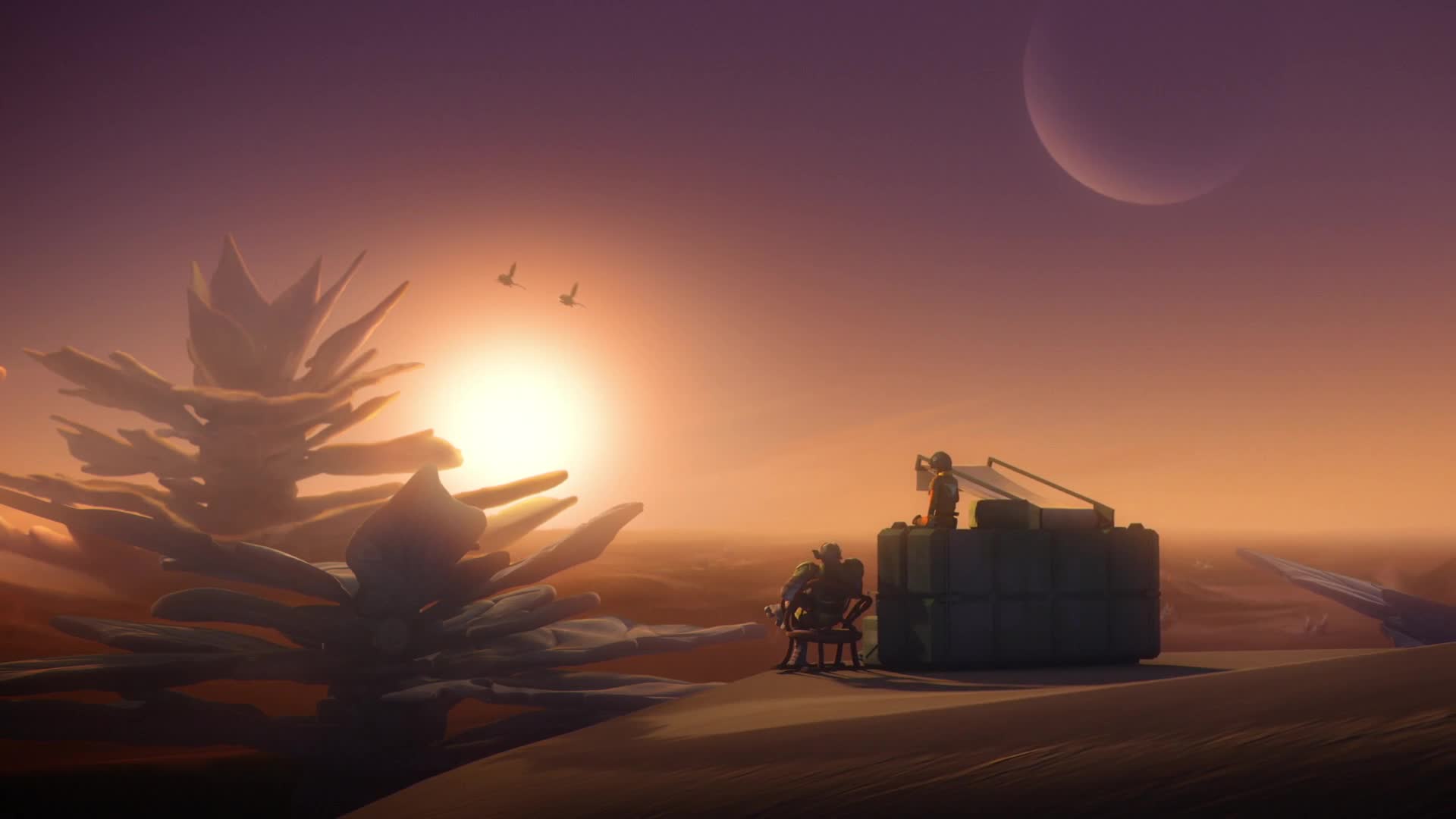 How much would it change the dynamic of the show if something terrible does happen to them? What if the audience, like the remainder of the Ghost crew, has to adjust to a show where the Jedi are absent, or at least separated, from the core plot? Would people keep watching the show if they follow through on that and we’re left with Hera, Zeb, Chopper, Sabine and the other supporting cast to carry the narrative load?

Here we’re diving into a lot of personal preference and Your Mileage May Vary territory, but let’s look at things a bit more objectively for a moment. Kanan and Ezra have been a very real source of growth to the show in terms of character development. They give the Ghost crew that extra edge of escalation against the Empire that can’t be overcome with anything short of another pair of lightsabers (or a Sith Lord). More than that, though, they’ve given the show a sense of mysticism and mystery as they try to explore the realities of the Force in a post-Order 66 galaxy.

If one or both of them were removed from the playing field, the show would immediately become more mortal, more mundane, without the same sense of wonder that, say, Ezra’s conversations with Yoda could bring. It would also heighten the sense of danger, because it would remove two of the most powerful warriors (three if you count Ahsoka) from the Rebellion in one swoop. And, from a more metatextual standpoint, if the show is willing to cut out the two most visible characters of the show, who else might not be safe?

I don’t know about everyone else, but I would not only keep watching the show if something happened to Kanan or Ezra, I would probably enjoy it even more. I love it when a show manages to raise its own stakes and shows a willingness to put even its most beloved and focused-on characters in harm’s way. If we’re using this season as our Empire Strikes Back parallel, then we’re bound to suffer some sort of loss. Whether it’s a “Han frozen in carbonite” sort of loss, or a “Luke loses a limb and learns who his father is” sort, something is going to happen to the Jedi on Malachor.

Which is going to make the wait for the show’s next season that much more agonizing.