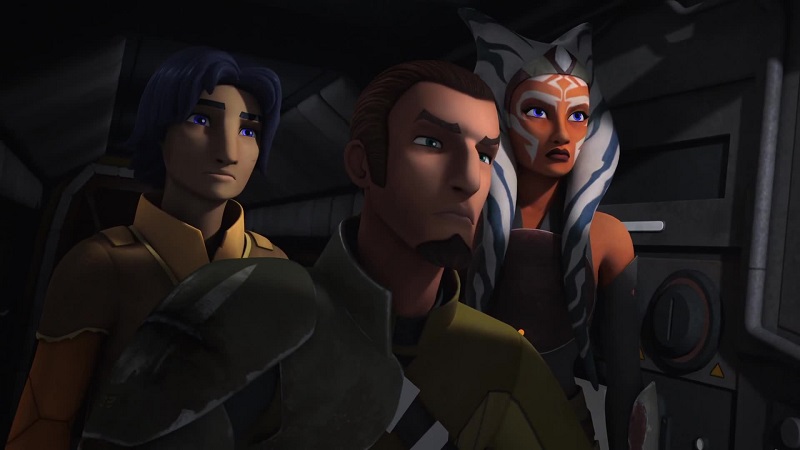 The season two finale of Star Wars Rebels was about as intense and dramatic as I expected, and certainly as intense as I had hoped. From the moment the show’s first season wrapped up, I had a feeling I knew where the second season would go. I’d like to say that I predicted everything that the finale held, but that would be a lie. Even with everything that we knew going in, and all of the previews and teasers that made their way across social media, Rebels still managed to surprise me.

I can go on and on with effulgent praise for the show’s direction, its pacing, the superb voice acting and the way so many of the plots and ideas paid off all at once. But there’ll be plenty of time to gush later on. For now, I want to focus on something that Rebels has done pretty much from the get-go and deserves way more credit for than it gets: shaking up the status quo.

This is your one and only spoiler warning. If you haven’t watched the finale yet, do yourself a favor, stop here, and go watch it before reading the rest of the article. I promise, it’s worth it.

Okay, then. I could go through a list of everything that happened that will change how the show works moving forward. Ezra moved past just brushing with the dark side and full-on gave it a high-five, and he has a Sith holocron in his possession. Kanan lost his eyes and, while he can still fight, it appears he will never see Hera again. Three of the Inquisitors are dead. And Ahsoka is, well, whatever she is she isn’t going to be re-joining the Rebellion anytime soon, or ever, meaning they lost Fulcrum, their main liaison between the varied cells and factions.

Isn’t it amazing how the show can be so heavy in terms of consequences moving forward with so few of the heroic characters having died? None of the heroes definitively died. Ahsoka may be dead, but for now she’s Schrödinger’s Togruta, both dead and alive, or possibly neither. But both Ezra and Kanan made it out alive. The strength of the episode was that neither one was unscathed, they were both affected in dramatic ways by what happened on Malachor, one psychologically and the other physically.

Ezra’s adventure in the dark with Maul is a master class on the seduction of a reckless, innocent youth. Maul tempts Ezra with twisted versions on teachings that Ezra already knows, and just like so many other young Jedi, it’s a thirst for knowledge that leads him to places he should not go. He doesn’t want revenge, necessarily, but calling it justice doesn’t make it less of a dark side solution to seek out violence as the first solution. 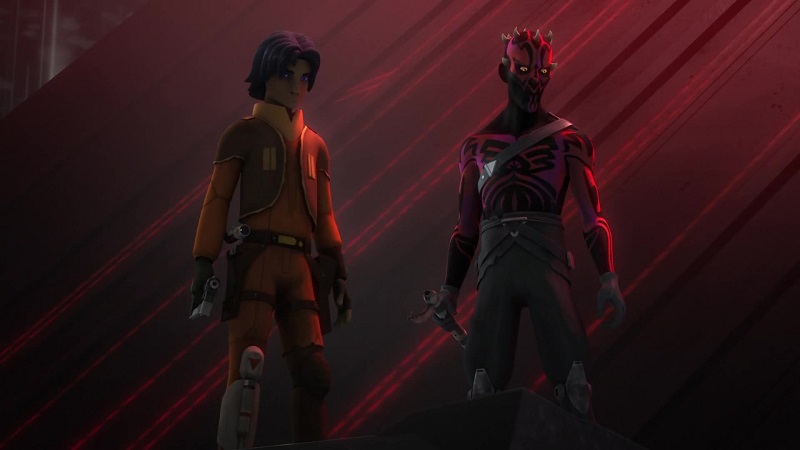 This is why Yoda was so reluctant to lead Ezra to Malachor. He knew that a confrontation like this one would only, inevitably, end in tragedy. And beyond Ezra dying, the very real danger of him falling to the dark side and never coming back might be the worst case scenario. And now it’s a scenario that’s very much within the realm of possibility. He’s young, he’s angry, he’s inexperienced, and he now has a storehouse of Sith knowledge at his fingertips and a master who’s been crippled. We saw similar patterns throughout the old Expanded Universe, and each time it’s a recipe for disaster.

Kanan’s eyesight being lost is the more immediate problem, to be sure, but it remains to be seen how much it will affect the show’s dynamic long-term. As we’ve seen, one of the first things a young Jedi learns is not to rely on his eyesight; when he has the Force, Kanan is capable of fighting just as well as he did before, perhaps even a bit better because people are inclined to underestimate him. But that takes effort and concentration, and basic things like walking require someone’s assistance.

The look on Hera’s face when she sees what happened says it all. Kanan, Jedi or not, is crippled, left without his most important physical sense. He won’t be able to fly the Ghost, he won’t be able to man a turret, even walking around from the cockpit to his cabin will take time and effort when it used to be the most thoughtless, basic thing. Training Ezra will be difficult now, as well, as he can’t see to critique his lightsaber technique.

And then there’s Ahsoka. They didn’t just lose her martial skills, they lost her knowledge and experience in the galaxy at large, the one who led them to recruit Rex and helped them stay one step ahead of the Empire. And, even more importantly, the fledgling Rebellion has lost its Fulcrum. The one agent who was in touch with groups and teams all across the Empire and beyond, the one being who knew enough people and was trusted by pretty much everyone. She was the one major force working to unite the rebel cells, and now she’s gone.

Someone will, inevitably, have to step up. Hera is the most obvious candidate, since she’s already been made Phoenix Leader and has partial command of a squadron, as well as the sort of idealism and raw determination to make that sort of difference. But, as I mentioned in an article earlier this season, having Hera become more involved with the Rebellion means that she’d have less and less time to look out for the Ghost’s crew. Which means she may not be there for Ezra when he needs her the most.

There are so many more possibilities and plot points that the finale brought up; we haven’t even started with things like Maul’s survival, the temple’s power and the consequences of three more Inquisitors dying. And we haven’t even touched on the fight between Vader and Ahsoka. Rebels gave us so much in its last 44 minutes that it would take many more articles beyond this one to try and unravel them all and begin to understand where things will go in season three. We’ll be doing more reactions here on Eleven-ThirtyEight next week and in the future, so stay tuned.

2 thoughts to “Rebels Revisited: It is Your Destiny”