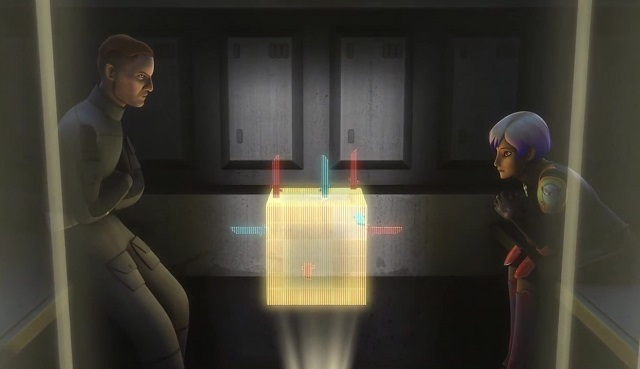 Mandalorian culture has been a rather interesting topic of discussion for quite a while now, pretty much since Boba Fett first walked onto people’s screens, and the idea was seeded that he came from a culture of warriors dressed in similar armor. It’s been teased, fleshed out, then rolled back and retconned and fleshed out again several times, from the pre-prequel era in Boba’s early Expanded Universe exploits, through the prequels with Jango Fett’s backstory and Karen Traviss’s books, then in The Clone Wars, and now in Rebels.

Back in TCW, most of the slate was wiped clean, with the idea that Mandalore had been taken over by a largely pacifistic faction and their warrior culture was frowned upon and shunned. The few warriors who stuck around were labeled terrorists, siding with the Death Watch. Then Obi-Wan got involved, Darth Maul arrived, and things started to go downhill very quickly. By the end of what we’ve seen (with the fabled “Siege of Mandalore” being largely unknown) Mandalore has been torn to shreds by civil war, with Duchess Satine and her faction being all but wiped out and two factions of the Death Watch battling for control of the capital.

Since then, Rebels has been trickling out the details about what Mandalore is like in bits and pieces. Sabine mentioned in the first season that she had attended the Imperial Academy there, and in the second season we were introduced to Fenn Rau and his Protectors, a faction of soldiers acting as police of a hyperspace lane. They value honor, respect the strong, and strike an alliance with the Rebels while still nominally serving the Empire in an attempt to maintain their independence from either faction. We also got our first clues of exactly who Sabine Wren is, in that her family is said to be loyal to clan Vizsla, the same clan as the leaders of the Death Watch.

“Imperial Super Commandos” expands on what we learned in the second season, detailing more of what the power structure on Mandalore is like. We learn that the eponymous faction has taken control of the system by siding wholeheartedly with the Empire, leaving groups like the Protectors on the fringes, tolerated but not respected. It also tells us more of how Sabine factors into the equation, being someone both vilified and respected by both factions because of her own actions and because of the history of her family.

The idea of clans and families being the formative blocks of Mandalorian culture is an element that crossed over from the older EU depictions of the society; it’s been a part of their portrayal from almost the beginning. How that power structure was affected by Imperial occupation and rule is something that was not really covered previously, even in those older sources; we got the idea that Mandalore was occupied and ruled by the Empire, but not much else besides that. 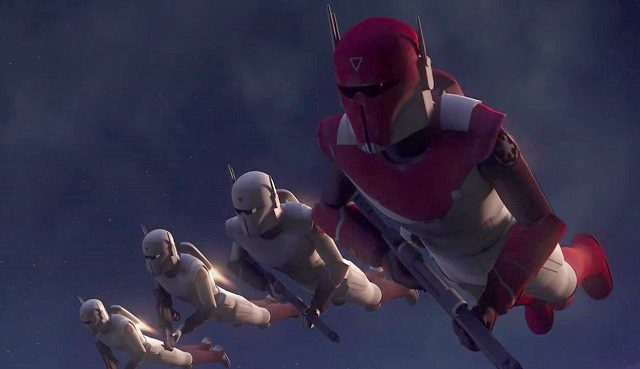 Sabine’s story is an interesting case study in how the different factions are still separated by ideologies even under Imperial rule. Fenn Rau urges her to return her loyalties to Mandalore, following up on his dismissal of her as a traitor and renegade in their first encounter. He doesn’t appreciate that she’s abandoned her home to throw her lot in with a bunch of rabble, flitting around the galaxy fighting for other people’s freedom while her own planet is still under the Empire’s thumb. While he never mentions fighting for Mandalore’s freedom specifically, it’s most definitely going to come up at some point.

Gar Saxon, on the other hand, is more than willing to capture or kill Sabine due to her Rebel ties and affiliation. However, he also gives her a fair chance to turn coats and come work for him. Unlike Rau, who drew on her loyalty to her home, Saxon tries to play on her loyalty to her family and clan. One might think that would be the stronger argument, but in Sabine’s case, it’s not. While she argues to Rau that her loyalty to Mandalore and their culture is still strong, she rejects Saxon outright, telling him that even if it were true that her mother wants to see her again, there is no way that she (her mother) is anything but an unwilling puppet under the Imperial Viceroy’s rule.

Sabine is proud of her culture, and she is proud of her own accomplishments as a part of that culture, including her martial prowess and forging her armor along with her family. But she is not so loyal as to blindly accept the rule of the Empire just because they are in control of her planet. While Mandalorian tradition may be to follow the strong, Sabine makes a case for following her convictions, maintaining her honor by leaving her home, her clan and even her family behind, while staying true to her ideals above all.

When she left her home, she was primarily running from the Empire, leaving her place at the Academy and striking out on her own. She has issues blindly trusting people and following what they say, whether that be the Empire, her family and clan, or even Hera and the other Rebels, preferring to follow her own conviction to decide her own destiny. It’s this same stubbornness that leads her to side with the Rebellion, a place that aligns with her own feelings, even if that puts her at odds with the two building blocks of her own society. But even while alone in the galaxy she still maintains her identity, not just as someone wearing the armor, but as a true Mandalorian. Fenn Rau says at much at the end of this episode, that she maintains their ideals even better than he has.

Rebels is opening a door for more stories that involve the Mandalorians as time goes on. Fenn Rau throwing his lot in wholeheartedly with the Rebellion gives them another voice with military experience, and a very skilled pilot. More than that, though, it gives Sabine someone who reminds her of where she comes from, and points her toward a day where she returns home. More than anything, though, the two of them are now united in their shared convictions for Mandalore’s future, a future that does not involve the Empire.

One thought to “Rebels Revisited: “You Have Stayed True to Our Ideals” – Sabine and Mandalorian Culture”