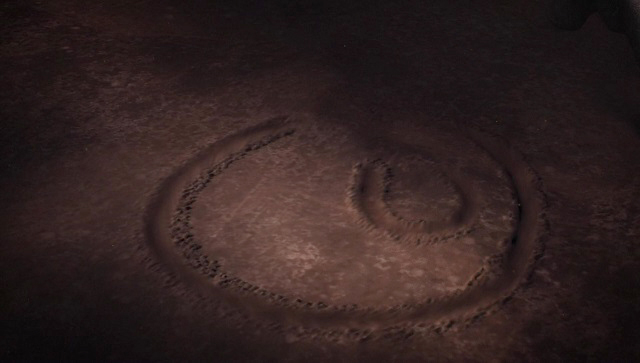 Pablo Hidalgo is one of those folks worth following on Twitter for the more trivia-inclined Star Wars fan. He’s noted numerous times in the past that things and events would start to pay off more and more, that we as fans would begin to understand some of what Lucasfilm have been building toward. In the tweet I linked specifically, he was talking about Hera mentioning Mustafar at the end of Star Wars Rebels’ first season as the planet where Jedi go to die, which we learn in Rogue One is because that’s where Darth Vader has taken up residence. But that’s far from the only way Rebels has tied in to the other Star Wars media emerging around it.

Something Pablo and the other members of the fabled Story Group™ have been focused on facilitating is a new, unprecedented level of collaboration between the creative minds and licensees who have their hands on different aspects of the universe. Ideas, characters, story beats and many other things have cross-pollinated from comics to video games to books to film and TV. For the most part, in the previous continuity, this sort of thing was limited to cameos, Easter eggs and the odd reference while authors kept their own stable of characters and events in their corner and George Lucas’s work largely held a monopoly on center stage. Any collaborations were made at an author level, with friends sharing ideas, or ad-hoc retcons that bent things over backwards to try and make ideas fit together that were never intended to. Now, it’s very different.

This week in “Ghosts of Geonosis”, we not only had Saw and Rex reuniting, tying things back to The Clone Wars with their reminiscing on the conflict on Onderon and the death of Saw’s sister, we had a dizzying amount of other call-outs to events and stories in the future, most of which were laden with dramatic irony for the audience: Saw’s growing fanaticism. The lone Geonosian queen egg. Bail Organa appearing with Sato. And of course, the symbol of a circle within a circle. All of this is being coordinated from the top down, story ideas that were created, established at certain points in the timeline, and then seeded out among comic writers, filmmakers and other creatives so they could construct their stories around it as if it had already happened.

I have seen a lot of people get frustrated with the inability of the Ghost team and Saw to understand the significance of the symbol. It seems almost unthinkable that such a clear and obvious clue would be entirely misunderstood. But there’s no reason for them to see what the lone Geonosian drew in the sand and think of a planet killing battle station. The Death Star is a secret, one the Empire tried to exterminate an entire planetary population to protect. And the idea of a moon sized space station with a massive superlaser stuck in one hemisphere being what was under construction is far, far too wide a gap for conclusions to be jumped. It’s realistic for them to misunderstand and misinterpret, because the truth is far too outlandish and terrifying for even Saw to suspect. 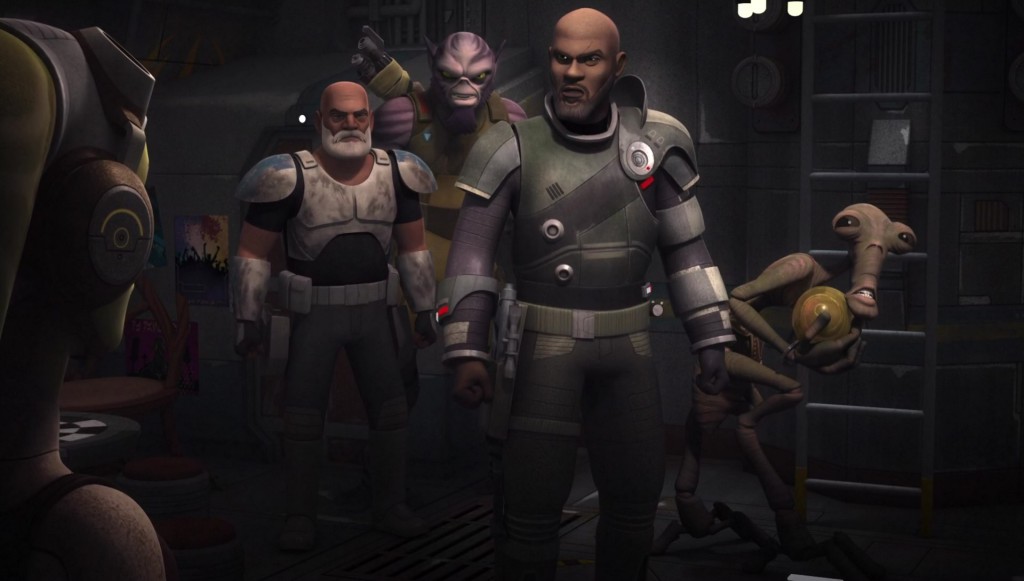 The egg that serves as Klik Klak’s primary motivation is also a call-forward, believe it or not. Readers of the Darth Vader comic series will recall a storyline where Vader and the imitable Doctor Aphra went to Geonosis in search of any leftover battle droids, and happened upon a lone, and half-insane, Geonosian queen that was unable to produce natural offspring. That same queen appears in “Ghosts of Geonosis”: the egg that Klik Klak is guarding. It can even be speculated that it is all of the abuse that the egg suffers in this episode’s second part (being thrown around, dropped, zapped with electricity, etc.) is what rendered her infertile. Whether there are any other Geonosians left at that point is left unsaid; it’s quite possible that after the queen’s death the species would be entirely extinct.

Saw Gerrera, though, is a much more far-reaching seed. Because, while he has appeared in the past in The Clone Wars, he is far from the man we would see later on in Rogue One. When we first saw him, he was a strong, moral man, a bit impulsive but still directed and driven by his quest for freedom for his planet and his people. The Saw we meet in Rebels is fractured but not broken, having lost his planet and his sister in two different wars, his entire body and soul focused on hurting the Empire in some way that is actually meaningful. When we see him in Rebels, he still has hope for the future, hope that will erode. It takes a couple more years, constant fighting and more drastic wounds for him to become the paranoid wreck, breathing from a respirator in an unsubtle parallel to Darth Vader, that we meet him as in Rogue One. Rebels is the keystone, a midpoint of his character that might otherwise just be left up to the imagination.

There are more nods, of course. Catalyst spent a few chapters covering the construction of the Death Star by the Geonosians using the same orbital construction platforms that we saw back in “The Honorable Ones”, which Hera now notes are missing. Bail Organa is working more closely than ever with the Rebel cells, foreshadowing his role in the formation of the actual Rebel Alliance, which is something I’m sure we’ll see down the road in some form. And I’m sure there are other, less obvious clues and mentions that will become important somewhere down the line.

This is what the Story Group is all about. It isn’t so much about sorting out the continuity’s minutia and sorting through the various media for every little bit of information that might create a contradiction. What they are doing is helping spread ideas. Rather than being restrictive, they are being constructive, helping to build a vast, living universe where stories are not limited to one medium. Continuity is less a maze of facts now, and more of a spreading pool of ideas.