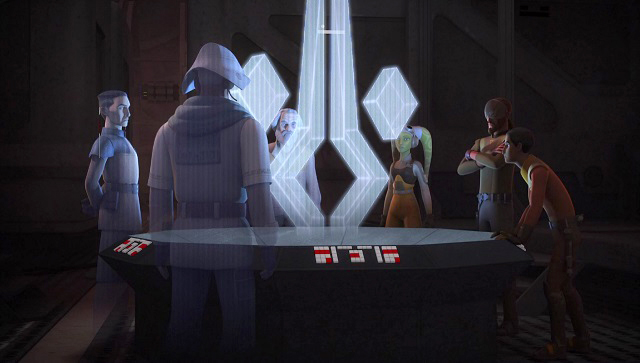 Ben: The third season of Star Wars Rebels is in the bag and with it a season full of mixed character moments across the entire cast, both heroes, and villains. It’s part of the Rebels episode formula at this point and has been since the first season; each big episode is framed with many smaller episodes that feature just a few characters out of the cast. The smaller episodes allow for a greater focus on the different characters, whether that be in a dramatic sense or a comedic one; we’ve certainly had both over the course of this season.

It’s a variation on a common formula across media, I can find similarities with the Marvel Cinematic Universe, with their smaller features focused on specific characters and their adventures between the big team-ups. Rebels typically saves its big ensemble moments for season premieres and finales, serving as bookends so we can get all of the callbacks and references to everything that happened during the season itself. This season’s premiere and finale serve as perhaps the best example out of any two episodes in the show’s run.

Rebels is a strong show when it comes to characterization; even characters who only appear once get lines that inject them with more life than most shows. Now that the show has been running for three seasons, they’ve not only given the main cast a good deal of development, they have also introduced a horde of secondary and supporting characters who, while not being as developed, still have enough color and fun to spice things up.

The question I have and would like to pose to my fellow Rebels correspondents is whether it’s time to move past the established formula and make Rebels a full-on ensemble show, where it’s the outlier episodes that focus on a single character rather than the norm. We know who the characters are now, we’ve seen all of them do their thing and know their personalities. And it isn’t like character development cannot take place within an ensemble environment, I would argue that having characters bounce off of one another is even more beneficial than a solo spotlight every once in awhile.

Now, people may pose the argument that Rebels is already an ensemble show, but I would counter that the show is built around Ezra, and the other characters are only developed in bits and pieces as they rotate in and out of his orbit. Sabine and Kanan and the others have been developed only insofar as their stories have overlapped with that of Ezra, and we’ve seen the birth of the Rebel Alliance entirely through Ezra’s eyes. Moving that spotlight away from Ezra and taking a step back to bring in the larger picture would, I feel, be to the show’s benefit. 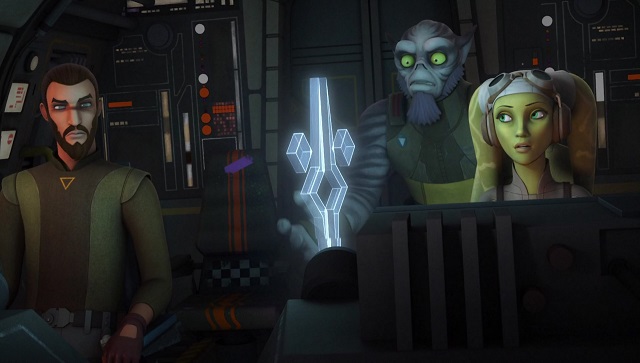 Mike: While I agree that we could do with less focus on Ezra, especially as we eke closer and closer to the status quo of A New Hope, I don’t know that a series entirely like “Zero Hour” is the answer. I do want more focus on the ensemble, but I’d like those episodes to look more like “Trials of the Darksaber” or, for an Ezra-free example, “The Honorable Ones”. For my money those tightly-focused two-or-three-character episodes are the series’ strongest (and help pave the way for these big set-piece finales by, for example, bringing the Fulcrum plot to a head in “Through Imperial Eyes”).

What I’d like is for the show to act like more of an ensemble in how it doles out those tightly-focused episodes rather than almost always including Ezra. He wasn’t the focus of Sabine’s darksaber training, but he was there. He wasn’t the focus of Kallus and Thrawn’s machinations, but he was there. He was barely even involved in the Chopper/AP-5 episode, but I’ll be damned if he wasn’t there. Remember a few weeks back when Kanan went on a “supply run” and just wasn’t around for a couple episodes? Not only is it increasingly plausible that the Ghost crew would occasionally have to split up like that as they becomes more ensconced in the larger Rebellion, it gave them more room to focus on the remaining crew (further reduced by Sabine’s absence), and raised the danger quotient a little by halving the heroes’ Jedi population.

All I ask of season four is that they send Ezra on a couple supply runs himself, and do more episodes like “Honorable Ones”. Not only is there lots of potential for another Zeb/Kallus teamup now that the latter has fully switched sides, Zeb and Rex made a great pairing in “Zero Hour” as well, so rather than have them keep fighting for basically the same secondary “tough guy” role, maybe give them a teamup episode of their own? Maybe Hera returns to Krownest with Sabine to make further inroads with her mother (or barter for some of those sweet fighters)? Hell, I’d even take an all-Kanan episode at this point; send him on another supply mission with AP-5 and ensue some hijinks. The possibilities are endless, but trying so hard to keep Ezra in the picture limits them considerably.

4 thoughts to “Rebels Revisited: Our Strength is Together – The Asset of the Ensemble”