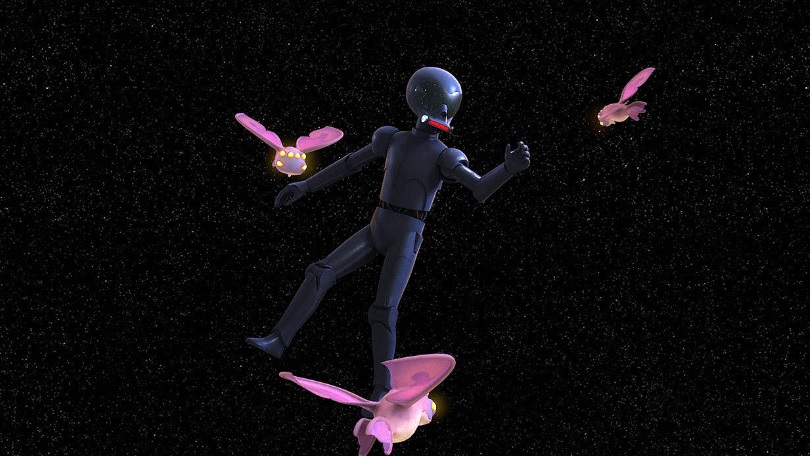 To Arc or Not to Arc?

Our expectation that all television series – and particularly science fiction series – should center around a season-long arc which develops from episode to episode is a relatively recent phenomenon. Throughout the sixties, seventies, and eighties, the two tentpole science fiction series in the UK and the US – Doctor Who and Star Trek (both in its original and Next Generation forms) – followed an entirely different format.

Classic Doctor Who usually told its stories in four- or six-episode serials, with each constituent episode ending in a cliffhanger. It would then move onto an entirely different serial – new location, new supporting characters and monsters, and often an entirely different tone. Its two experiments with season-long-arcs met with varying degrees of success, and were followed immediately by a return to the traditional format. Star Trek, with its ensemble cast, would tell a different story each week, usually centered on some kind of political or philosophical allegory. This was particularly successful in TNG, where the writers usually devoted an episode to a particular cast member, allowing them to explore and develop all of their main characters. In the case of both Who and Trek, this kind of variety was part of the DNA of the series, and kept them fresh and exciting – you never knew where the TARDIS or the Enterprise would end up next.

These expectations began to change in the nineties. The X-Files, which began as a spooky and entertaining “monster of the week” mystery, quickly began to focus more and more on a “conspiracy” arc, which eventually came to dominate the series to the extent that the early format was almost unrecognizable. This was not always successful and caused some measure of criticism as to its execution, but it did provide a template that soon spread out to other series in the genre. 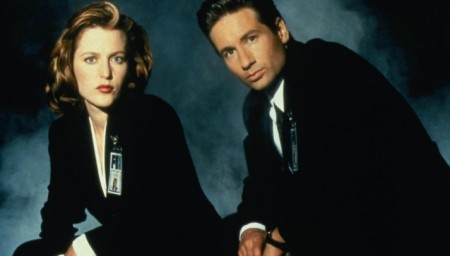 The next iteration of Star Trek, Deep Space Nine, started to tie its seasons together in arcs. Buffy the Vampire Slayer became more arc-heavy with each season, and even from the beginning had a “big bad” villain who was often the driving force behind the conflict. Lost took it a stage further, with its ever-more-complicated mysteries building from one season to the next with no resolution in sight and no true season “finales,” and the 2004 Battlestar Galactica reboot was almost entirely arc-centric. Since Doctor Who itself returned in 2005, it has used season arcs in a variety of ways – some heavy, some lighter.

To this day, though, Who is something of a hybrid, a combination of season-long arcs and individual adventures, as are many modern shows, including Rebels. But almost every sci-fi show in recent times has some form of arc underlying it. One notable – and highly relevant – exception was Star Wars: The Clone Wars.

The Clone Wars was not a series which told the story of one or two particular characters. Instead it was a backdrop, on which many kinds of stories about many characters could be told. Its stories would alternate between Jedi, Sith, politicians, clones, bounty hunters and droids, without a single core narrative continuing through a season. In typical George Lucas fashion, it would sometimes jump backwards in time to tell a “prequel” without any narration to explain that this was happening – you had to stay on your toes – and its stories would pay homage to a range of filmmakers and genres, from monster movies to Kurosawa to Hitchcockian thrillers, giving it huge variety.

As it reached the end of its life, TCW took on the format of classic Doctor Who, with four-episode serials, the individual episodes of each often ending on a cliffhanger, before moving onto an entirely different serial, with its own tone, location and set of characters. Its eclectic nature meant that the very idea of a “filler” episode was nonsensical, as there was nothing to “fill”

When Rebels arrived, it did make use of the season-long arc, and so opened itself to the criticism that any episode which did not advance this arc was “filler.” Modern audiences have come to expect heavily serialized storytelling, because that’s just what television does now, and fans become vocally frustrated when a Walking Dead episode focuses on someone other than Rick or Negan.

Each series, though, has its own structure, and must be taken on its own terms. Rebels and The Walking Dead both feature ensemble casts and fully-developed fictional worlds. Any episode which explores a character or reveals something about that world is a worthy story to tell, no less worthy than a story featuring Negan or Thrawn. They are not inherently good or bad stories, and the strength of the television format, as opposed to novels or movies, is that its episodic nature allows for this variety.

The season two episode “The Call”, in which Ezra manages to connect with the purrgil, is often cited as a “filler” episode, but the story serves many functions. It establishes Ezra’s connection with nature – something later subverted at the end of the season – and in doing so tells us something about the Force, and about Ezra himself. It adds a new layer of depth to the history of the Star Wars galaxy, hinting at the origins of hyperspace travel, and also allows us to explore Hera’s worldview as a pilot. It is also a moving and visually impressive piece of television. 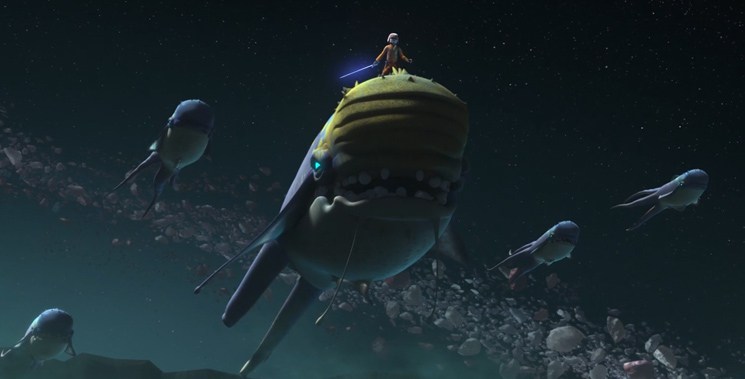 AP-5’s adventures in “Double Agent Droid” allow for a little light relief before the heavier material of the Maul and Thrawn finales, but the episode also explores the character himself, his feelings about the Rebellion and the reprogrammable nature of droids, and gives us one of the undeniably greatest moments in the entire history of Star Wars, as he reaches an epiphany while floating through space, and expresses his feelings through song. This ability to take a break from the heavier action for a week and have a bit of fun is a strength of the format.

Indeed, these episodes keep the series vibrant, and allow for a variety of tone and the exploration of the galaxy and characters beyond the “main” storyline. There is, after all, nothing worse than an arc that you find dull, and standalone adventures at least prevent this from utterly ruining your experience of an entire season. Every series and its structure has to be taken on its own terms, and as an ensemble piece in the huge sandbox of the Star Wars galaxy, any Rebels story that entertains us and tells us a little more about this place and its people is a story worth telling.

5 thoughts to “Breaking Ranks – In Defense of “Filler” Episodes”