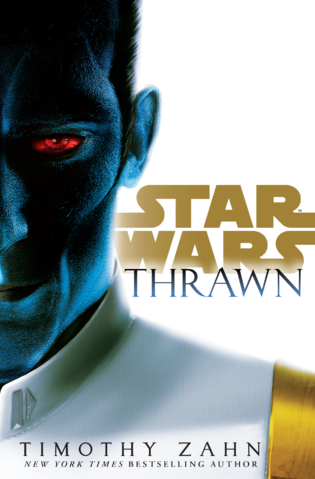 Thrawn being a part of the Rebels show itself is a topic we have discussed in the past. A topic we have not discussed is that he and Governor Pryce were both formally introduced to Rebels in the same season. Pryce was mentioned previously within the show but never seen, always having excuses made on her behalf by Minister Tua for not attending functions on Lothal herself, almost as if they were intentionally avoiding actually showing her. Then, she walks onscreen scant moments before Thrawn enters the scene. At the time, it just seemed a coincidence, the introduction of new antagonists to replace the ones who ended their journeys in the second season.

As we see in Thrawn, the two of them are somewhat tied together by fate, so Pryce bringing Thrawn in to deal with the Lothal cell of rebels means that much more in hindsight. The parallels between the two career paths are both obvious and subtle as their stories are laid out for us; Pryce and Thrawn’s stories are far from identical and don’t even follow all of the same beats, but there are elements of comparison to be made and a sort of regular connectivity that makes their appearances on Rebels even more compelling.

Pryce, as we see her in Thrawn, goes through more character development than anyone else in the book barring, perhaps, our favorite Chiss’s aide de camp Eli Vanto. She begins as a family girl, a business-minded person who strives to keep her family’s mine afloat on a world that is slowly, inexorably, being changed by the Empire’s industrialization. The decisions she makes and course she sets herself on change her into a calculating, almost super-rational person, deftly maneuvering through the Imperial bureaucracy to obtain what she wants. She becomes a part of the Imperial system she at first fought to defy and takes it over to the point where she controls the entire planet she grew up on.

But the changes also caused her to lose sight of who she was, or at least of what she had originally set out to accomplish. When Pryce joined the Empire it was both to seize an opportunity to leave Lothal, and to help save her family’s mine. However, after she becomes Governor of Lothal she has the mine shut down without a second thought; her only consideration is for the efficiency of the planet’s production. She became a part of the very industrialized machine that she disparaged at the story’s opening. More than that, though, she helps to run that machine. She is the one who makes the decision to continue strip-mining her home planet, further Imperial control of industry and government, and lobby for things like the TIE fighter production facility, all decisions we see the ramifications of in Rebels throughout the show’s time on Lothal. In getting off of Lothal, she leaves almost all concerns about what happens there behind. 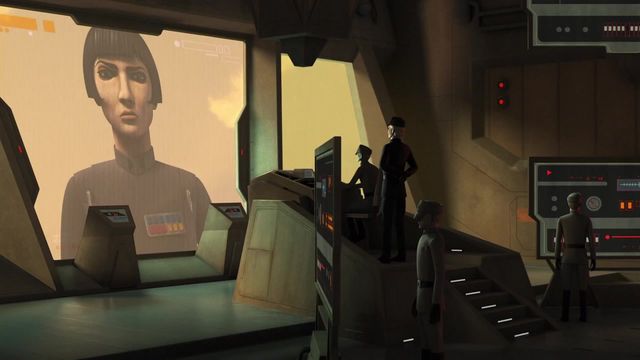 While Thrawn’s goals are somewhat different from Pryce’s in that he is entirely unfamiliar with the galaxy’s state of affairs, his concern is first and foremost his duty to his people, and he still becomes a part of the Imperial machine in the same way that she does. We get more insight into Thrawn in this book than we did in most of the previous works featuring him, seeing much more of what informs his decision-making beyond just the memetic use of art. Thrawn’s excellence in the analysis of others is something he begins the story with, rather than learning through the book as Pryce does, but we see him working to understand the Empire rather than just the enemies he encounters. There are a surprising number of times where Thrawn’s pragmatism brings him to unexpected decisions involving his erstwhile comrades in arms, both to preserve lives that others might have taken them, or to destroy lives where others might have spared them, but at all times he claims to be working for the betterment of the Empire.

Seeing a cadet-era Thrawn work his way through the ranks is a compelling story in and of itself, but extra layers are added from the moment that Thrawn is brought before the Emperor, who questions where his true loyalties lie. While we don’t see as much of Thrawn’s inner processes as we do of Pryce’s, the fact that his exile was at least somewhat plotted, as was his joining the Empire, and is all part of a larger scheme we are yet to be fully privy to, is a compelling twist. The Emperor was right to question whether Thrawn’s loyalty was to the Empire or to the Chiss. Unlike Pryce, Thrawn’s loyalty to his people was embedded so deep that the plan he made to better their welfare was seeded before the story even started. But he found ways to get both loyalties to line up in almost every instance, so no one questioned or even suspected him.

The interaction and relationship between Pryce and Thrawn does not come up in the book as much as one might expect; their stories run alongside each other rather than intersecting. But the way it plays out makes perfect sense with the character arcs they both go through. Pryce seeks to keep Thrawn within arm’s reach and on good terms, seeing him as a useful acquaintance to keep in the same way she maintains her relationship with Grand Moff Tarkin. She knows that he’s an exceptional military mind, and someone like that is always useful to have on a call list. To her, Thrawn is a way to bring someone from the military into her affairs with full confidence that he has no interest in politics, and thus, poses no threat to any of her carefully-laid plans or her own grasp on power.

Thrawn, meanwhile, sees Pryce as a like mind to himself, though more versed in political things than in military ones. Perhaps he also sees her as a similar person to his own, coming from outside of the traditional Imperial structure and working her way to power using nothing but her wits and wiles. He does not go out of his way to maintain a professional relationship with her, they just happen to meet and work together and he knows her motivations well enough to understand her ambitions and thought process. He sees her as a political ally, one able to navigate the areas he cannot spend time being concerned with, and values her as a peer who fought adversity to reach the position she is in. 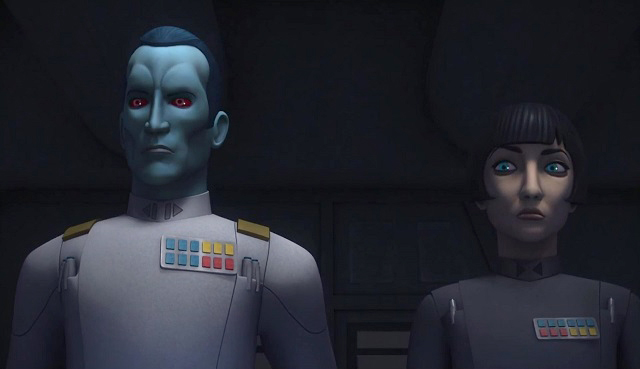 As the book moves through to its conclusions, call back to mind the opening episodes of Rebels’ third season, and see how much better we understand their joint thought processes now. We saw Pryce speaking to Tarkin and letting him know that she had consulted Thrawn and brought him in. Pryce sought to pacify Lothal and clean the rebels out after the failure of everyone else to do so, but Thrawn, as always, had bigger goals in mind. His and Pryce’s purposes aligned insofar as they agreed that the Ghost and her crew needed to die. But Thrawn likely prevailed upon Pryce that their demise was just the first step of a much larger plan: the destruction of the fledgling Rebellion as a whole. A plan that, if successful, he and Pryce could share the credit for, and would permanently secure Lothal and its entire sector. Pryce agreed to put the Ghost’s demise on a lower tier of the priorities of their operation and did everything she could to get Thrawn what he needed for his plan to succeed. She even took command of some military operations, testing the bounds of her authority the same way he did, though with far less success.

Thrawn set up the work that both Thrawn and Pryce did in Rebels quite well. We got to see the beginning of their professional relationship as well as their different mental processes and priorities. Both of them are servants of the Empire first and foremost, but the ways they go about serving the Empire are different enough to cast their actions in Rebels into a more three-dimensional shape. For Pryce to finally begin to take action against the rebels directly, and for her to bring in Thrawn, is a major step for her to take, after previously seeming to avoid affairs on Lothal as much as possible. For Thrawn, he sees the destruction of the rebels as a major step toward his goal of making the Empire a single, unified and secure society, and is basically handed a known, major cell by Pryce, a valuable launching point to that end.

Thrawn helped to flesh out both the Governor and the Grand Admiral’s roles as major antagonists for the show in unexpected ways. Of course, what actually happens in the third season might have ramifications for both of them beyond just kudos from their higher-ups for the destruction of two major rebel cells. What they are, we will probably have to wait and see in the show’s fourth season, or perhaps for Zahn to write up a new installment. The fact that the works are tied in so closely together that the characters flow from one medium to the other seamlessly is terrific work from both Zahn and the Rebels writing team. It will be interesting to re-watch the third season once it comes out on Blu-Ray with this book in mind and see how much additional subtext there is to pick up.