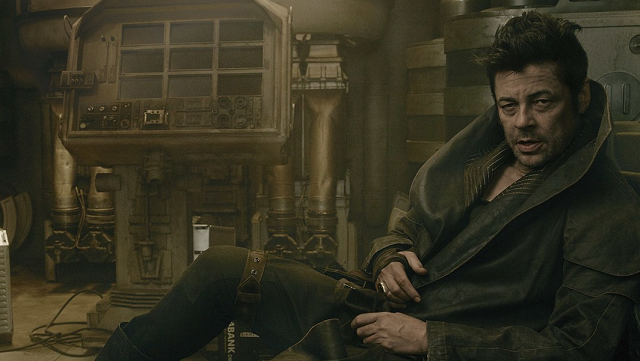 Last month’s The Last Jedi photo spread in Vanity Fair, among lots of other things, gave us our first look at the characters played by Laura Dern and Benicio Del Toro—something that’s especially interesting for Star Wars, where knowing that an actor is “in” a movie isn’t necessarily a guarantee that you’ll see their face. While Dern’s character was given not just a name, but a rank and affiliation—Vice Admiral Amilyn Holdo of the Resistance—Del Toro’s character is identified only as “DJ”, and if the accompanying article can be trusted (though let’s be honest, it can’t), he gets no moniker at all in the film itself.

Picking through the scraps of information doled out in advance of a new film and trying to decide what’s important is one of the most fun things about this new era for me—who is Bobbajo? What’s a “Guavian Enforcer”? And who is this intriguing Constable Zuvio?? For us to know about them months beforehand, these must be crucial parts of the story, right?

Well, nope. Not remotely. The truth of Star Wars is that everything is a “big deal” in the sense that it’s new and fantastical and captures people’s attention—but actually playing a major role in the story is another thing entirely. This is reinforced by the fact that many well-known, respected actors will gladly sign on for what amounts to a cameo role, or even a completely anonymous one, just for the thrill of being in Star Wars. Knowing that Benicio Del Toro is in The Last Jedi, in other words, is a very, very different thing from knowing that his character matters. The fact that he allegedly doesn’t even have a full name supports this—“DJ” could be to TLJ what “Bobbajo” was to The Force Awakens: a glorified walk-on role.

Having said all that, though? I decided pretty quickly that he’s playing a grown-up Ezra Bridger.

Note that I didn’t say I came to this conclusion logically, or that I expect it to be true. If there’s one thing we learned from Rogue One it’s that not even Lucasfilm has an absolute sense of what a movie is going to end up being six months or more ahead of time. Ideas grow, evolve, or are discarded entirely (author’s note: further proving my point, as I was writing this Phil Lord and Christopher Miller parted ways with the Han Solo movie—so who the hell knows what’s going to happen there). This goes triple for fans; the emerging narrative is that TLJ is likely to mirror The Empire Strikes Back to some extent, in particular with Luke training Rey to be a Jedi. But we don’t really know that, and certainly there’s plenty of evidence at this point that Luke intends on doing no such thing. But that’s how these stories tend to go, so we as fans have largely decided that she will get trained. Every fan theory, even a seemingly obvious one like “Luke will train Rey”, is something we just decide one day is going to happen—and once we do it becomes a rooting interest; maybe because we’re really into the idea, but most of all because we’d like to be right.

I’d certainly be thrilled if I ended up being right about this, but really? The notion just tickled me. So in the absence of any real evidence in either direction, I decided I would go ahead and believe it. That’s all any of us ever do at this stage, just decide to believe something; this particular belief is simply incredibly unlikely.

Well, the thing that nudged me the last inch into buying in was this tweet pointing out what seems to be a scar on “DJ’s” cheek that matches Ezra’s. But that’s almost nothing as evidence goes, especially since it looks like there’s a similar mark (or, y’know, cheekbone) on the other side. Also the age works—Del Toro is 50 and Ezra, if he’s still alive at this point, would be 53.

But it’s not about what’s there as much as what could be there. A shady and unscrupulous character turning out to be a former Jedi (“Defunct Jedi”? “Disaffected Jedi”?) would be a fun subversion of expectations for the sequel trilogy, and muddy up the concise backstory of TFA a bit. If Ezra ended up crossing paths with Luke and either flunked out of his academy or escaped the massacre unharmed, that would make him a pretty logical person to play a role in the events of TLJ, and Star Wars Rebels has gone a long way toward positing the galactic underworld as an alternate career path for Ezra when the Jedi Knight thing inevitably doesn’t work out. A grizzled, withdrawn Ezra operating his own (Hondo’s?) criminal enterprise and staying out of Jedi politics isn’t the most optimistic “ending” for the main character of a cartoon show but it’s one I’d find a lot more interesting than early death or total exile.

Also, note that I say none of this in contradiction of the idea that it’s a small role, or even that he goes unnamed in the film. As big of a deal as it was when Saw Gerrera was revealed to have a role in Rogue One, the character didn’t end up doing a whole lot in the film. The same goes for Lor San Tekka—Max Von Sydow is a bigger name than that role would normally suggest, but like Saw, he makes a huge impact on the plot in a short amount of time, and for all we know could continue to be important as the story unfolds. The final season of Rebels will only be half over when TLJ comes out; like the apparent connection between Starkiller Base and Ilum, “DJ” being Ezra could be something that’s only vaguely suggested, and left for fans to piece together later on. Those kind of connecting details make a huge impact on us megafans, but that doesn’t mean the mainstream marketing would want to scream about them—Del Toro is probably not playing Ezra, but if he were, after Saw it would be very easy for me to see it playing out exactly like this. 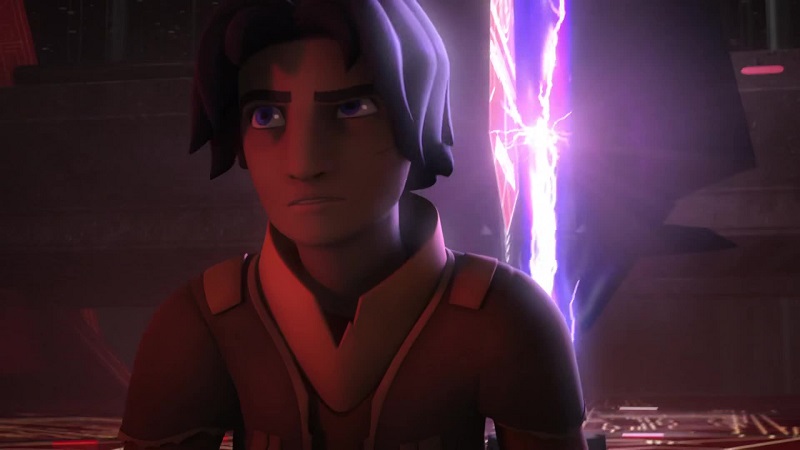 But you admit that this is really unlikely, so why make a big thing out of it? Won’t you feel stupid when you’re wrong?

Ages ago, when TFA was but a twinkle in JJ Abrams’s eye, there was a news item that said Lucasfilm was looking at Breaking Bad‘s Jesse Plemons for a role. To this day I’m not sure if that was actually true—though it’s easy to speculate now that this was for Hux—but the story caught me at just the right (wrong?) moment, and I thought “hmm, he’d make a pretty good adult Ben Skywalker!”

From that, I very organically concocted an elaborate scenario in which Plemons was indeed playing Ben and the film was going to do its damnedest to work with the not-yet-Legends Expanded Universe while skipping past the vast majority of it in the timeline. I posited this as the “best-case scenario” for EU fans, which, wow, I must have been on something. But I didn’t believe all that much more than I believe the Ezra thing now; I presented the theory here to make a larger point—that even if I was right, there was no way to make the sequels align perfectly with the EU and it was for the best that we start to get used to the idea of a “new continuity”. Better to “spend the next several years rejoicing for everything that survives,” I suggested, “rather than mourning everything that doesn’t”.

Point being, theorizing shouldn’t be about whether we end up being right—it’s a fun activity on its own merits and should be enjoyed as an end unto itself. In some cases, drawing out a hypothetical can help us better understand what we do believe, or at least want; I didn’t have much of a position on post-Rebels Ezra before this but even if “DJ” isn’t him, the character crystallized in my mind the kind of future I’d like Ezra to have, and I’ll be rooting for him a little harder now than I might have otherwise.

So this was all a way of saying you don’t really believe he’s Ezra?

I find it an interesting idea. That’s all I really want from Star Wars, so why not root for it? At the most basic level, theorizing can be a fun, innocent form of gambling; to decide that Rey is trained by Luke is a popular, low-stakes bet, but that means the potential reward—the satisfaction of a correct prediction—is low. Why not go all in once in a while?

6 thoughts to “On Theorizing, or Why Benicio Del Toro is Playing Ezra Bridger and I’ll Fight You Over It”