His previous work has been on books like the Essential Atlas or the Essential Guide to Warfare – books that are all about trying to make it all work. Or bringing a new take to material you might consider humdrum. In this respect the books Moving Target and The Weapon of a Jedi are each based around what seems a blindingly obvious character observation. In Moving Target’s case, a consideration of how the revelation of the second Death Star had a devastating effect on Leia. How could it not? Yet no one had spun that story into being.  Similarly, bereft of anyone to teach him, how does Luke even start to work out how to use the Force?  He had done it on the Death Star run but he did not know how he had.  Again, seems so easy, so obvious, but when I read Weapon of a Jedi, the story felt new.

What Mr. Fry does for the canon publishing with this book is break out the duct tape, hammer, and a few nails and he starts patching it, now that the vandal Johnson has finished going full punk rage on it all. It was these little extra details that made the novel much better than the film. Now, granted, that’s not saying much, but what is far more exciting is what they may give rise to. These extra details, histories, and character observations adds up considerably – and all the best stuff is mostly stuff that which was not in the film.

Let’s recognize the tragedy of TLJ for what it was by returning to December 2016: Rogue One came out in cinemas and it was a far bigger success than I ever expected. It also had a moment of real movie magic amid an age of CGI and an audience that thinks it knows all the tricks. Disney, too, were surprised by the reception to that moment. No one expected a pair of Rebel pilots turning up at the Battle of Scarif to be a big deal, except they were the same guys who led the squadrons at the Battle of Yavin in A New Hope. The same guys that were in a film nearly forty years earlier, yet looking exactly as they should. It was damn cool and everyone loved it.

The other big accomplishment at the time was in how Rogue One worked with the other pieces of Star Wars. There was the Catalyst tie-in novel which, if you read it, changes the opening scenes greatly. Some people spotted a ship that looked remarkably like the Ghost from Star Wars Rebels  and Hera even got a mention – you have to look for it, but it’s there. It was a masterpiece of coordination that paid off incredibly well. And a year later, TLJ just didn’t give a fuck. 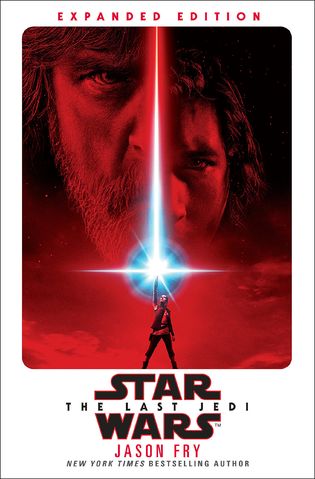 So Mr. Fry went to work and, for me, he succeeded greatly in these five areas:

The Unknown Regions: Now, it may be that Episode IX does unto Episode VIII as VIII did unto VII, which in turn did the same to Episodes I to IV, but what if it does not? What direction might things go in the future? One possibility is the Unknown Regions. The source of the First Order’s military and technological might, the area to which the defeated Empire legged it in shame and quite a bit more. Grand Admiral Thrawn knew of, and aided the Emperor in mapping the regions. From this novel, it is revealed that Snoke hails from them too and knew of particular secrets that lay within. In short, there has been a great deal done with this area of space so I find it hard to believe that it is for no reason. Rather, I suspect it has to be going somewhere.

The Huxes: Brendol Hux, aka the arch-bastard that spawned Evil Weasley. Hux Senior’s activities date all the way back to the time of the Clone Wars, though he first turns up in the quartet Servants of the Empire, oddly also written by Mr. Fry. There, at the Arkanis Imperial Academy, Hux seeks to realize his theory of training soldiers from birth – controlling their entire life to produce perfect troops. It is in the First Order that Hux will realize his dream. His son has an equally warped view of galactic history, having been taught that the Jedi used child soldiers and went for a coup. Thus, Hux Junior sees the First Order as heir to that notion – like his father, Armitage is incapable of admitting any possibility of error. Fry weaves in some quite withering critiques of Hux too, one from Snoke and one from Ackbar – both suggest some quite major flaws in the general.

A house divided: Those of the old Empire see the First Order as wannabes, juvenile fools that have never fought a war. The First Order reciprocate this disdain, with Hux plotting a coup and purge after the First Order has conquered the galaxy. To the one side, experience counts – to the other, experience counts for nothing because they still lost, and winning is everything. In Legends, the Imperial Navy did, once, gets its act together, years after the Battle of Endor. Old grudges were set aside, forces were combined and they dealt the New Republic a hammer blow by assaulting and expelling them from Coruscant. It all went cataclysmically wrong after that victory, with their forces fracturing over who would be Emperor. Could we see a First Order civil war? From the way it is presented in the novel, it is a real possibility, particularly given the Kylo-Hux relationship. 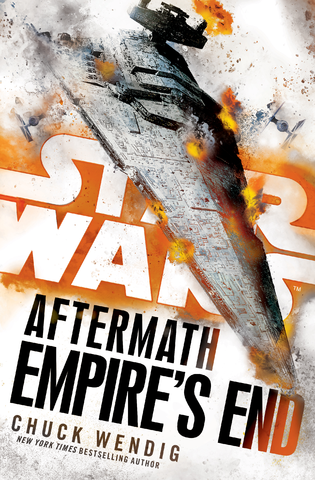 Quests and plans: As explained in Empire’s End, the Contingency, in effect the Emperor’s last will, was to basically burn the galaxy down. A gigantic “fuck you all” as it were. Then, the First Order arose from rebellious Imperials who were unwilling to immolate themselves for their dead Emperor – in this respect, they were led by Grand Admiral Sloane, who began the First Order. The novel alters this quite a bit, with Snoke viewing the Contingency as always being about rebirthing the Empire into a stronger, more ruthless form. This idea is not new, but it is good to have confirmed and it fits particularly well with the development and use of the Starkiller. The novel also reveals that Luke sought secrets across the galaxy, seeking a wider understanding of the Force. It was some of these secrets that Snoke acted to prevent him from accessing.

The New Republic: Here, despite massive limits on Fry’s room to maneuver, there are subtle hints that the Republic is not quite as down for the count as Hux claimed. With the way TLJ ends, with the remaining members of the Resistance on the Falcon, there is no way for them to fight the First Order without the Republic and other allies. Whatever happens in Episode IX, new ships will be needed and they will have to come from somewhere. For all people are dismissive of the Republic – and both films have not helped – the events span about a week. No government will recover that quickly from a decapitation attack on the level unleashed by the Starkiller, but it will recover. To borrow and adjust a Legends line: the Republic will always strike back.

There are some hills in TLJ’s story that are simply too big and too steep, but the overall, wider picture it sketches? Very, very encouraging – especially if it all gets developed further. And it should get developed further because the post-Endor era really, really needs it. It has some pieces yes, but they are isolated and apart. By contrast, in the other eras, there is far more coordination going on – Hera has turned up in the Aphra comic, and stories of both rebellion and conquest on Mon Cala are being spun at the same time in two comics simultaneously, as each book occupies a different point in time.

If Luke, Han and Leia were not in the sequel films, I could enjoy them a lot more. As it is, the way their stories have been handled is, short of Episode IX being very surprising, is always going to cast a pall over the era for me. But, if the various histories and ideas planted in the novelization can be fully realized, they could result in a story that I can appreciate in other ways. It is in this respect that the novelization is successful for me and I hope the foundations it has laid are built on.