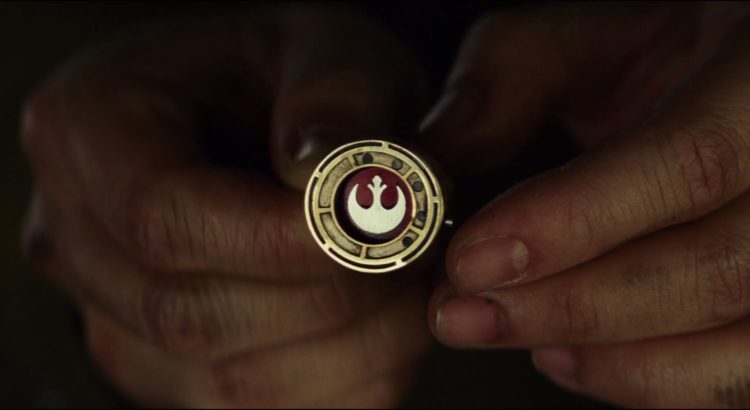 “Poe Dameron is super cool. Finn’s super cool. Even though [Rose] is good at what she does, she’s not known. She’s not cool. She’s this nobody, this background player…”

This was our introduction to Rose Tico: an interview with Entertainment Weekly, well before Kelly Marie Tran graced the big screen in The Last Jedi. From the beginning, Rose has been billed as someone overshadowed by the heroes surrounding her. If it’s not the Sequel Trio, it’s her own gallant sister Paige. The Forces of Destiny and Star Wars Adventures comics take it another step and emphasize this in-universe, as head mechanic Lazslo actively demeans her place in the Resistance. It’s a mindset that Rose herself internalizes. In Spark of the Resistance, she dismisses her own instincts because she’s not a Jedi like Rey or a great leader like Poe. She’s “just Rose” (emphasis mine).

This was an unexpected glimpse at Obi-Wan Kenobi’s friend: a heartfelt journal entry as he takes on a Crimson Dawn labor camp. From the beginning, Dexter Jettster has always exuded confidence. The script for Attack of the Clones describes him as “not someone to tangle with”, and between gun-running on Ord Sigatt and brawling on Ord Mantell, his underworld background in Legends only increased this reputation. In the new canon, The Smuggler’s Guide starts with this similar tone of confidence only to come to a shuddering halt with Dex’s doubts.

In a franchise where many of our leads spend time believing themselves to be something more than life has planned, Rose and Dex seem to believe that they aren’t enough. It’s a galaxy full of cruel empires and powerful crime syndicates, and Dex is just one person, and Rose is just Rose. They are, as Tran continued in her interview, “just like everyone else” (emphasis mine). And grim though this perspective might be, there’s a grounding and a gentle inspiration in characters like these.

In The Smuggler’s Guide, Dex travels out to a backwater world in order to gather intel on some Crimson Dawn dealings. He discovers a mining operation that works its laborers to death, mutilating them along the way. It’s upon this discovery that Dex ends the entry in the guide with the above quotation, expressing his grief that he can’t save anyone. Yet his very next entry opens with the declaration that he went ahead and did it anyway.

Dex downplays his own heroism – saving one worker won’t affect Crimson Dawn, and his intel won’t shut down the syndicate altogether – but he’s content that he did what he could. His first meeting with Obi-Wan Kenobi in The Life and Legend of Obi-Wan Kenobi (Legends) likewise reflects Dex’s need to act. As the Padawan catches him in the middle of smuggling supplies and weapons to locals, Dex doesn’t apologize for what he did. It might put him on the wrong side of the law, but when a government starts oppressing its people? Well, Dexter Jettster “just had to do something.”

Rose’s start to her Resistance career was similar, with that need to act in the face of evil. In her Age of Resistance comic, she and Paige destroyed a score of First Order ships assaulting their home. It wasn’t enough to save their planet, but it was a first step toward becoming what Leia would encourage of them: “a constant, frustrating pain in [the First Order’s] side.”

We also see Rose uphold this attitude in Forces of Destiny and Star Wars Adventures, in smaller situations where the fate of a world might not hang in the balance, but there’s still a problem to solve and a life to save. If Rose has a chance to solve it, to help, she’ll leap into it with everything she has. By the time of Cobalt Squadron, which leads into The Last Jedi, Rose has made the decision to help so often that it becomes instinctual. Like Dex, she’ll have her moments of doubts before and after the fact – she describes her fear as being as much a part of her as her Otomok medallion – but when the moment comes, she refuses to see any other choice.

“Someone needs to [go on the mission],” Paige said. “But I’m not sure it should be us.”
Rose frowned at her sister in the cool half light of the sunrise and asteroid shadow.
“Why not?”
“I don’t want anything to happen to you. I’m responsible for you.”
“We’re pretty much up to our ears in it together already,” Rose pointed out. […]
They walked a little further along the trail.
“Have you thought about it?” Paige asked suddenly.
“And?”
“I’m ready to leave after breakfast!”

What does it mean to be just? If you will forgive the use of the most clichéd of essay tropes, Merriam-Webster’s dictionary defines it as “acting or being in conformity with what is morally upright or good.” Also applicable here is a quote often attributed to Edmund Burke: “The only thing necessary for the triumph of evil if for good men to do nothing.” In its essence, to be just is to act, even if it’s as small a gesture as recording an injustice or reading a manual.

The original Skywalker once told her son that the “biggest problem in this universe is nobody helps each other.” The Bridgers asked their son, “if we don’t stand up, who will?” Both these sons would go on to become great Jedi, but those ideals came from a slave and a pair of civilians who did the best that they could in the situations in which they lived. Shmi raised her son to consider the needs of others. Ephraim and Mira spoke out against the Empire as it closed in around them. The ripple effects of their acts shook the galaxy.

Star Wars is a story in which many of us find inspiration and hope, sometimes manifested as a simple farmboy or a nobody from nowhere discovering they have great powers beyond their comprehension, but the hope is always built on someone just doing what they can with the skills and tools they have. In Spark of the Resistance, it’s Rose who ends up saving Commander Poe and the Jedi Rey from a First Order ambush, drawing on her skills as a mechanic. In The Smuggler’s Guide, Dex is no warrior but uses his experience in intelligence networks to hinder the work of a syndicate operation.

Neither Rose nor Dex waited to be told they were destined for something great; they didn’t even wait to believe it of themselves. They simply behaved like it. They saw a deed that needed to be done, a wrong that needed to be righted, and just acted.