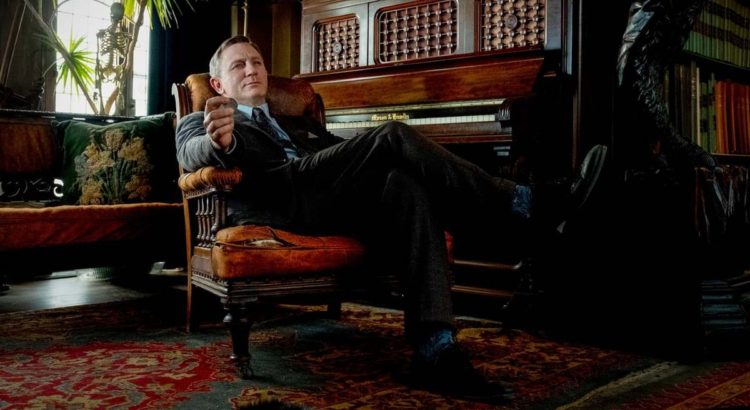 Star Wars is at a crossroads. While The Rise of Skywalker’s worldwide box office will gross over a billion dollars, that’s a far cry from The Force Awakens’ two billion. ROS will end up below every Avengers film, both Jurassic World films, and even its predecessor The Last Jedi. Perhaps most shockingly, the finale to the Skywalker saga could well end up with a lower total gross than DC’s Joker. Uncertain, the future is.

Imagine it’s 2016, and someone says to you an R-rated psychodrama would make more money than Episode IX of Star Wars. How would you react? You’d probably tell them to lay off the death sticks. Yet as I type these words, Joker stands ahead. There is, for sure, a large confluence of factors that led to this upset. Both films are divisive, but controversy boosted Joker while deflating Star Wars. Critical reviews for ROS were tepid at best, while Joker has been nominated for eleven Oscars, including Best Picture. Regardless, it can’t be ignored that Joker has made its production budget of (at most) $70 million back at least fifteen times over. ROS, with a price tag of $275 million, has returned less than four times as much. A billion dollars is nothing to sniff at but as a return-on-investment that’s far from a home run.

2019 was the year the mid-budget film struck back. Joker leads the top of a wide pack, followed by It: Chapter Two, Us, John Wick: Chapter 3, Knives Out, Once Upon a Time…In Hollywood, and many more. Audiences flocked to smaller films and studios saw strong, sometimes enormous, returns on budgetary investments of less than $100 million—while tentpoles like Dumbo, Alita: Battle Angel, Maleficent: Mistress of Evil and X-Men: Dark Phoenix floundered.

What does this mean for the future of Star Wars? The lowest-grossing Star Wars film [not counting The Clone Wars] is Solo: A Star Wars Story. With a worldwide gross of $393 million and a production budget of $275 million, when factoring in other expenses it’s estimated to have lost around eighty million dollars, an Alderaan-scale disaster for Disney. For a minute, though, let’s place ourselves in an alternate universe. In that alternate universe, Solo is smaller and more intimate…a western heist film instead of a CGI extravaganza. In this universe, Solo costs $125 million instead of 275. When this Solo, let’s assume, also fails to hit a huge worldwide audience, it still turns a mild profit—or at the very least, doesn’t lose a dime.

The conclusion that many seem to have drawn with Solo was that there wasn’t an audience for the film. I disagree. I think there was an audience, albeit a far smaller one than Disney and Lucasfilm expected. Bob Iger and Kathleen Kennedy were hoping for Rogue One numbers, or something similar to that film’s billion-dollar gross. If you’re expecting to make a billion, spending almost three hundred million isn’t bad. However, I disagree that a total gross of almost four hundred million equals no audience. Once Upon A Time…In Hollywood’s run is ending in that range, and that film has been lauded as a massive success.

There needs to be a re-examination of the Star Wars brand. It’s huge, and strong, but clearly not strong enough to guarantee that every film is a grand slam. I think it has the potential to be much stronger, and it starts with an acknowledgement that while there is a built-in core Star Wars fandom, that audience translates realistically to something like Solo’s $393 million, not a billion. That may seem low, but it forms a solid base gross for a film series. The Kingsman, John Wick, and Resident Evil series all operate successfully in that range, and I believe that’s just the floor level of what Star Wars is capable of.

In response, the argument I hear most often is that Star Wars films can’t be made for cheaper. The Mandalorian exposes that as false, with every 30-to-45-minute episode budgeted at $15 million. Expand that to feature length, tune up the visual effects a bit, and you’re back in that magic $80 million range. That’s slightly above Joker, about what 20th Century Fox spent to make Shane Black’s The Predator. Returning to my original line of thinking, an $80 million film that returns $393 million worldwide is a solid success.

The next argument is that audiences want booming action and big spectacle, and little else will suffice. My response to that is Kingsman and John Wick, series that draw solid audiences because their action is not necessarily huge, but just plain good. The Mandalorian doesn’t have any epic space battles or massive clashes between armies, and without a doubt the show is some of the most beloved and universally-liked Star Wars content in years. The action in The Mandalorian is terrific; it looks great and cost a fraction of what was spent on The Rise of Skywalker. And people absolutely love it.

Audiences don’t just want action, they want other genres as well. Horror films from the It, The Conjuring and A Quiet Place series have pulled massive numbers around the world. Musicals (Bohemian Rhapsody, La La Land, and A Star is Born) are even bigger. Audiences want whodunnits like Knives Out, comedies like Deadpool, and they even want to see Once Upon a Time…In Hollywood, an L.A. hangout movie that doesn’t follow traditional plotting.

There are many talented producers, writers and directors out there willing to make these films—imagine Scott Derrickson’s Death Troopers, Damien Chazelle’s A Cantina Band is Born, Kenneth Branagah’s Murder on the Coruscant Express, and Steven Soderbergh’s Lando’s Eleven. It might seem counterintuitive, but evidence suggests this is where the money is. If Solo and The Rise of Skywalker are any indication, the old way of Star Wars filmmaking may not be working as well as it used to. Now is the time to make more with less.