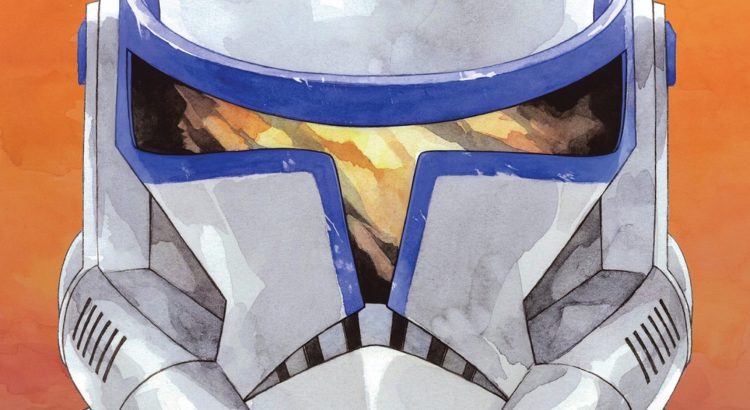 Now, I for one, enjoy novelizations; it’s a love that was formed back in my childhood, and I’ve never really stopped checking to see if a recent movie I loved has gotten the treatment. Some of the merits of these are obvious, such as inclusion of deleted scenes or the ability to get inside a character’s head. And just like page-to-screen adaptations, novelizations have their own common pitfalls and hurdles. After all, there is so much visual and audio information contained in a single shot or even a cut between two scenes that an author has to choose what to focus on, with an entirely different storytelling toolkit.

These pitfalls and hurdles are present in Stories of Light and Dark, and I am starting with the negative here, because I have some significant praise to bestow later on.

Probably the largest pitfall here is the fights. Combat scenes, from what I can tell in reading various adaptations over the years, are some of the hardest to wrestle. I weep for the authors who are tasked with recreating fights from visual mediums. There’s a desire to go through these scenes, beat by beat, hit by hit, as we see them on-screen. Not only are such scenes frequently major parts of The Clone Wars episodes, they also tend to be integral to the plot. The authors can rarely skip over them, and in the anthology, that is where some of the stories tend to trip up.

One hurdle of adaptations is magnified in this anthology, and that is space. Full-blown novelizations are usually allowed the space to cover the entire story (though the author might experience a greater time crunch than with original novels). In contrast, junior novelizations and YA adaptations have limited space, and this anthology is delivering those as short stories. Some of them only encompass one or two episodes; others encompass entire four-episode arcs. That’s the length of a full movie. Selective focus is going to be necessary to tell an engaging story. Even for those of us coming in already knowing these stories, we can see events anew when they’re specifically highlighted by a theme or given a twist by the teller.

The best stories in this anthology are the ones that are able to center their adaptation around a theme (Padmé’s and Obi-Wan’s stories are especially good) or around a single perspective (Bane’s and Katooni’s voices are captured perfectly). Choices like these provide a focus for the author and for the audience. While these can and do limit our perspective – we don’t get Anakin’s scenes in a story told by Cad Bane – it allows us to go deeper into what we are given.

All of these stories, even when they encounter common pitfalls, are well told and have some unique flair to recommend them, and the authors tackle their hurdles with aplomb. Every story will find itself to be someone’s favorite. For my part, however, the adaptation of “Brothers” and “Revenge” perfectly encapsulates the merits of this anthology. Am I biased? It’s Rebecca Roanhorse writing Darth Maul. Of course I’m biased. But also, the only thing I need to make my point is the story’s title and its first sentence. That’s how good it is.

“Dark Vengeance; The True Story of Darth Maul and His Revenge Against the Jedi Known as Obi-Wan Kenobi”

Look at this title.

Bask in its glory.

Author Nnedi Okorafor once said, “I like an economy of words, so I enjoy the challenge of making lean prose do as much as possible. I like to see what I can do with a few simple, clear words,” and despite its length, Roanhorse’s title fits into this economic use of words. When I was learning how to write flash fiction, one piece of advice told me that, when you have a limited word count, let the title do some of the heavy lifting. Have it establish a theme or describe the setting, provide that context for the short amount of time you have to tell your story. The “Dark Vengeance” title does this.

This sets the tone and the stage for the reader. It tells us what the focus of this adaptation will be. We know that we are about to get a story told by a very unreliable narrator in the most dramatic fashion possible. It preps us beautifully and sends us in, where a little surprise twist is waiting in the first sentence.

This is not the only story in the anthology to be told in the first person, but it is unique in who it is being told to. Katooni is told in the standard first person that we see in most books, telling events through her eyes, with no direct audience for their monologue. Bane and Dooku both relate their tales to someone in-universe. Maul, however, is interacting with the reader, and he is assuming the reader is a child.

These little addresses throughout the piece invite the reader directly into the world as “dear child” and “young friend”, with apologies, reassurances, and excuses. Not only is it exquisitely Maul, it also drives home who the intended audience is. Oh for sure, we adults will find something to enjoy in this anthology, but really, these are stories for kids.

There’s a question that has seemed to plague Stories of Light and Dark ever since its announcement. That question is “why?” Why are we getting adaptations of The Clone Wars episodes and not new stories [1]The one original tale was not included in my review copy.? What is its merit?

Like I said, I have loved novelizations since I was a child. My reading habits have grown and altered, but there are two books that have survived the constant weeding of my collection for twenty years: the junior novelizations of The Lost World: Jurassic Park and Godzilla (1998). The former is in shambles, the first eight pages beginning to crumble at their yellow edges, a cover and title page clinging to the rest of the volume by the aggressive taping of a desperate child.

I traded for Godzilla at my elementary school’s wandering book cart, snatching it white-knuckled, hardly believing I had gotten it. The Lost World I bartered and begged for, deliberately casting longing glances toward it on my fifth-grade teacher’s shelf, consistently selecting it for reading time, until at last he caved, and it became mine.

The Godzilla and the Jurassic Park franchises will always have a special place in my heart because they were mine. Star Wars was always a family event; these two were the first “fandoms” that I chose uniquely for me. Unfortunately, that meant I didn’t have easy access to the movies for several years, because we didn’t own them. I’d have to catch them on TV, select them as my free birthday movie from Blockbuster, or hope that my brother’s friend would bring his copies during a sleepover (and that they would let the kid sibling watch from behind the couch).

These junior novelizations gave me access to the worlds I loved, right at my fingertips. I could revisit my monsters, raptors, and favorite moments anytime, anywhere. And sometimes, as a child, it wasn’t a matter of revisiting, it was a matter of discovery. Men In Black II and Treasure Planet were stories I first experienced – and for a while only experienced – through their novelizations. Financial access to movie theaters, not to mention the time of the parent who would have to come with me, was not guaranteed.

This sort of access was on Ahmed Best’s mind when working on Jedi Temple Challenge. When the game show was announced to be airing on the Star Wars Kids YouTube channel, a common question was “why?” Not only had Disney+ recently launched, it had seen success with its Star Wars content, and other family-friendly game shows like Be Our Chef were using that platform. Jedi Temple Challenge could drive more subscribers to Disney+ and reward the people who already had subscriptions.

Best’s response in a tweet was that he wanted this show to be as accessible to as many kids as possible. This meant that no one would be dependent on their parent’s willingness or financial ability to pay for a Disney+ subscription. Similarly, a one-time purchase of a book that a child can wear down to the binding, or a check-out from the local library, is now going to give them access to several of the best stories The Clone Wars has to offer, without that Disney+ subscription fee.

Part of allowing Star Wars to be for everyone, part of removing the insidious gatekeeping, is making sure everyone can have access to begin with. This is going to be an open door for some kid into a world they will treasure for years. That is the greatest merit I’ve found in The Clone Wars: Stories of Light and Dark.

Thanks to Disney-Lucasfilm Press for allowing me early access to The Clone Wars: Stories of Light and Dark for review purposes.

One thought to “Stories of Light and Dark: Is There Merit in a Clone Wars Adaptation?”