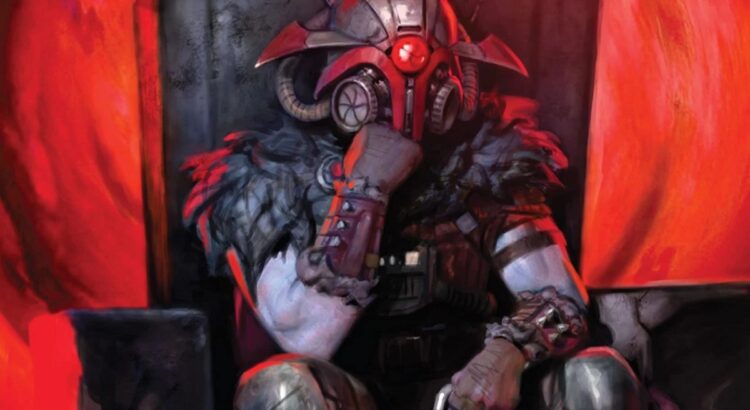 Phase One of The High Republic has come to an end, and with that came the surprising announcement that Phase Two will actually be going back another 150 years, apparently to flesh out how certain long-forgotten events led to the mess our heroes are currently dealing with in the (relative) present day.

In this respect, The High Republic seems to be mirroring the release structure of the Skywalker saga, which introduced the battle against Emperor Palpatine in the original trilogy, then showed the origins of that conflict, then jumped forward again to resolve it once and for all, now with the benefit of hindsight.[1]Depending on how one views the sequel trilogy’s efforts to integrate into the larger story an even more apt comparison might be machete order, in which the prequels are treated as an extended … Continue reading

If the creators really are intentionally mirroring the films, that suggests that Phase Three will be a conclusion of some sort—if not to the era in general, at least to the threat of Marchion Ro. For the purposes of this piece, I’m assuming as well that said conclusion will be meant to be genuinely happy, rather than the pyrrhic victory of The Phantom Menace; it’s fair to believe otherwise considering where things end up a couple centuries later, but it’s my feeling that they called this saga “The High Republic” for a reason, and the defeat of Marchion Ro will be presented as a rousing triumph of the Galactic Republic and its Jedi, rather than the first in a long line of compromises that will lead to the Empire.

Since we don’t know what we don’t know, it’s hard to say exactly what Phase Two will be about, what important context it will add to the story we’ve gotten so far. But allowing for the above priors, I have a pretty good idea of what the era is currently missing: a satisfying, multidimensional antagonist.

The High Republic is crawling with villains, of course—maybe even too many. Remember the Drengir? They were fun for a while, but what actually drove them, what did they want? Just to eat, as far as any of them ever bothered to explain. They certainly had a lasting impact on the character arcs of Avar Kriss, Keeve Trennis, and Sskeer, but within the story their most significant role was as a distraction for the Nihil’s attack on the Republic Fair. A few comic issues later, they were seemingly handled for good, and the story moved on without them.

Have we really seen the last of the Drengir? I kind of hope not, but only if future stories are going to (pardon the term) flesh them out a bit more. If they were truly imprisoned on the Amaxine station by the Sith then it’s likely that happened long before even the time of Phase Two, but I suspect there’s some wiggle room on that (it’s not like the Sith are truly extinct in this era, after all). Are the Drengir naturally attuned to the dark side, or were they corrupted somehow? What do they eat on their home planet and how is it not long extinct? I don’t need to know this stuff to enjoy them as villains, but if they somehow return in Phase Three just to be a distraction again I think that will be a waste of what first seemed like a really cool concept.

If the Drengir don’t return in Phase Three it will likely be because their role will have been filled by the Nameless, a completely different inexorable horror from beyond. While the Nameless at present are even less developed than the Drengir (and much more likely to play a role in Phase Two), they seem to be the answer to the big question posed when The High Republic began: what scares the Jedi?

Tactically speaking, the Nameless are certainly a huge challenge for any Jedi who comes across them and is even remotely susceptible to the concept of fear, and their stalking of Starlight Beacon was well executed in The Fallen Star and Trail of Shadows. But as far as they’ve been presented thus far, they’re basically just a super-weird species of animal, and as a true enemy for the Jedi Order—not just a challenge but something that forces them to confront themselves, grow as individuals, evolve as an entity—animals are weak tea, no matter how truly scary they are. A retrograde villain from the earliest notions of what Star Wars could be.

And what’s more, Star Wars has done that before. The voxyn, bred to fight Jedi by the Yuuzhan Vong, played a prominent role in the New Jedi Order series twenty years ago, and while I’ll concede that the Nameless are a bit more interesting at first glance I’ve seen very little to suggest that their role won’t unfold much the same way as the voxyn’s did—terrifying at first, then avoidable, then beatable, and finally almost mundane. And as this process unfolds and the Jedi learn and adapt to fighting them, what we’d end up with is a bunch of animals getting butchered to mix things up between Nihil attacks. A High Republic version of Jedi: Fallen Order.

As I said, though, there’s much we still have to learn about what the Nameless are and where they came from, so I’m willing to reserve judgement on that—Fallen Order aside, recent Star Wars has been fairly strong in its subversion of Star Wars’ monster problem. Cavan Scott actually just handled this very well in the High Republic story The Monster of Temple Peak,[2]I could write another piece entirely on Ty Yorrick, ostensible monster hunter, being one of the few “Jedi” characters to get this right so far. That she would feel out of place in this … Continue reading so I’m confident that the creatures’ potential lack of malice is at least part of the conversation and hopeful that a different path will become clear once we (and the Jedi) know more about what they’re up against.

On the other hand, the genuine malice behind the Nameless is one Marchion Ro, the saga’s Palpatine figure. In the two-part Eye of the Storm comic, which presents itself as the climax of Phase One, we learn that his people evolved on a harsh world of perpetual storms (go figure), which fostered a culture of looking out for yourself above all others and trusting no one—not even your family, not even your own children. It’s an interesting snapshot of a society freed of any tempering influence whatsoever, and a solid foundation for what eventually becomes the Nihil organization.

But what does Marchion really want? It’s one thing to operate on those mercenary principles oneself, quite another to lead an army into intergalactic war over them. In what’s treated as a grand reveal, the big secret of the character coming to light at last, Eye of the Storm tells us that…basically, he’s just a dick. He’s exactly what he appears to be: a narcissistic brat who doesn’t like being told what to do, and sees the Republic and the Jedi’s mere existence as the assertion of unearned authority over his own freedom—not the Outer Rim’s, not the Nihil’s, just his, personally.

You could argue that lots of major villains, including Palpatine himself, are really just that same solipsism wrapped in elaborate packaging, but the packaging is important if we’re to accept the character as a worthy challenge—not just tactically but thematically—to the Republic and the Jedi at their putative height.

And the thing is, there’s a fair argument that could be made here about the Republic’s expansionism, and the Jedi’s role as self-appointed arbiters of justice on planets that didn’t ask for them, but by avoiding the spotlight for the entirely of Phase One, Marchion Ro hasn’t been bothering to make it. No one is making it, yet for every Tempest that gets wiped out there’s seemingly always thousands more of these people waiting in the wings, leaving us—with very rare exceptions like Chancey Yarrow—to fill in their motivations for ourselves.

We can and will debate the true merits of this Republic, especially compared to the tactics of the Nihil, but what makes a good villain is the fundamental question they pose to the heroes—and the question the Nihil pose is, what gives the Republic and the Jedi the right to govern the Outer Rim? Can they, should they, be able to tell Marchion Ro what to do?

When he’s ultimately defeated, the answer implicit in that defeat will be yes. But I don’t think that answer has been earned just yet, or if it has, it’s only because the alternative is chaos and death under the Nihil. That’s all the Republic is offering the Outer Rim so far: the right not to be slaughtered by edgelords. There are valid reasons to be wary of this Republic, and these Jedi, but when the poster child for that side of the argument is a selfish little prick who can’t even pretend to speak for the people of the Rim, it brushes a compelling, substantive conversation aside in favor a much simpler one: do you want to be murdered or not?

We don’t know what we don’t know. I’m honestly not sure what Phase Two can add to this equation when it takes place before Marchion Ro is born; likely before the Nihil existed at all. What we do know is that the Republic will win, and continue its expansion for another two hundred years. I’d like to feel good about it when Ty Yorrick and Vernestra Rwoh and Keeve Trennis and Ram Jomaram defeat the Nihil and bring peace and justice to the Outer Rim—at least for their own lifetimes. We’re supposed to be rooting for that, aren’t we? Because I’m not there yet.

5 thoughts to “Eye of the Storm: The Hole at the Center of The High Republic”