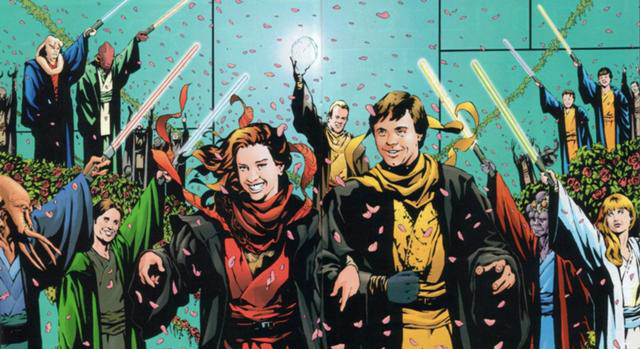 This characterization is good. Star Wars has always done well with strong female characters, was in fact one of the first franchises to do so. Lucas took a lot of criticism in 1977 for giving Leia strength, sarcastic wit, a feisty attitude; for making her into a person who would rip the blaster out of her incompetent rescuers’ hands because “someone has to save our skins” instead of just saying “Thank you, you wonderful men, for risking yourselves to rescue me off this battle station.” END_OF_DOCUMENT_TOKEN_TO_BE_REPLACED