My memory doesn’t work like most people’s. I’m bad with hard details—from minor trivia-question stuff like what year the TIE interceptor debuted in-universe all the way to the major plot mechanics of books I read even a handful of years ago. I can tell you that Kenobi is my favorite Star Wars novel, but when writing my recent EU Explains piece I still had to read the plot summary on Wookieepedia to remember what the hell actually happened in it. What does stick in my mind is the big picture, the tone, the flavor of a character, a book, an era. That’s why I’ve always been into the sweeping, historical aspect of Star Wars canon(s); I have a good eye for context, and I enjoy picking out new insights from the tapestry of stories the franchise puts out and how they interact—intentionally or otherwise—even as their particulars are quick to flee my mind.

What’s been especially interesting over the past five years has been the things I notice about the new canon that feel distinctly different from Legends continuity. Foremost among these is the sense that the Galaxy Far, Far Away is bigger now; more anarchic, harder to get around.1 While the EU tended to portray galactic society as not too different from contemporary Earth—where the relationship between Corellia and Rodia, say, was roughly along the lines of that between Vermont and Colorado, or Greece and Luxembourg—in the new canon there barely is a galactic society. Luke Skywalker is a myth, the Empire was good for employment, and it’s entirely possible to go through life without running into anyone who’d testify otherwise.

While novelist Alexander Freed has played with this provincial take on the galaxy more than most, one particular detail in his recent novel Alphabet Squadron really stood out to me. The central protagonist Yrica Quell isn’t the only Imperial defector in the cast, but as a participant in Operation Cinder, she is by far the most loyal Imperial in the book not currently serving with the Empire. Yet despite her cooperation with the worst the Empire could dish out, we also learn that during Yrica’s youth, her sympathies were with…the Rebel Alliance. Lacking any other way to receive flight training, she enlisted in the Empire with the express intention of learning just enough to ditch them and fight for the other side. Sound familiar?

As much as Yrica’s backstory reads like Luke Skywalker’s worst-case scenario, the commonalities of their two stories—combined with the rest of Alphabet‘s cast of rebels—catalyzed something in me: maybe the galaxy is just plain too big, too ornery, to individualistic, to comprehensively govern. Maybe its natural state is not representative government so much as rebellion itself.

END_OF_DOCUMENT_TOKEN_TO_BE_REPLACED 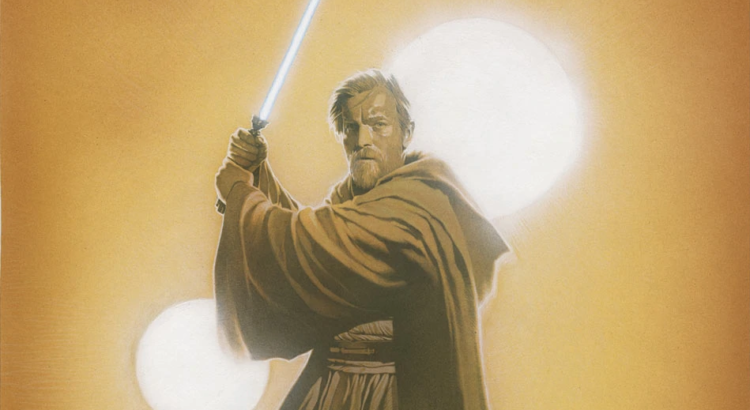 “Years ago, we removed one child from Tatooine, thinking him to be the galaxy’s greatest hope. Now I have returned one—with the same goal in mind. I hope it goes better this time.”1

END_OF_DOCUMENT_TOKEN_TO_BE_REPLACED

As I mentioned last week, this year’s event was not just my first Star Wars Celebration but my first major convention of any kind—after living in Pittsburgh for nineteen years I’ve only even been to our own Steel City Con once, and suffice it to say I wasn’t missing much. There was never much to draw me there content-wise, and the rest was just aisle after aisle of the type of knickknacks I could always find at my local comic shop if I cared to. I left behind most of my interest in merchandise years ago and I never had much interest in meeting celebrities, so what was left to get me there? Well, Pittsburgh-wise, very little. But thanks to this site, and the hundreds of people I’ve gotten to know online because of it, Celebration is able to offer not just an incomparable slate of programming but the opportunity to spend time with literally dozens of people I’ve come to think of as friends but never actually met.

Mind you, four days in California or Florida is generally out of my price range. I always told myself, though, that if they ever came to the northeastern United States I would make it happen. So when they announced Chicago as the next Celebration locale roughly a year ago, it was time to put up or shut up.

What follows is the full, unvarnished1 story of my experience—both the headaches and the thrills. While I definitely had my share of the former, allow me to be very clear: I had a fantastic time, met lots of cool people, and have essentially no regrets. There were some huge unknowns that made my pre-show experience pretty stressful, but for the most part they were particular to me and my own choices and while I want to relate them authentically, they should not be taken as a warning. If you haven’t attended a Celebration before, I hope you find the below enlightening—but know that nothing can compare to doing it for yourself, an experience I strongly recommend. END_OF_DOCUMENT_TOKEN_TO_BE_REPLACED

Human diversity in the Galaxy Far, Far Away has been a major focus of this site, and myself personally, over the years, but there’s been a parallel conversation running alongside that all along in the representation of droids and aliens: how many, which kinds, what are they doing? While real people seeing themselves directly and fulsomely represented in these stories—in the films especially—is certainly a higher priority, Star Wars is arguably not very well equipped to address things like racism and sexism in a direct fashion, and instead normally chooses to do so through subtext and metaphor.

The Mos Eisley cantina is notable for being not just the first major showcase of the galaxy’s alien demographics, but for the first instance of “metaphorical prejudice” in the form of Wuher banning the droids from his establishment. That moment coupled with an Imperial officer describing Chewbacca as a “thing” not long after makes George Lucas’s view of prejudice quite clear—even if the overall whiteness and maleness of the film’s protagonists does him no favors.

Droids and aliens, then, have never been there just for texture, but for metaphor as well—a way for the story to comment on real human biases without overtly importing them into its universe. While Solo‘s recent efforts to engage with droid prejudice were, well, inconsistent at best, the fact is that the films have never even attempted to put nonhuman prejudice on the front burner.

Lack of foregrounding, however, doesn’t equate to silence: if you choose to take the demographics seriously and not just as texture you’ll find that the films have been saying quite a bit. The goal of this piece, then, is to do just that—assume every human role and every nonhuman role is one hundred percent deliberate, and extrapolate accordingly. To be clear, this is very much a thought experiment, and not a suggestion of intentional messaging on the part of the creators.1 ILM and Lucasfilm’s creature shop (whew, just calling it that in this context is awkward) have done a lot of amazing work over the years, but how that work is distributed throughout the story tells a story of its own. What messages do we come away with when we treat that subtext as text? END_OF_DOCUMENT_TOKEN_TO_BE_REPLACED

As you may know, a little personal project of mine is to tabulate and track the demographics of named Star Wars characters from year to year, so that we fans can discuss with some accuracy how diverse they are (or aren’t). If this is the first you’re hearing of it, click the series tag at the end of the piece or see last year’s entry for a more thorough explanation. It’s been an interesting year for this subject—two new films have been released since my last update, and only three original adult novels.1 This is a self-explanatory phenomenon, of course, because two films means two novelizations, which means two fewer original stories. Add in the final season of Star Wars Rebels and for the first time, the amount of visual Star Wars media in a given year equaled the amount of published media—at least by the methods I’ve chosen for this project.

While that’s very much out of the ordinary for the franchise—last year’s update included one film, one season of Rebels, and eight novels2—it helped bring into focus something I’ve only vaguely acknowledged over these last few years: when characterizing the overall diversity of the franchise no amount of novels can really compare to the representational value of a movie star. So even though there are far more novels overall than films or television series, the latter category deserves at least equal weight to the former, debatably even moreso—and with multiple live-action television series on the way it’s only getting more important.

Another development of the past year was the dawn of the #SWRepMatters social media campaign. Short for “Star Wars Representation Matters”, the hashtag was started by a group of fans on Twitter that includes several former Eleven-ThirtyEight guest contributors to highlight different communities of underrepresented people and why they belong both in the Star Wars universe and behind the camera (or pen). It’s been a great campaign to watch (with no signs of letting up!) in part because of the diversity of participants—one reason I choose to talk about this in such a dry, academic way is because I’m not from an underrepresented community; I can’t speak about it as insightfully and passionately as fans who really do long for that representation, and I wouldn’t presume to be an arbiter of which characters are or are not “good representation”—numbers, though, I can do. END_OF_DOCUMENT_TOKEN_TO_BE_REPLACED