Enjoyable as the pre-reboot Expanded Universe was, it’s clear to see that in its final days it had become a “Jedi only” club. A place where ordinary characters were pushed to the periphery in favour of Force-sensitive antagonists. Indeed in some cases those without Force powers were seen as utterly incapable of facing let alone defeating the threats being faced by their midi-chlorian-endowed comrades. Now can be the time to change all that and show that ordinary characters can be not only as compelling but as capable in a fight as any Jedi. To see an example of this done well we need only look back to an earlier time in the EU, and to the character of Jagged Fel.

Fel can be seen as a template for a new wave of non-Force-powered characters who can be interesting in both a narrative- and action-oriented sense. Fel is portrayed as an ace starfighter pilot who is every bit the equal of one of the Jedi order’s finest pilots, Jaina Solo. He is also shown to be a formidable hand to hand combatant, for example in Legacy of the Force: Fury by Aaron Allston. In it Fel faces the Dark Jedi Alema Rar, who at first glance should defeat him with ease. Yet we see this “ordinary” character, through a combination of courage, skill and advanced planning come out victorious. This clash of technology versus the Force provides one of the crowning action set pieces in the entire LotF series as both combatants face off in a low-gravity environment. 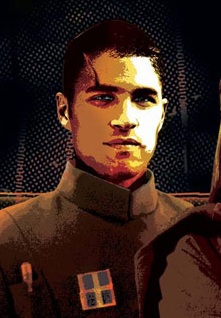 This parity in combat doesn’t just have to be between protagonists and antagonists; imagine the world of action and storytelling possibilities available to creators. Instead of another clash of lightsabers it’s an opportunity to show the conflict between Jedi and a galaxy that has had thousands of years to counteract their “genetic enhancement”. In short we need to see that sometimes “hokey religions and ancient weapons are no match for a good blaster at your side”.

Diversity of opinion is another reason to include more ordinary characters and have them at the forefront of future stories. In A New Hope when Han ridicules Luke for his belief in the Force we see for the first time an opinion that differs from Jedi doctrine. In that one short scene we glimpse the vast scope of opinion in the Galaxy Far, Far Away. Jedi can no longer be written as infallible in every situation; to continue that practice leads to at best repetitive stories and at worst boring ones. To avoid this it is important to include characters whose values and opinions differ or even run counter to the “old guard” of the Skywalker/Solo clans even though they may be on the same side. Differing opinions mean dramatic tension and dramatic tension creates more opportunities for writers to craft new and exciting stories.

Placing ordinary characters in extraordinary situations is another principle of exciting storytelling. The GFFA is large enough place for ordinary characters to be involved in adventures every bit as fantastical as those involving Jedi or Sith. An example of this can be found in John Jackson Miller’s Lost Tribe of the Sith.

Miller’s character Adari Vaal is an ordinary woman on the planet Kesh, persecuted by her village for teaching the youth that the landscape was formed by volcanic eruptions and not by gods known as the Skyborn. Deciding to flee such persecution she accidentally comes across the remains of the crew of a crashed Sith ship. Learning of the Skyborn mythology from Vaal the Sith pose as the deities in order to secure the loyalty of the Keshiri people. They succeed and Vaal is plucked from anonymity to become liaison between her people and their new gods.

However after the death of her son in service to the Sith, and the Sith leader’s inability to save him, Vaal becomes bitterly opposed to the Sith presence on her planet. This woman from the most humble of backgrounds goes from geology enthusiast to interspecies ambassador to resistance leader and eventually something of a prophet for 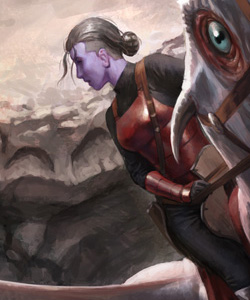 warning her planet’s other continent of the Sith threat. Through Miller’s skilled writing we see an ordinary character end up in a struggle against impossible odds for the sake of what’s right. It is a core principle of the Star Wars franchise and Miller shows us that it can be expressed just as well through ordinary beings as it can by pan-galactic heroes.

The common man and woman as discussed previously are important to not only Star Wars’ future but are also an essential thread to the tapestry of its past. Indeed it is the most ordinary of characters who are responsible for helping forge one of not only the franchises but also western culture’s greatest heroes, Luke Skywalker.

Owen and Beru Lars are the forgotten heroes of Star Wars. Theirs is not a glamorous heroism, but it is instrumental in forging one of the galaxy’s greatest Jedi. When they are given the infant Luke at the end of Revenge of the Sith he is the son of a man they have known less than two days and have no blood ties with. Yet for the next twenty years they raise him as their own son. That decision is all the more commendable considering they are an impoverished young couple, struggling to make a living on such a desolate world as Tatooine.

Though it is clear Luke has an innate capacity for heroism when we first meet him in A New Hope, it is also evident that he has a strong sense of morality given to him by his aunt and uncle. And while the Jedi teachings he receives from Obi-Wan and Yoda over the course of the original trilogy are vital, one must wonder if he would have taken to the life of a Jedi so well after only weeks of training, were it not for the years of good upbringing he received from the Larses.

This shows that even the most ordinary characters can greatly influence the most larger-than-life heroes. And that not all characters have to be action heroes to change the galaxy.

While the conflict between Jedi and Sith is obviously important, when looked at objectively it is merely a blip in galactic history. At its core Star Wars is a story of ordinary people fighting for extraordinary ideals regardless of what side they are on. The death of the Emperor and Darth Vader was not the end of the Empire. Nor would the destruction of the base on Yavin necessarily have ended the Rebellion. These climatic battles were merely the crescendo of a war fought by ordinary beings not for metaphysical ideologies but for a better life for them and those they cared for, surely as mundane yet profound a reason as any.

In conclusion, the clash of lightsabers and crackle of Force powers are the reason many of us first fell in love with Star Wars. Yet for many people the reason that love affair continues is the ordinary characters. Han, Lando, Chewbacca, Winter Celchu, Nick Rostu, Wedge Antilles, Piggy, the list goes on. And if the architects of Star Wars’ future can remember the importance of ordinary characters to the franchise’s enduring popularity then that list of beloved characters will continue to grow for years to come.

One thought to “The Case for The Common Man”