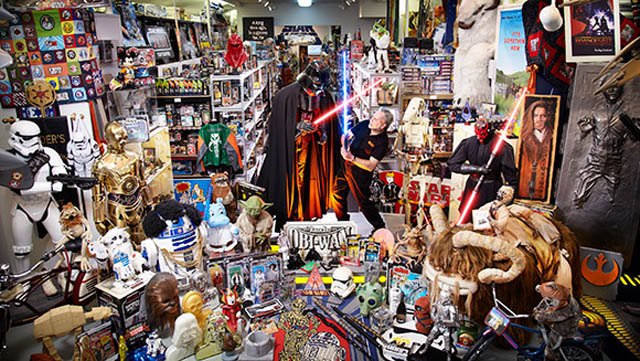 If there’s one thing Expanded Universe devotees can understand, it’s completionism. Even now, in the wake of the reboot, I’ve seen and heard from several people who are doggedly trying to scoop up the last of the Legends material they don’t own yet—or even, in at least one case, actually starting up their own Legends collections. In a way, the end of that continuity was the biggest gift Lucasfilm could’ve given the completionists, because you can’t complete something that’s forever ongoing. Now, though, they have a target.

But I’m not here to talk about those people. Another group of fans (but let’s be honest, I’m sure there’s plenty of spillover) is seizing on the reboot as a second chance to own Every Star Wars Book, without chaining themselves to forty years of old newspaper strips, Spanish-language cartoon spinoffs, adventure journals, and whatever the hell this is. The same way I’m using it as an opportunity to start a new diversity database from scratch, these people—many of whom likely dabbled in the EU but realized it was ultimately beyond their depth—are finally able to indulge their own completionist sides, and brag to their friends that they’ve read the entire Star Wars library—no, not that one, the current one.

So where to begin? Based on the comments on Del Rey’s Star Wars Facebook page (no, not those comments), the first question a lot of people have is, how do you know what’s canon? Oh, a new excerpt from James Luceno’s upcoming novel Tarkin—that looks interesting, but is it canon? A short story in an upcoming Star Wars Insider about B-wings? Seems kind of random; is it canon?

I’ll make it as simple as I can: today is October 8, 2014. Is the item in question out yet? No? Then it’s canon. Everything from last month’s A New Dawn forward is part of the officially-official, Story Group-approved  Supreme and All-Powerful Canon—and ostensibly, just as important and reliable as the films themselves.

Before A New Dawn, things are slightly more complicated, but only slightly. The only non-film Star Wars material that existed before this year and remains canon is the CGI Clone Wars TV series (as opposed to that other Clone Wars TV series). That being the case, the four-issue comic series Darth Maul: Son of Dathomir, which was based on an unproduced arc of the show and released in comic form this past summer, is also canon. Now that Dark Horse Comics’ time with the SW license is effectively over, Son of 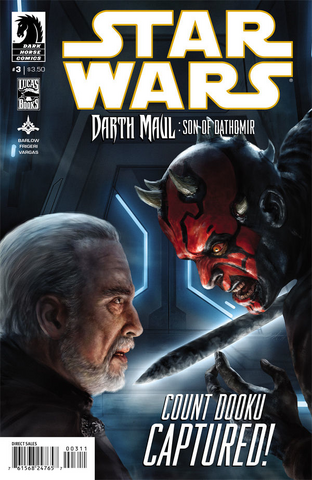 Dathomir has the distinction of being the only thing the company published that remains canon.

They did have other material coming out at the same time, though—namely, the Legacy ongoing series and Brian Wood’s creatively-titled Star Wars ongoing, plus the four-issue arc Rebel Heist by Matt Kindt. All three stories were in the works to one degree or another before the reboot was announced, and so while they were published at least partly after the announcement, they aren’t part of the canon.

So while Dark Horse was finishing up the last of the Legends material (the final Legends novel, Empire and Rebellion: Honor Among Thieves, came out way back in March) Star Wars Insider magazine had the distinction of publishing the first completely new canon material (not counting the recycled Son of Dathomir) in the form of Blade Squadron, the aforementioned B-wing story in issues 149 and 150. That was followed by One Thousand Levels Down in #151, and while more short stories are certain to follow, the next couple issues feature excerpts from A New Dawn and Tarkin rather than original material.

Last but not least, there’s the kid stuff. A simple search for “Star Wars Rebels” in Amazon.com’s books department will reveal a litany of tie-ins to the newly-premiered TV series, dating back to last July. While I’ll spare you the full list here, suffice it to say that anything Rebels-related automatically enjoys Rebels‘ canonicity, no matter how trivial it may seem. Much of this stuff is also written by longtime SW writers (and EU veterans) like Jason Fry, Ryder Windham, and Michael Kogge, so if you’re a fan of their older work it might be worth checking out. Even Adam Bray’s Star Wars Rebels: The Visual Guide has lots of new information in it, including several EU easter eggs, so if you’ve made the decision to exclude reference material, know that you could be missing out on some interesting stuff. For my money, I draw the line at anything with colorful “Enter the World of Reading!”-type graphics on the cover, but hey, to each his own.

That brings us up to date—and it’s only been a couple months! Going forward, as I said earlier, the official line is that all new releases from now on will be canon. In addition to a good ol’ Amazon search, Wookieepedia’s articles List of future books and List of future comics are pretty reliable (especially lately, since there’s not as much coming out). I’d also recommend keeping an eye on their Future books and Future comics categories, as those may include items that haven’t been manually added to the articles yet (and remember that while there are still a few trade paperbacks forthcoming from Dark Horse, only Son of Dathomir is canon). In any event, comics will be easy—if it says “Marvel” on the front, and there’s no Legends banner, you’re good to go. 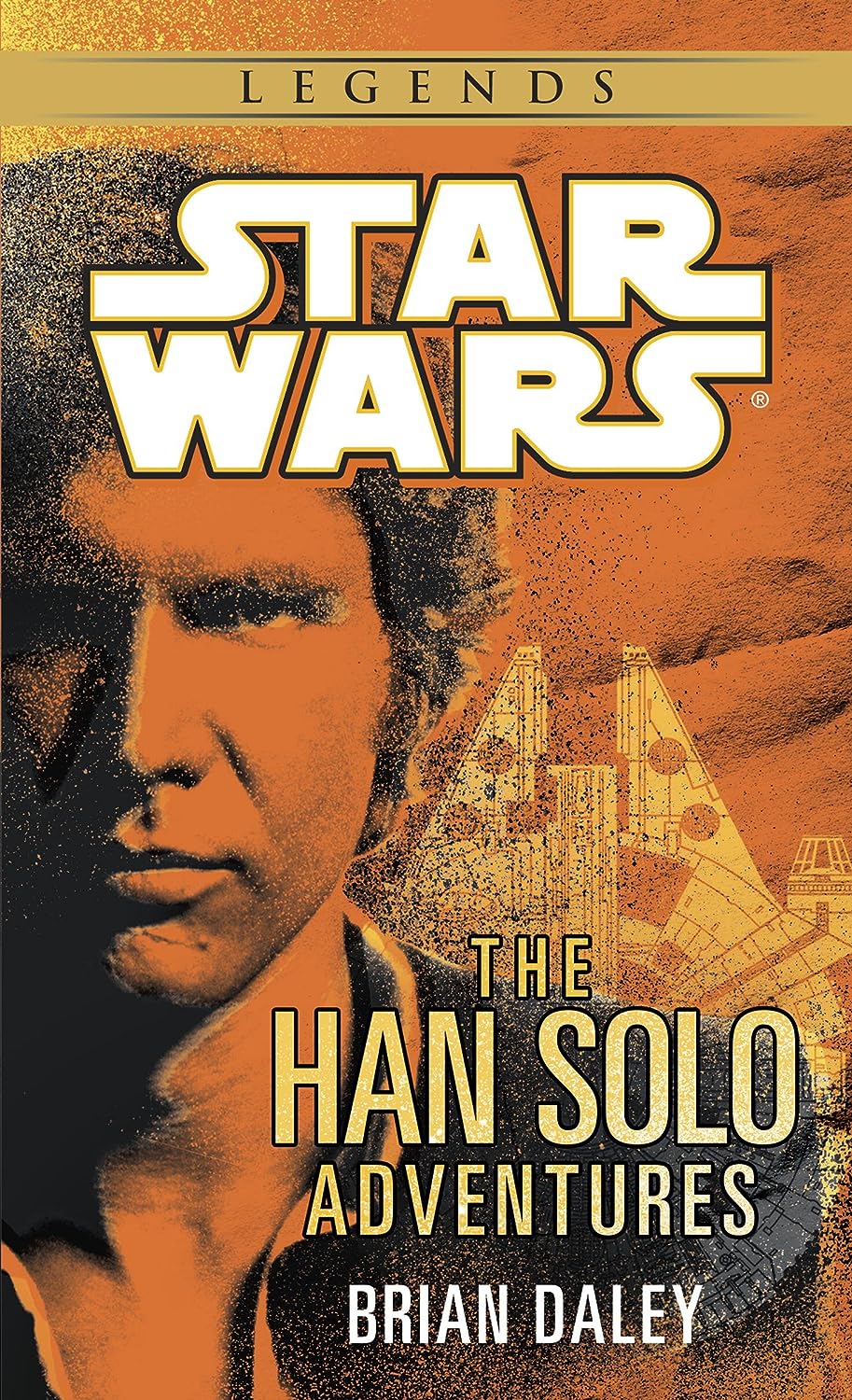 Another note about future releases—while Dark Horse won’t be selling anything with “Star Wars” on it after the end of 2014, LFL reserves the right to reprint any Legends novels or comics basically whenever they feel like it. And sure enough, several Legends-branded Del Rey novels are already on the shelves, and at least two comic omnibi are on their way next year. While it’s impossible to say definitively what will or won’t receive “Legends” printings from here on out, you can rest assured that anything receiving a new printing will indeed have that spiffy gold banner on the front.

But what if you see something in a book store (those are still a thing, right?) that looks old but doesn’t have a banner? Older printings are bound to float around for a long time to come, so if you’re unsure whether a book you’re holding is canon, step one is to check the copyright info in the first few pages and see if it was printed in 2013 or earlier. Step two is to check the book’s release date on Wookieepedia—remember, if it came out after September 2014, it counts.

That pretty much brings us up to speed, but allow me to offer a few extra notes:

In closing, a bit of advice: read what makes you happy. The Star Wars merchandising machine was unparalleled even before Disney got involved, and Rebels alone already has more tie-in material than I could easily list here—and it’s just getting started. Episode VII tie-ins? Forget about it. Let this article serve as a guide to which areas most strike your fancy, but in my humble opinion, filling your shelves with chapter books for 6-year-olds just so you can say you have them is a fool’s errand. If we can learn one thing from the ongoing fervor of the #GiveUsMoreLegends campaign, it’s that we should never lose sight of what’s most important, and what drew us to Star Wars in the first place—good stories.

Update: 10/8 10:44am – it’s been pointed out to me that the Imperial Handbook is indeed set in the Legends universe, and I’ve updated the article proper to reflect that.