Announced at the recent New York Comic Con, Secret Wars will be Marvel’s big 2015-16 event. Marvel have followed that up in over the last fortnight with a barrage of teasers for even more events for summer 2015. What does it all mean? For right now, two things are obvious: If you are on the inside of Marvel’s continuity and have been following it for a while, this will look like the most ambitious undertaking ever. If you are on the outside, having kicked the habit and stayed off the books in the main, it will look entirely incomprehensible!

So, what’s the problem with it? The problem with Secret Wars 2015 is it will be a line-wide event, now with an array of satellites, which appear to be specific to each group of titles, but also eras too. The problem is nothing gets to avoid it! The Ultimate books? It is going to cover those too! If you buy into the idea for the event, it sounds great, it sounds like something you want to read. If you do not buy into it? Too bad, you’re going to have to if you keep reading the books up to a certain point in 2015. That’s the problem. This is practically polarizing consumer interest into two directions – towards or away from Marvel’s entire line for a year or longer. (Plus, once you are out of touch with Marvel superheroes for that kind of duration, you may not hop back on-board.)

If you cast an eye across the old Expanded Universe, to a degree, a pattern emerges on enduring controversies. Dark Empire, Hand of Thrawn, The New Jedi Order and what has become known as the Denningverse all have it in common. Each had a major and substantive impact on continuity, to such a degree that people conclude they have to read them! Then add a dislike of a specific medium, despite Star Wars selling itself as a multimedia story, namely comics and you have the DE controversy in a nutshell. Hand of Thrawn concluded Bantam’s run on SW but not without taking an array of potshots at other material and hooking up Luke Skywalker with Mara Jade. The New Jedi Order had a massive alien invasion that saw Coruscant occupied for a couple of years by biotech-wielding aliens. The Denningverse? Killed off lots of characters, made many very dubious story moves and, for many, ran the old Expanded Universe into the ground! 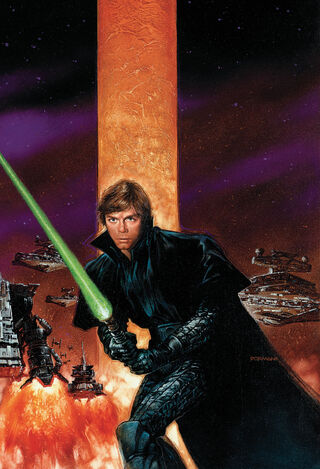 Regardless of what your opinion of them is, all have the status of a continuity roadblock. You didn’t read Dark Empire? Then you’ll be confused when it starts being talked of in stories set after it. What the case of DE shows, very strongly, is the importance of signposting the audience. Part of the irritation with DE is people had a sense they only needed to buy the books, they have to do comics too? There was unclear signposting in 1993-94 as to what people needed to seek out. At the same time, even with clear signposting, that sense of being pushed would likely remain.

The other point, in the handling of DE in the stories that followed it, is to ensure a consistency of presentation. DE has Luke Skywalker attempt an inside job on the dark side because the Emperor’s back from the dead, with a fleet of Death Star Hoovers, sorry, World Devastators. Oh and they are invincible! No exhaust port to chuck a bomb into and fully built too! Yes indeed, the only way is to infiltrate the dark side to defeat it. It almost works, then the Emperor ends up getting pissed like at Endor and Luke is in deep crap, until Leia gets him out of it. What then follows is one almighty arse-kicking of Darth Sidious, which looks a damn sight more impressive in a post-Revenge of the Sith world. The problem? Just read the stories set after it and the summary of DE renders it as this almost absolutely cataclysmic defeat, with Luke being an idiot to even try what he did. There is no consistency of presentation whatsoever, it is utterly exasperating, as it could have been so easily avoided.

I do not think Disney will have the sort of confidence – or arrogance depending on your view – for SW that is being exhibited by Marvel. I think they will continue to be quite cautious and seek to invite consumers to follow various new products without requiring them to. Certainly the report on the NYCC SW panel backs this up. There is now an animated TV series, books and comics, with a fairly clear structure and delegation of plot, so they do not all run into each other. More importantly they have recognized that trying to push people into buying stories they are not already enthusiastic about is a losing proposition.

That’s not to say Marvel’s mega-event will be a failure. I am quite certain it will sell enough to meet the profit expectation, but I am not at all clear on who will be buying it. There’s a great deal of repetition of themes that Marvel have gone over quite a bit that long-time fans will recognize, but that maybe the idea – just enough familiar content with a new coat of paint. For all I am bored of Marvel’s hero versus hero 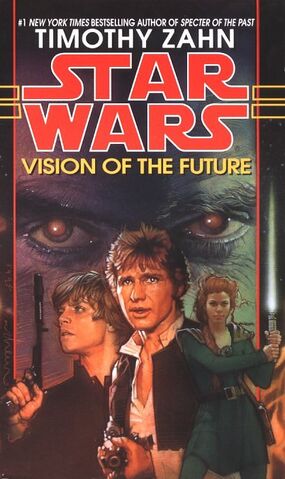 content, many still like it greatly, but that is going to be tested in 2015. No way will the event be cheap, it’s at least 12 issues at $4-5, plus event tie-ins, possibly with double shipping involved. In contrast Disney have set out 5 hardbacks across the course of 2014-15, 1-2 seasons of Rebels and 3-4 comics per month. There seems to be a recognition there of consumer disposable income being limited and spread across multiple purchases.

Ah, but if they are doing fine, what is there to be wary of? Assuming too much of the fanbase, that they will buy everything produced uncritically no matter the cost. Although one of the big changes in this respect is the expansion and ease of access to digital content. Amazon recently dropped the Kindle price for A New Dawn down to $4! That changes how much a company can think they can get away with. Nonetheless, despite that, the key points remain:

1. Avoid doing a story that people feel forced to read and certainly do not do so for an extended period of time on a large-scale. (The Denningverse was notorious for being predominantly issued in hardback first, which was costly. Similarly the New Jedi Order was a 19-book series.)

2. If you are going to do a sequential story, then be upfront about how it will operate and build in clear signposts for consumers. Do not assume people will have read the latest interview detailing the project, not everyone has time to go online.