What do we know about Episode VII? Well, it’s called The Force Awakens. It’s set about thirty years after Return of the Jedi. The Big Three are back, and a cast of young actors- some unknowns, some already big names- have been cast also. This cast is more diverse than the usual. We’ve seen a few designs for an X-wing, set photos that contain the Millennium Falcon, and a few notes from JJ Abrams. Otherwise? It’s something of a blank slate. Rumors abound, and one can hardly sneeze without finding another few. How many of these rumors are true? So far, we have absolutely no idea. We have no plot details (other than a rumor or two or three), no idea what our characters from the OT have been up to, no idea how much of the EU is going to get used.

And now we have a teaser. We’re back to a galaxy far, far away.

So, what has the Force been doing these last thirty years? Well, we are in a galaxy with something of a power vacuum. At the end of Return of the Jedi, the galaxy is in a rather precarious position. The Empire has fallen, yes. However, killing the Emperor isn’t going to actually destroy his government.  The Rebel Alliance has been a ragtag poorly-funded group of bandits who are working against the legitimate 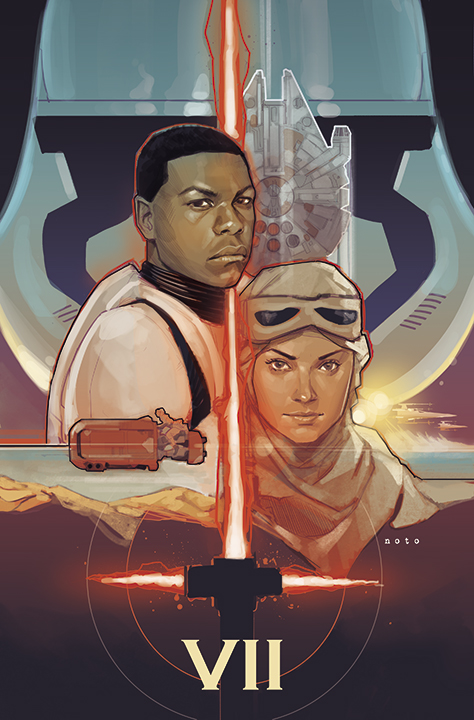 government of the galaxy, and they- and everyone else who’s not the Emperor and wants to be in charge- has been handed a galaxy on a silver platter. The Alliance aren’t going to be the only ones trying to take over. The high-level Imperials have probably discussed among themselves what will happen should the Emperor no longer be able to rule or if he should happen to die. Perhaps whoever the Empire wants in charge next is still alive. Perhaps the Rebel Alliance hasn’t had an easy time reestablishing their authority. Remember that the Empire has been in charge for a full generation, and there are many galactic citizens who have no idea of anything that happened before the Empire or whether democracy is even workable. The Rebel Alliance has inherited an unstable and difficult galaxy, and they are not exactly the logical successors. They are simply the Emperor’s killers.

Speaking of lack of successors, the Force itself is in a very interesting position. In Heir to the Empire, Luke finally realizes that he is not the last of the old Jedi, but instead the first of the new. However, he has astoundingly little guidance. Tapes from the crashed Chu’unthor, a bit of instruction from Obi-Wan and Yoda, and whatever legends he’s been able to piece together. It’s not much, and it’s definitely not enough to use to reestablish the Jedi as guardians of peace and justice throughout the galaxy. On the dark side, both Sith master and apprentice have been killed, and they’ve left a trail of minor minions across the galaxy. Few of these minions know anywhere near enough to keep learning about the Sith, and none of them really can call themselves Sith in their own right. Or, at least, in Legends they’ve left a trail of minions across the galaxy. What if they haven’t? And what if Luke really is the last of the Jedi, and there is no Chu’unthor or other Force-sensitives out there to help him?

The galaxy is in a state of crisis. Both politically and in the Force, we are left with no heirs apparent following the Battle of Endor. What to do? 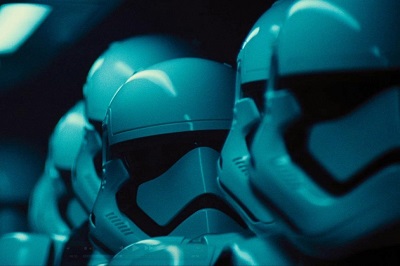 We’re missing thirty years. Who knows what’s happened? Maybe the Rebel Alliance is a functioning government. Maybe they’ve made peace with the Empire. Maybe Luke has a whole new Jedi Order up and running. Maybe not. Let’s face it, ‘maybe not’ makes for much better storytelling. And now we see a few very interesting things that could tell us all sorts of things about our galaxy.

Let’s start with the Empire. Stormtroopers, just like the ones we are used to seeing. They have a slightly different helmet design, but they’re still in formation as before and standing in such a distinctly Imperial craft. A stormtrooper- or someone like that- in a suit of armor. Didn’t we see something like that in the Legacy comics? If the new books are any indication, we’ll have little EU tidbits sprinkled in everywhere.

So, is the desert planet Tatooine? Based on Daisy Ridley’s costume, perhaps so. The technology we see also looks like something we’ve seen on Tatooine: things that look antiquated, out of place in a galaxy that can easily turn into shiny space-age chrome. But here, we see a few things that look more lived-in and worn-out. Not every corner of the galaxy is shiny and beautiful, and we get to see some of the backwaters. We’re seeing that again, and if we know anything about SW storytelling, this might just be Tatooine or another desert planet. The galaxy is a big place, and we see that there are many planets that don’t have all the latest and greatest. There are many areas that won’t look like Coruscant, and instead are almost forgotten in a place where there are so many brighter points of light in the galaxy.

There’s something big we didn’t see in this teaser: Jedi. There’s another big thing we didn’t see: Han, Luke, and Leia. Though we know they’ll be in the movie, we didn’t see anything at all of them. Perhaps this is a sign that TFA is going to be a bit of a 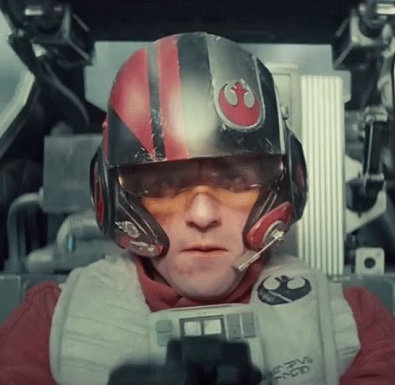 passing-of-the-torch movie, introducing our new cast and letting the OT cast take something of a backseat. Though they’ll still be important- their characters are iconic to Star Wars, after all- they are not the focus of this movie. Look at the first two humans we see: John Boyega and Daisy Ridley. Completely new to the universe, perhaps on opposite sides of it. The only humans we see whose faces aren’t covered by stormtrooper masks or hidden behind cowls are these two and the X-wing pilot, likely Oscar Isaac. We are meeting the new face of Star Wars.

This is clearly our same galaxy far, far away. But it is fundamentally different, and not just because we are getting movies now that we thought we might never have. it’s the same old lived-in war-torn galaxy, perhaps ruled by an Empire, perhaps by a Republic, perhaps by an uneasy mix of the two. The icons of the franchise are still visible, even if they’re in a new form. We can all mock the cross-hilt lightsaber, but look how recognizable it is! Everyone sees it- and the X-wings, and the Millennium Falcon, and the stormtroopers, and knows just what galaxy they’re in.

Star Wars has entered a new and unexplored era. We’re going home to the galaxy we’ve all been obsessed with for so many years, and we’re returning in a spectacular fashion. Now to spend the next year speculating.