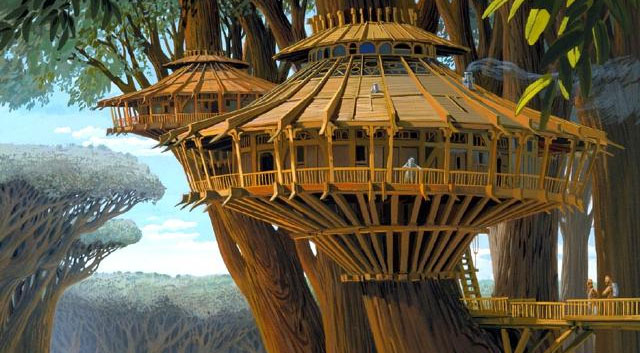 But this is a new era—and if ever there were a time to go there, to revisit the idea of a Holiday Special, now would be it. So let’s join Chewbacca’s family once again as they prepare for their Life Day festivities…

The sun is rising over Kashyyyk. Thirty years have passed since the death of the Emperor, and Chewbacca rises early, Mallatobuck at his side, to begin preparing for the day’s events. Lumpawaroo, now a young adult in Wookiee years, is on his way home from Kachirho University, and will be there in time for lunch. Han, of course, is staying in their guest house two branches down.

Chewie attempts to help Malla with the cooking but he’s all thumbs in the kitchen and she throws him out. He gently pats her on the shoulder (with a hand that may or may not be biological), and heads to the living room to watch the holofeed. Sitting back in the departed Attichitcuk’s favorite recliner, he takes a moment to remember his dad fondly, then begins flipping channels.

Rocky: We’ve got a lot of time between Return of the Jedi and The Force Awakens, and it might be nice to revisit the OT again before we move on to the sequel era. An hour-long TV special, in which we see all the usual suspects and remember where Star Wars has been before moving on into a new era. Okay, I’m making it sound a lot more serious than I’m thinking.

If you’ve ever read the brilliant (and slightly ridiculous) Tag and Bink Were Here, you’ve read possibly the funniest comic that exists in the Star Wars universe. Two hapless Rebels, in the wrong place at the wrong time, go on a journey that runs into all the major figures in the galaxy. They see every major event in the SW saga, liberally interspersed with favorite fan jokes and various silly things. In the end, they turn out to be useful and even heroic, despite their various antics.

So we’re doing a standalone Holiday Special for television. Because this is just a short episode, having it focus on two characters who aren’t going to be known to the audience is a very good idea. We’ll take two everyman characters- Rebels, lost stormtroopers, townspeople on Coruscant- normal people. And we’ll send them into an adventure. They’ll run into many of the main characters of the saga, and be in just the right place for a few major events. And of course, they’ll bungle things and have a few near-misses. Perhaps they’ll even end up dead (or thought so) more than once.

The key to making this work could be telling it through a familiar lens. Our Tag and Bink could be introduced with them wandering around in the background of a familiar scene from the movies, and then we zoom in and focus on them. It’s entertaining and capable of being a standalone, but is a coherent enough story that it’ll make sense to those not especially familiar to the SW universe. And really, it’ll be absolutely hilarious.

Lisa: The Two Bachelors of Christmas

So we began the story of how Tarkin and Vader are BFF’s in Tarkin and this holiday special continues that. Fresh off their victory over the beginning of the rebellion the two make their way back to Coruscant together to report to the Emperor. After reporting Tarkin has a few days before his ship leaves to the super secret site of the Death Star. He realizes it is close to Christmas and since he isn’t near his family he decides to see if another person he knows to not have any family wants to spend some time together. He comlinks Vader an awkward invitation to Christmas dinner and within a few minutes receives confirmation that Vader accepts.

We follow Tarkin around the stores of Coruscant trying to find a present for Vader, but really what in the galaxy does one buy for a Dark Lord of the Sith? Much hilarity ensues as Tarkin buys several things including a red scarf before he realizes that the perfect gift is a tiny Emperor statue (awesome nod to the X-wing series that is no longer canon). Vader in the meantime is more practical in his gift and he draws a certificate for Tarkin that says “One free save” in which Tarkin can call on Vader to bail him out of trouble. (This would launch a side story with weird psychedelic colors in which we see the time that Tarkin actually uses the certificate).

The rest of the show is taken up with watching Tarkin eat in front of Vader as more awkward conversation occurs and Tarkin realizes he has no idea how Vader eats since he always wears the helmet.

Back at Chewie’s house, Lumpy finally arrives. He and Chewie catch up briefly, then Malla calls in from the kitchen—they’re out of syren dressing, so Chewie has to head down to the surface to grab some more plants. He mutters something about picking up Han on the way down if he’s not too hung over, and heads off. Lumpy, tired from his trip, takes his father’s seat just in time for the next program.

Ben W: If I were to write a segment for a NEU Holiday Special, it would be a skit that riffs on sources old and new, and plays with canon layers in a way long-time fans will appreciate without alienating new ones. It would have a short live-action framing device, with an older, grizzled Wedge Antillies relating a story while at a briefing for younger fighter pilots. The story, portrayed in animated form, is something 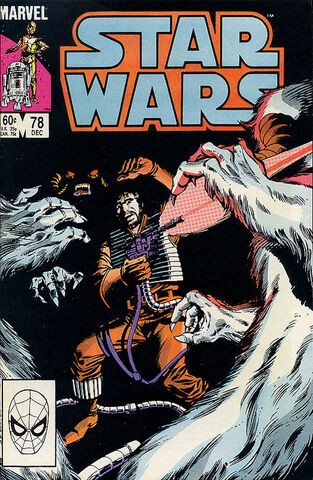 along the lines of the classic Marvel story Hoth Stuff!, with Wedge and his gunner Wes Janson stranded together on the planet after the events of The Empire Strikes Back, having to scrabble for food, ward off Wampas and swap stale jokes over a makeshift heat source to keep each other from giving up or going crazy. Eventually the two get into a scrape with a band of scavengers who’ve come to pick over the remnants of Echo Base. In the ensuing tussle, Janson is killed, and Wedge, after killing the last of the scavengers, steals their ship and manages to make it to low orbit, where an Imperial patrol forces him to make a blind hyperspace jump to escape. A hand goes up at the back of the briefing, and a very-much-alive Wes Janson asks, with a cheeky grin, whether Wedge made it out alive. Wedge smiles and asks the younger pilots if they have any questions.

Jay: Not that I think that Rebels should have a holiday episode, but if it were to follow in the tradition of many animated series (and British TV, albeit differently) it could have an episode that focused on the holiday season. It could be Life Day or anything else (the Thanksgiving/Christmas confusion is irrelevant here), but the gist of it would be that there is some sort of holiday going on at Lothal, either galactic or local. In either event, the Empire publically makes a show of magnanimity and declares that they will pardon all suspected dissidents and traitors as a holiday treat. There is a catch, however: the pardon will only occur if a particular Jedi conspirator — who never had their interests at heart — is captured.

In this way, Kallus or the Inquisitor have cleaved the interests of Lothal’s people from the interests of the Ghost crew. The protagonists have to decide whether or not one man’s life is worth that of all the arrested people on Lothal, especially those who were scheduled to be executed. They will also have to struggle with a populace that suddenly sees its own self-interest as different from that of the rebels.

Of course, Kanan gives himself up. A Jedi’s life is sacrifice etc — what would be really interesting is if someone like Hera tells him not to do it, not because she doesn’t care but because they need to think about the big picture. But I’m not sure about that: Hera is the pragmatic one but she can also be idealistic sometimes. In either case, the crew isn’t happy about it but they go along with it. A few of the people that have been rescued in the previous episode catch wind of this, as do the freed prisoners who realize they owe their freedom to Kanan’s sacrifice, and they all work together to help get him out of Imperial clutches. It’s a heart-warming holiday miracle. Huzzah.

Lumpy turns off the holo as Chewbacca re-enters the house. Malla asks where Han is, but Chewie seems distracted. “We have to put Life Day on hold, my love”, he says. “[INSERT PREMISE OF EPISODE VII HERE]. They need our help!” Chewie puts on his bandolier and grabs his bowcaster while Malla and Lumpy get their own weapons. Side by side, eager for battle, the family heads off. It’s the best Life Day ever. 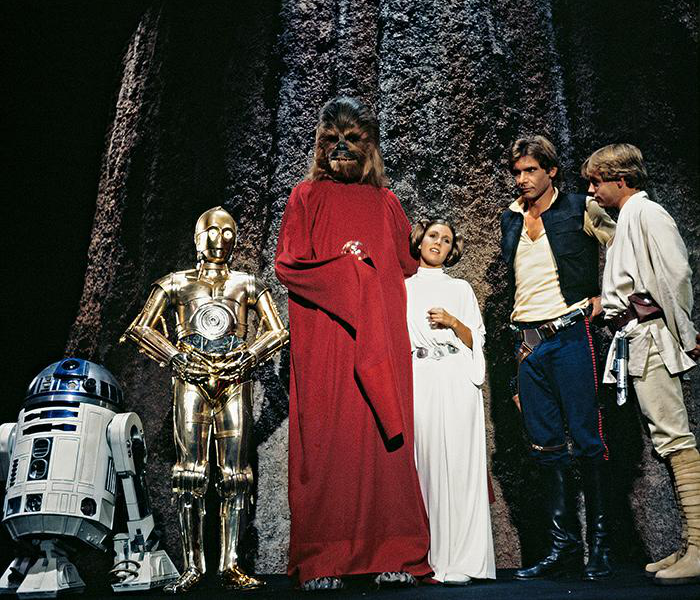