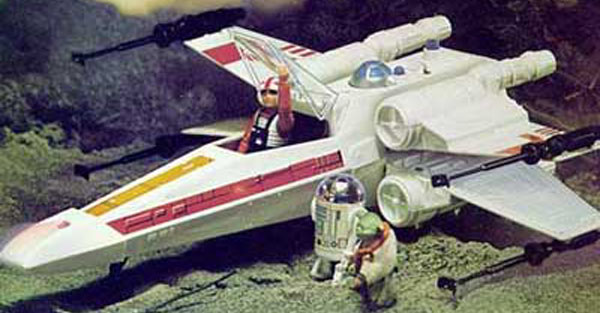 While we all spend our free hours (WARNING: doing this at work reduces productivity, or so my boss says) reading, discussing, and analyzing what we DO know, let us not forget the greatest joy of all- SPECULATION! And there is nothing more exciting to speculate about than the unbridled potential of a live action TV series. There are all kinds of directions a TV series could go. Bounty Hunters, new Jedi, entirely new characters- the possibilities are endless. And yet, if Rogue One‘s title is any indication, there is one group above all others that has a sufficiently built-in fan base to sustain a TV series: starfighter pilots.

One only need be casually familiar with the Old Expanded Universe to know that the brave pilots who take to battle from the cockpit of their X-wings or TIE Fighters have generated a huge fan base and huge sums of cash for Lucasfilm. Tons of comics, over a dozen books, several computer games, a handful of arcade games, and multiple extremely popular games for console systems. Fans have been reveling in the exploits of Rogue Squadron, the 181st Fighter Wing, and other squadrons for decades now. We have flown as Luke Skywalker, Wedge Antilles, Soontir Fel, Keyan Farlander, Ace Azzameen, and various other fighter jocks from Coruscant to Mon Cala. And that’s just counting the various computer and console games. Factor in tabletop games from the likes of Wizards of the Coast or Fantasy Flight Games, folks who build Revell plastic models, and generations of fans who have 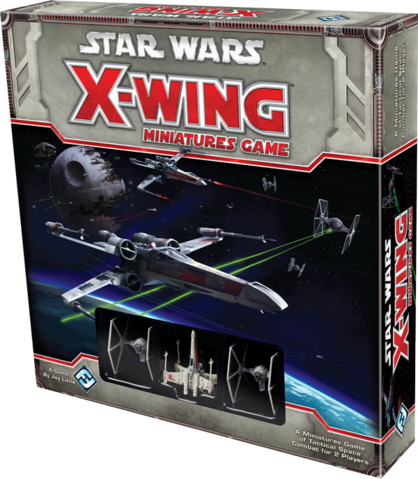 collected toys ranging from Kenner X-wings to Micro Machines, and you suddenly realize that the fanbase behind these pilots and their amazing machines is undoubtedly one of the largest.

So, let’s get back to how all of this points to the reason why we should have a TV series about starfighter pilots. For starters, TV has already proven that with compelling stories, good acting, top notch graphics, and high stakes, people love watching pilots. While it was a show with many fantastic facets, few would disagree that Ronald D. Moore’s reboot of Battlestar Galactica was often at its best when we fought and died with the brave Viper pilots who protected the Colonial Fleet. One can even look at series that lacked ultimate success but developed cult followings later, like Fox’s Space: Above & Beyond, at how stories about brave pilots who live, work, fight, and die together have deep resonance with viewers. These pilots were daring, brave, dedicated to each other & their respective causes, and more than often died in the pursuit of these goals.

You also need a cohesive, built-out plot that shows the progress of a war. The two best examples of this, in the humble opinion of this author, are Star Trek: Deep Space Nine and Babylon 5. Multi-season arcs, large, spectacular fleet battles, costly campaigns, and finally ultimate victory. These stories aren’t one-offs. They are well thought out arcs that showed the progress of large interstellar wars, so they provide the best blueprint for how to craft a Star Wars TV series based around fighter pilots.

While there are several eras or settings that would work great for a Star Wars TV series, the one with the most freedom and ability to craft stories with high stakes is the post-Return of the Jedi era. The setting, characters, fighters, and ships are all instantly familiar due to their place in the original trilogy, but you are also in an era where the exact future is largely unknown and therefore the stakes are instantly high. Regardless of the exact status quo in the galaxy by the time of The Force Awakens, there is little doubt that the immediate years after the Battle of Endor were filled with countless battles and campaigns between an emboldened Rebel Alliance striving to liberate the galaxy and a weakened but still potent Galactic Empire fighting to hold it. Let’s

not forget folks, the war didn’t end at Endor. Del Rey’s Aftermath and Marvel’s upcoming post-Endor comic series both point to this. The Rebels aren’t formally called the Alliance to Restore the Republic for nothing. Rebel leaders like Mon Mothma, Admiral Ackbar, and Princess Leia will now be faced with the arduous task of establishing a viable government, making new allies, and conducting a large scale military campaign to liberate worlds and control territory. It is this setting that is so vibrant for a TV series.

Let’s imagine one hypothetical series. For example, our heroes are a group of X-wing pilots (let’s be honest folks, X-wings would be front and center) assigned to a Rebel Star Cruiser. This cruiser, which for this author can only be a Mon Calamari cruiser, is part of a task force or fleet in the midst of a brutal campaign to liberate a key sector. The Alliance needs the sector to guarantee their control of a key hyperlane to the Core, while the Empire will do anything and everything to prevent this. Note I say sector. This first season isn’t a bunch of one-off episodes, but rather a well crafted arc of dog fights, invasions, fleet battles, and covert affairs all leading up to the end goal. We learn to love these pilots, cheer their successes, feel sorrow in their defeats, and cry when one pays the ultimate sacrifice. The supporting cast has endless potential too. We follow the Imperial Moff holding the sector, the captain of the Rebel cruiser, other pilots, flight crew, top admirals and political leaders, plus everything else in between. Episodes showing the ground campaign to capture a key world introduce generals, infantry, and spies. Episodes showing the overall planning for the campaign offer the chance for cameos from Rebel leaders like Mon Mothma, Admiral Ackbar, or other beloved supporting characters. Sprinkle in references to the Big Three and the rest of what is going on in the galaxy and you have the makings of a great series.

So, to recap my recipe for a series. Take BSG, add two parts Space: Above & Beyond, one part Star Trek: Deep Space Nine, one part Babylon 5, and a dash of Top Gun. Mix together in a Star Wars shaker and you have one hell of a tasty cocktail! Or TV series. Hmm, guess I shouldn’t be writing this at 5:00pm on a Friday before going our for drinks.

Until next time, Fleet Junkies, HO!