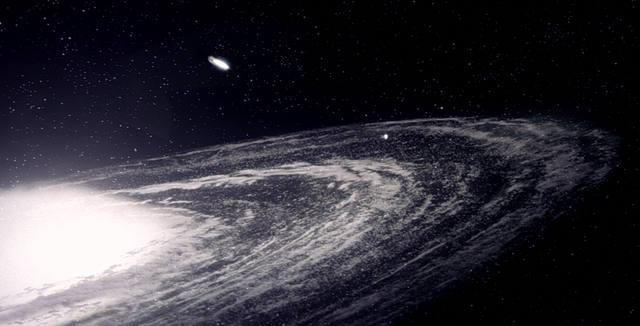 Star Wars is a vast universe. Look at the galactic map– all that area labeled as Wild Space and the Unknown Regions, all of the new planets… But I digress. The most significant part of that vast universe is just how many people it takes to bring it to life and keep it going. Over the years, Star Wars has steadily absorbed more people. Many thought they might leave after one major event a year ago, many more have been drawn in, and the process of creation has not slowed. It’s not just about authors and artists- all of us as fans have a role in the Star Wars universe, and we can’t just dismiss ourselves as strictly the consumers. Even if I’ll never grow up to be a Jedi, I still feel like I’m a part of Star Wars fandom in a way that’s more than just being a consumer.

One year ago, something happened that shook the foundations of Star Wars. I’m still not always sure how I feel about it, and there are plenty of fans who are having a hard time dealing with it. Suddenly there’s something of a vacuum in the GFFA, and filling it is going to take a good long while. And yet it seems to have been for the better to reshape the Expanded Universe into Legends. The funny thing is, even with the ground-shaking that was the Legends decanonization announcement, it was not without precedent. There are other things within the GFFA that are not canon, even if they are still compelling stories. Entire universes being rebooted is far from unknown, especially in the comics world, and it’s possible to have several versions of the same story. Instead of debating old and new and whether something should be canon, what if we were to embrace the multiverse concept? Or what if canon doesn’t have to matter because fandom exists?

Infinities had been presented as non-canon to start with. The very concept of a timeline or timelines within the greater Star Wars universe that weren’t reliant on the main timeline was a fascinating concept, and allowed for greater creativity than a normal timeline might. The only comparable thing in the Star Wars universe is the place of fan fiction; both have allowed for the normal timeline to be bent, to explore the what-ifs and maybes, and allow us as fans to open our minds.

Perhaps it’s not necessarily bad to have more than one timeline in the Star Wars universe. The galaxy is an enormous place with lots of room for stories, and the restructuring of the EU into Legends emphasizes that there are many stories to be told. The collaborative nature of the Star Wars universe is one of the things that draws in and keeps fans, 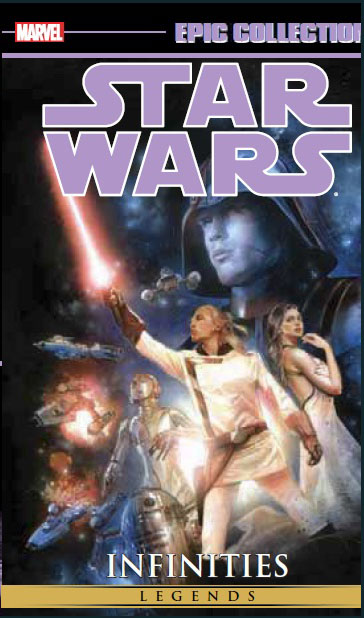 and brings some of us back even after we think we’ve left the fandom. The sense of collaboration in Star Wars is the lifeblood of the fandom. We as fans spend so much time thinking about and discussing continuity, pointing out the good and bad of a vast universe that has so many storylines. Whenever someone else asks us “how do I get into Star Wars,” I could give a different answer each time I’ve been asked. All of us could. And best of all, once fans start asking where to go after reading the official novels, many get introduced to the role of fandom. Haven’t we all had a long conversation with a friend new to the GFFA, watching and waiting as they read a book we know will change their perspective?

It’s been a year. I’m going to be honest: I’m still slightly bitter about the fact that I’m not going to get Sword of the Jedi. But there are things I’m grateful for. It takes some serious re-reading and thinking about plot and theme to wonder just how I stuck with the EU throughout some of the shenanigans that were Fate of the Jedi. A new, clean chronology with lots of room for new stories is perhaps what we need for Star Wars to keep going. And best of all, the fandom came back to life in ways I didn’t expect to see. Suddenly there were so many more people talking about Star Wars, looking at it seriously again, interested even if they’d been away for a while. It was something of a rebirth.

Rebooting the universe has done nothing to decrease fan involvement and investment, contrary to many of our fears. For those of us whose first love is Legends, there are many others out there who love the books and are still deeply involved in those stories. There are active costuming and fanfic communities for all eras. If you walk into a comic shop or bookstore and find the Star Wars material, you’ll probably find someone to talk to. There are plenty of kids (and adults) being drawn into the fandom with all of the new material, and they’re probably at some point going to find Legends. The sense that a reboot has created a broader universe is a welcome surprise- it’s keeping many of us involved more than we might have expected.

This proves that there is no reason to throw out everything that we’ve come to know and love. And new material is doing a great job of remaining true to the original spirit of Star Wars. Part of that spirit is that of adventure and discovery, the feeling that there’s an enormous universe with room for lots of new stories in it. There is every reason to embrace just how large this fandom is, just how many of us there are who are still involved and interested, and the number of new people being brought in. It’s a sense of collaboration and involvement that I haven’t felt since back when Legacy of the Force was just starting to hit bookstores. Maybe even earlier.

A collaborative universe isn’t just about the official side of things. Star Wars benefits from the wide range of authors and artists who work within the universe. Many of us have been eagerly following (and laughing at) Chuck Wendig’s tweets- he’s delighted to get to work in one of the most famous and fun universes out there. Many of the other authors talk about the fun and challenges of working in a collaborative universe, and the authors’ and publishers’ roundtable found in the back of The Unifying Force paperback is a fascinating insight into what working in Star Wars is like. And now, with so much new media, more new creators are getting a shot at the GFFA. The more new ideas and new blood, the longer the universe will keep evolving and changing. This is true on the fandom side also. I like to think I’ve quit writing fanfic, but there are so many new writers and artists out there. The first time a friend told me that they’d started writing fanfic and it was my fault, I couldn’t help but feel proud. Making more friends in my favorite fandom isn’t just about friends who have something in common, but also bringing more minds into a huge universe. And in Star Wars, more than a few fans have become official creators. How many times have we seen an author’s bio or backstory in which they describe first seeing Star Wars in theaters? It’s an amazing shared experience.

With this in mind, even with officially-set continuity, the role of fandom has not lessened. Those of us who are devoted to Legends have the power of fanwork to keep them in the GFFA. Across tumblr, I’ve seen a good deal of Rebels fanfic and art, and it’s not going away. For a time, I was concerned that the Legends announcement would drive people away from writing and drawing, or at least significantly reduce it, and thankfully that hasn’t happened. In a way, the GFFA has been opened up all the more for fans. Let’s keep bringing them in.