I then went about bubble bursting among my peers. Star Wars wasn’t great. We all loved it – but it wasn’t “great”. But Star Wars had great dialog and TPM’s dialog was terrible. Oh really? “Would somebody get this walking carpet out of my way” is not great dialog. If you doubt me, ask Alec Guinness – or think on Harrison Ford’s great observation – “You can type this ****, George, but you can’t say it.” Not exactly great dialog there – but it’s okay to love it. 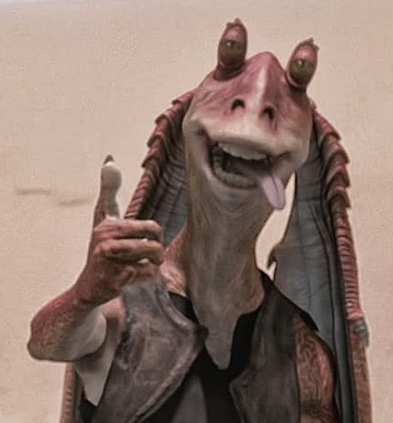 And over and over the complaints would be how something didn’t live up to Star Wars’ greatness – no. It was just there was something folks loved about Star Wars that they didn’t particularly love about TPM. They didn’t see the wonder and joy in the lightsaber battles or the podrace. But here’s the thing – most of the folks in my group were too old, but there are tons of people where those very things are their first love for Star Wars, the things that they think make Star Wars “great”. And while they may not be, abstractly and objectively, what makes Star Wars great – that’s okay. Love them away.

It’s okay to love something that isn’t great. I just moved back to the Chicago area – I had been born here but moved away twenty-eight years ago. And here they have White Castles. I love White Castle cheeseburgers. There’s just something homey and wonderful about them. My wife, who is from California and didn’t grow up with them can’t stand them. And she’s probably right – the burgers aren’t all that great. In fact, the folks who say they are terrible are probably right (especially if you grew up with In-and-Out burgers). That’s okay – I love them, and if others don’t, that’s fine. I’ll still enjoy them by myself.

Star Wars fandom is a big place – now even bigger than an Expanded Universe. And within that, there are many things I love… but I don’t have to define them as great to love them. In fact, I find it is helpful to acknowledge the dire flaws of things I love. I love Michael Stackpole’s X-Wing series. How could I not – high school and college had me flying X-wings and TIEs on my computer! Besides – Mr. Stackpole was kind enough to respond to me while I was in college and give me advice on a pen and paper Star Wars game I was running – he has my loyalty. But that doesn’t mean I can’t admit that the Alien Combine trial in Wedge’s Gamble is utterly hamfisted. Still, I love the series – but that love doesn’t make it great. 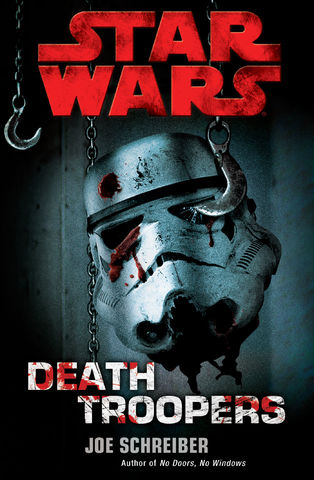 And other people love other things. I’m sure there are people who think that Deathtroopers and Maul: Lockdown are the greatest things ever; me, I don’t dig horror that much. But whatever, it’s cool. I never got into the comics all that much – for some, that is their thing. Enjoy them! There may even be folks who think the Denningverse is wonderful – I might think they are deranged, but let’s have a big tent Star Wars where lots of folks are welcome!

And then will come the day. December will be here, and the hopes will be high for The Force Awakens — and let’s face it. We don’t know how it will turn out. I hope I’m happy and in love – I hope that I’ll be taking my then-four-year-old to see it in the theater so that his first movie on the big screen will be Star Wars, just like mine was. But… maybe I’ll hate it and those plans will change. Still – even if it goes bad from my “point of view” – there’s going to be some folks who love it. There will be folks for whom The Force Awakens *IS* Star Wars at its finest. And even if it isn’t for me or for you – let them have their love and their fun and delight. And when it’s time to discuss – we can discuss calmly and rationally. We can admit that even the things we love have flaws (and even that there may be good points to the things we don’t care for at all). But all the while we can be glad that more and more people love this big jumbled mess that we call Star Wars.

10 thoughts to “Love Does Not Make Something Great”