“A Jedi uses the force for knowledge and defense; never for attack” – Yoda

The above quote by Yoda in The Empire Strikes Back is one of the foundational quotes for understanding how the Jedi were supposed to operate. Gifted with their connection to the Force, which they honed through discipline and training, they were to confine their actions to gaining knowledge and to defending others. If they go on the offensive, they fall prey to the temptations of the dark side.

This idea was a major theme of Return of the Jedi. We see Luke throughout that film wavering between light and dark. While walking into Jabba’s palace and Force choking a couple of guards is a badass move, it’s not the job of a Jedi to be cool and powerful. There’s a reason Luke enters the palace in shadow with a big black cape flowing behind him – will he fall like his father?

Before the Emperor, the times when Luke comes close to falling are when he goes on the attack, goaded by his love of his friends. The Emperor says that his friends will die, and Luke attacks. Note, this is not defending his friends – it won’t stop what is going out there. It is an attempt at revenge. It is simply attack. Likewise, when Vader goads him into attacking, he’s not doing anything to actually protect Leia. Instead, he is acting on his passion. That is why the Emperor cackles, “good” when Luke defeats Vader. Luke hasn’t been acting as a Jedi; he has been on the attack, following his passion, acting without knowledge.

Contrast this with the redemption of Vader, who is returned to the light side of the Force when he acts simply and solely to defend Luke. Vader gains no power by this act. In fact, he suffers. It doesn’t placate his passions (especially as originally scripted without the “noooooo”). He simply is defending Luke. That is the way of a Jedi. END_OF_DOCUMENT_TOKEN_TO_BE_REPLACED

“Don’t read the comments”—that’s what people are always telling you about the internet, right? That being the case, I have to say that I’m enormously proud of the comments we get here at Eleven-ThirtyEight; even when there are disagreements, they tend to resolve amicably, and input from our audience often results in a deeper understanding and appreciation of the topic in question for all involved.

A couple weeks back, we published a guest piece from Andrew Berg called Star Wars and the Myth of Redemptive Violence, which considered, put simply, whether Star Wars as a franchise was contributing to (or in opposition to) the Western cultural obsession with violence as a just solution. As the days after the piece went on, a discussion continued between Andrew and two longtime ETE commenters—Eric Brown, an occasional guest writer himself, and John Maurer. I find this topic fascinating my own self, and so robust and interesting was their exchange that I eventually sought, and was given, their approval to republish the whole thing as a new piece in its own right.

This piece will also function as a special extension of the conversation if anyone else wants to weigh in further; due to an issue we used to have with spambots, I had to disable comments on pieces older than two weeks, meaning that the original is now closed for good. Here’s to continuing this excellent line of discourse. – Mike, EIC END_OF_DOCUMENT_TOKEN_TO_BE_REPLACED

Then we had The Force Awakens come out. J.J. Abrams has said that part of what drove the creation of the story was answering the question, “who is Luke Skywalker?” Fair enough – interesting entry point. But now things would be fixed, because surely, this time around, Luke would do what Yoda said and train his sister. Except, once again, those in charge of officially telling the story decided that Leia wasn’t going to be a Jedi. She’d be Force-sensitive – we see that in the film – but Leia appears to have purposefully not trained as a Jedi. Her talents thus remain latent, never reaching their full potential. END_OF_DOCUMENT_TOKEN_TO_BE_REPLACED 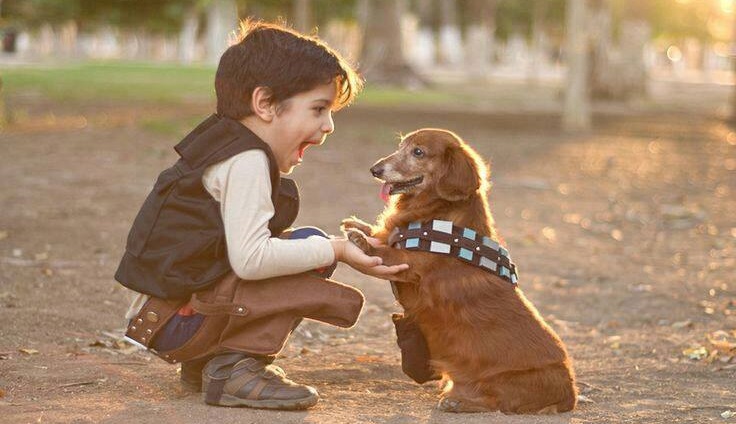 It was something I hadn’t done in a long while – cross the Star Wars age barrier. I was getting ready to start high school when the Zahn books came out, and so with the rebirth of the Expanded Universe, I found myself squarely in the non-juvenile book section. And there I stayed. I was a high schooler, then a college student – I never read the Young Jedi Knights or whatever series it was – The Glove of Darth Vader is known to me only in mocking tales and Wookieepedia entries. END_OF_DOCUMENT_TOKEN_TO_BE_REPLACED

I then went about bubble bursting among my peers. Star Wars wasn’t great. We all loved it – but it wasn’t “great”. But Star Wars had great dialog and TPM’s dialog was terrible. Oh really? “Would somebody get this walking carpet out of my way” is not great dialog. If you doubt me, ask Alec Guinness – or think on Harrison Ford’s great observation – “You can type this ****, George, but you can’t say it.” Not exactly great dialog there – but it’s okay to love it. END_OF_DOCUMENT_TOKEN_TO_BE_REPLACED