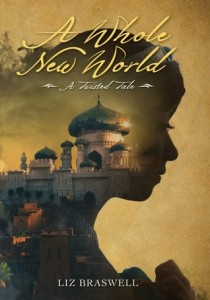 If asked about an “alternate universe Star Wars story,” most people might immediately bring the Star Wars Tales comics to mind. Others might bring to mind the old Infinities comics exploring different takes on the Original Trilogy. A few might think of alternate universe scenarios in video games, such as the dark side endings to various games or The Force Unleashed franchise allowing its pet character Starkiller to kill all of our beloved heroes. A really cheeky person might ask if we meant the Legends Expanded Universe. Alternate universe stories might be common in other franchises – especially comic books – but Star Wars rarely draws from that well, except in fan-created works. Even most Star Wars video games would fall into whatever was the canon continuity at the time. Though the obsession of Star Wars with fitting everything into continuity could be the subject of its own article, it’s still strikingly odd that Star Wars almost never consciously creates alternate universe stories. Taking aside the alternate endings for video games, only Dark Horse committed to alternate universe content in any consistent way. The novels conspicuously never touched it, except for early works of dubious continuity value. (Before anybody asks, no, this is not a “Bring Back Legends” article)

Disney Book Group is doing something rather interesting – they’re publishing a series called A Twisted Tale, which takes their extremely well-known animated features and shooting their stories off in an alternate direction by changing a key fact of the story. It’s a little like Back to the Future II, and if we have to explain that reference to anybody we’re going to be very distressed. Now, this idea is pretty cool not just conceptually, but because Disney is pretty strict about the use of its animated brands on a level fairly comparable to Lucasfilm. So if they’re willing, why not Star Wars?

The first book in the series is called A Whole New World, and it’s an Aladdin alternate universe story by Liz Braswell. It’s a pretty fun story, and so we’ll illustrate what we mean about Star Wars by reviewing this book. It’s a darker and more realistic take on Aladdin, being geared towards young adults who might have grown up on Aladdin (though folks like us who saw it in theatre are decidedly past the young adult stage, at least “young adult” as it’s understood in publishing). The story follows along the movie at first, developing it the way a film novelization might, until the point at which Jafar sends Aladdin to recover the lamp: Jafar betrays Aladdin but manages to keep the lamp, and is able to institute his dark plans far earlier. He becomes a sultan and sorcerer, and Princess Jasmine has to escape and become a revolutionary leader… which is a version of Aladdin we never knew we needed until now. And that’s the beauty of an alternate universe story: it can be more than just a plot twist if it explores different sides of characters or a different type of story.

A different side of Agrabah

The reason that A Whole New World works is that it doesn’t just present a new version of the existing story with a slightly changed set of facts. Instead, Braswell uses the changed scenario to help develop the canvas a lot better. She starts early, developing the economic and cultural background of Agrabah from the beginning. We know that Aladdin lives in the slums, yes, but we learn that his district was actually part of a massive public works project from a prior sultan. We know that Aladdin has run-ins with Rasoul, the head of the guards, but we learn that Rasoul is the flip side of Aladdin: a poor boy that serves his community by trying to get rid of crime. We know that Aladdin is a street rat, but we learn that the street rats were a gang of thieves Aladdin distanced himself from. There are even suggestions that the story is set in the real world, with references to mosques, synagogues, and other real-world cultural and historical references (these just add flavor, but we love the idea of grounding Disney fantasy stories in the real world and just had to mention it. It’s especially appreciated when it adds cultural respect to a story that was more than a bit stereotypical in its portrayal of the Middle East.).

Of course, we expect a movie novelization to add more details to the story. Where this pays off is how the details play into the altered story arc. Once Jafar has imposed his reign of terror and won the affection of the masses through bread and coinage, Aladdin’s relationship with the guards and the former thieves matters a lot more. Once Jasmine realizes that Jafar controls the levers of power and she must become a revolutionary leader to unset him, the economic situation of the teeming poor matters a lot more. Suddenly these details turn into more than just lore and worldbuilding, but they have impact on the story.

This is a point worth laboring over. Regular readers of our articles on “Imperial Court Circular” know that we enjoy politics and worldbuilding, and almost for their own sake. It’s fun to figure out how stuff works in fiction, whether it’s the structure of fictional monarchies or if it’s the political dynamics of the good guys and bad guys. For us it’s an end unto itself, but it also serves a storytelling purpose by providing mechanisms for action and a structure for plot movement. The reader knows what obstacles Jasmine might face in uniting the poor, who might have a dim view of past munificence by royalty and a particularly dim view of Jasmine’s pretty incompetent father.

A change of pace

A Whole New World is written for young adults instead of children, so it’s necessarily more mature than its source material. We won’t belabor this point too much since it’s not directly relevant to lessons for Star Wars, as Star Wars already has plenty of mature writing and the new canon stories launched with an adult novel, A New Dawn, which served as the lead-in to a children’s TV series. However, we do want to point out that this book is considerably darker than the movie – in fact, there was a scene that made us cringe and we’re no stranger to dark writing. But the alternate universe telling also permitted the story to deviate from the movie in ways other than maturity.

For instance, Princess Jasmine is a much stronger character in the book. That’s not to say she’s weak in the film. She stands up for herself, opposes injustice, and cares for the poor – but the film didn’t offer much opportunity to explore it, and it sometimes comes across as she’s strong only when she’s defending her own desires. That’s probably uncharitable, but it’s a reasonable perspective to take. The Jasmine of this story is quickly robbed of her privileged position, and she’s put into contact with the poor on a much more extended basis. This allows greater insights into existing aspects of her character that were only lightly touched on in the film. She has more opportunities to learn how sheltered she was, more opportunities to showcase her rejection of injustice, and even a chance to show that she’s educated and well-prepared in the art of governing (the book establishes that she will become ruling sultana after her father). Jasmine becomes the dynamic, principled, and insightful character she was meant to be.

And Jafar – oh Jafar. The development of his character is fascinating, and it results from a combination of the more mature/realistic take on the story and the alternate universe providing a means to develop his character further. We see what Jafar’s ideal Agrabah would look like, we see his concept of rulership, and we see that despite his immense power he still seeks to be validated and loved: both by the populace and by Jasmine, who is his way to legitimacy. There are other great touches to Jafar that are just delightful and we won’t spoil them here.

So – about that Star Wars

Liz Braswell’s A Whole New World is an excellent take on a classic story for older readers, and it’s worth Aladdin fans taking a look at it because it develops the story and setting in exciting new ways. We quite recommend it. And while we definitely wanted to review this book, we’re writing about it here because the book provides lessons for the Star Wars franchise.

Alternate universe storytelling provides opportunities for more than just strange plot twists and bizarre outcomes as seen in the Infinities comics about the original Star Wars Trilogy. It’s cool to see Dark Leia and Redeemed Vader and all, but that’s a sort of superficial enjoyment. The value of alternate universe storytelling isn’t change for change’s sake, but the storytelling opportunities that such changes offer. Star Wars Tales is an excellent example of that, because the writers of those comics were freed to explore their creativity in whichever way they saw fit and the result paid dividends. Of course, there’s a difference between being out of continuity and being an alternate universe story but we’ll elide them for a moment because Star Wars is singularly hesitant to do either.

As mentioned, the novels have never done it. It’s difficult to see why not. Understandably, the current publishing calendar is quite full but there should be no conceptual obstacle. Reader confusion would be solved by labeling, and the notion that a reader would be lost without the context provided by continuity is belied by any non-franchise novel out there where the author contextualizes the reader through the story. Short stories provide an even better avenue for out-of-continuity or alternate universe storytelling. The Force Awakens and other franchise synergy efforts might mean we won’t see this sort of thing for quite a while, which is understandable – but we shouldn’t underestimate its value.

Strictly out-of-continuity storytelling might be fun, but the insights provided by alternate universe storytelling might be of even more interest. A story where Leia falls to the dark side or where Vader is redeemed might offer the potential for character insights and story development in the way an Aladdin AU story did. A story that was less headline-grabby with its plot twist might offer even more creative choices that lead to interesting outcomes. Alternate universe stories would ideally be one-offs, without their own continuity to maintain: the whole purpose is to provide more creative avenues, not to diminish them.

A Whole New World releases on September 1, 2015. Thank you to Disney Book Group for providing us with a review copy.