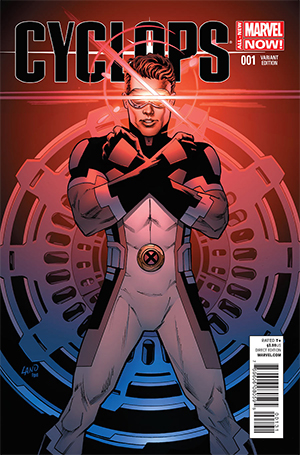 We are going to continue our look at representative comics penned by future writers of the Marvel Star Wars comics, trying to examine what makes them a bad or good choice to write Star Wars for the benefit of any readers that may be Star Wars fans but not comic book fans. In the past we’ve looked at Jason Aaron, Kieron Gillen, Mark Waid and Charles Soule, and now it’s time to take a good look a Greg Rucka, the writer of Shattered Empire, the comic miniseries that’s coming out as part of the Journey to The Force Awakens. And this time, choosing the comic series we are going to spotlight couldn’t have been any easier.

Greg Rucka’s writing career started with his Atticus Kodiak novels, a series of seven crime books starring a New York bodyguard, and he started writing comics with the critically-acclaimed Whiteout, an absorbing story about a female sheriff having to solve a crime at McMurdo Station, Antarctica, and finding what appears to be the work of a serial killer; he also published Queen & Country, a gritty espionage series about a British SIS agent and his world. Once his reputation as a good writer was consolidated, he went to work for DC Comics, writing Detective Comics (where he created many of the characters that would become part of the detective series Gotham Central, that he would co-write with Ed Brubaker) and Wonder Woman, and famously being part of writing team for the also-critically-acclaimed weekly series 52.

Leaving DC after being taken off the still-unpublished Wonder Woman: Earth One, Rucka came to Marvel to pencil one of the most interesting runs in The Punisher in recent history, perhaps only second to Garth Ennis’s long stint on the MAX title. If this series of accomplishments would lead you to think that Rucka is a crime writer first and foremost and has no business writing Star Wars, you couldn’t be more wrong: not only does he write the steampunk adventure comic Lady Sabre and the Pirates of the Ineffable Aether, but he also wrote for Marvel the title whose first issue we are going to be talking about today: Cyclops.

It’s not easy at all to explain the background behind Rucka’s Cyclops series, as it involves time travel and tomfoolery, so let’s just stick to the basics: a teenaged Scott Summers (Cyclops of X-Men fame) discovers that Christopher Summers, the father he thought died long ago, is not only alive and well but also the captain of the space pirate crew known as the Starjammers. Comics! Scott decides to leave Earth behind and join him in his misadventures because, let’s be honest, what kid wouldn’t want to follow his father’s footsteps when these involve becoming a space pirate? There is not much to the comic plotwise, as it focuses on doing some heavy lifting in getting us to care about the main characters.

We open after Scott has left Earth with the Starjammers. Hepzibah (Christopher’s alien girlfriend, who Scott considers “awesome” and maaaaaybe a little bit sexy) is helping him navigate through space in their space suits, getting used to zero-gravity and finding ways to use his mutant powers in this new environment. Afterwards, Scott goes back to his room and tries to write a letter to Jean Grey, the girl he left on Earth, without having any success. Elsewhere, Corsair talks to Hepzibah and Sikorsky, the ship’s doctor, about his worries about knowing how to be a father to a teenage boy and we get the first hint towards Christopher’s health not being as good as it looks.

When a Badoon hunter-killer suddenly appears and attacks the Starjammers, Scott is impressed by his father’s competence but feels lost and out of place as the Starjammers all jump to their battle stations. To his delight, Christopher decides to board the attacking ship taking his son with him. After using some lateral thinking to get inside the ship, they easily defeat the Badoon and take over the vessel. Once the battle is over, Christopher decides that the Badoon hunter-killer is a really nice ship and, after kissing Hepzibah goodbye, he decides to take Scott with him on a little space road trip, just the two of them.

So how is this comic? In one word: great. Considering that Cyclops had never had his own ongoing series before this and that the character has never been particularly charismatic, what Rucka does here is no small task and it’s hard not to be impressed. The book works as a fantastic primer to the character of young Scott Summers, a perfect entry point that also manages to avoid feeling redundant to the readers that have been following the twisty continuity of X-Men comics. Scott, our main character, behaves like a real teenager would (not surprisingly, perhaps, as Rucka has a son his age), constantly vacillating between energetic eagerness and teen angst. This Scott isn’t the serious stick in the mud you may remember from the X-Men films, but an endearing and even sweet character, a teenager afraid of the future that has to decide the kind of man he wants to be. So yes: he is like every single teenager ever.

His motivations, too, are clearly defined: he’s haunted by the man he knows he will become in the future (again: time travel, don’t ask) so he’s decided to change history by following a new role model, his dashing swashbuckling father. Christopher, meanwhile, has decided to make up for the time they’ve lost and to become a presence in his son’s life, but has no idea of how to do it. There isn’t the slightest sense of resentment or bitterness between them, though: Scott doesn’t think that his father abandoned him and Christopher is simply worried, not an emotional wreck obsessing over having failed his son: melodramatic cliches are left to one side and some real sweetness takes their place. When Scott listens to his dad speaking proudly of him, the way his face lights up with joy is all you need to know you are going to be back for some more. The book engages us emotionally, being poignant but never falling into cheesiness. It feels real, real people having real interactions and real feelings. And that’s not all! The comic is also pure unadulterated pulpy sci-fi fantasy: it’s about a kid off on a big adventure that involves daring space pirates boarding enemy ships, evil aliens, hectic dogfights, smooches before doing some swordfighting, and pilots shouting technobabble while lasers fly in all directions.

So, I don’t think I really need to say why you should be optimistic about Rucka writing for Star Wars, but I’ll say it anyway. This book is as Star Wars as they come: an exciting space fantasy with heart and family at its core. If Rucka keeps a similar approach for Shattered Empire, well, we’ll feel totally home.