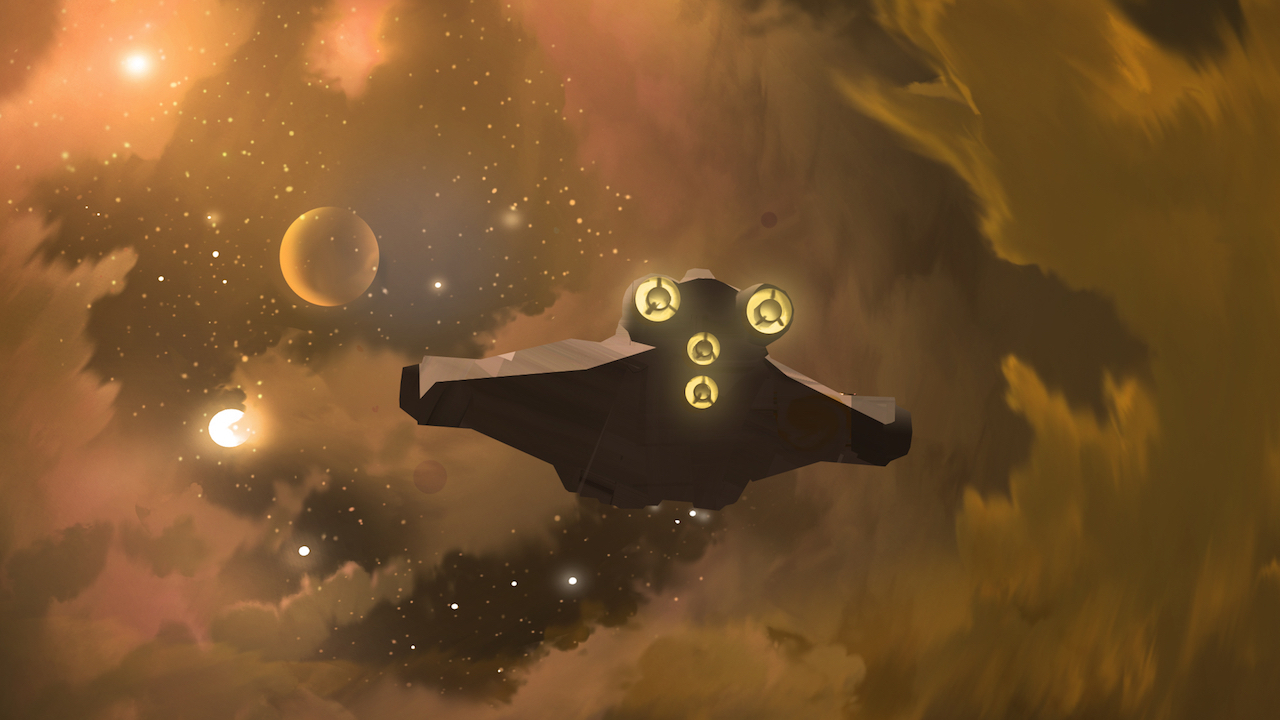 Jay: For a while now, I’ve really enjoyed the McQuarrie-esque animation style of Rebels because it brings me back to the original trilogy roots of Star Wars as adventure and space opera. But it wasn’t until this week’s episode that I really put together what the art does for the feel and tone of the show, and how that enhances the storytelling. It helps that there’s been a vast improvement in animation quality — and I don’t just mean the characters, who have far more detail than their season one iterations. The environments have been gorgeous this season: think about Hera flying through the skies of Shantipole, the shattered planetscape of Concord Dawn, and the gorgeous maelstrom of the not-Maw nebula in “Legends of the Lasat”.

The planetary environments have always had a lush, painterly quality to them, even back to the first season — and this seems fairly intentional to me. The views of Lothal/Garel and the new season two worlds resemble actual McQuarrie concept art and matte paintings, and they’re intentionally not computerized. This adds more than an OT feel to it: this makes the story feel like almost like a tableau vivant — but with action! The characters are characters in a painting brought to life, and it adds to the fairy tale and mythological vibe so present in Star Wars.

The otherworldliness had great dividends this episode, as the story took a daring risk in expanding the mythology of the Force. We saw different Force traditions in Legends, and we saw the Nightsisters of The Clone Wars casting spells but the Ashla of the Lasat showed the Force manifesting itself in a more mystical way than we’re used to these days. The Force used to be the province of knights, priests, and/or magicians: Jedi, Sith, and other Force-using traditions that featured people specially imbued with the gift to touch the Force. This time we saw Yoda’s promise in The Empire Strikes Back made real: the Force is in all living things and binds the galaxy together. We’re pretty sure that Zeb is not Force-sensitive in the way that we understand it, he can’t feel what Kanan and Ezra feel. But the ritual had real power to him. The Force is in all things and connects all things — as Lucas and Abrams have said in interviews, the Force is everyone’s common denominator.

Perhaps this is a stretch — but I’m going to make that stretch. The nebula reminds me of nothing more than a painting of clouds. They’re swirly and fluffy and even though they look like they’re black holes, we don’t see a fiery accretion disk that we’d see in a more scientific take (much less the 3D parallax wizardry of Interstellar). No, we see gentle stylized clouds. Their effect is not so gentle: the Imperial Arquitens-class cruiser is nearly torn apart, the TIEs definitely are, and the lasers are distorted and warp around the Ghost. But it all takes on the feel of magic, of mysticism: the Ghost is somehow protected from this maelstrom by an unknown means (and one I hope they don’t try to explain) while this same magic tears apart the Imperials. Then the Ghost makes a jump, using those cool new hyperspace light effects we’ve been seeing on the show, and arrives to a mythical homeworld of the Lasat.

The subject matter is space — what appears to be sci-fi. But the style, the trappings, it’s all pure myth. The painterly art style adds to that. It’s all very appropriate because the art and animation style establishes the feel of the show. The contrast between the CG of The Clone Wars and the CG of Rebels isn’t a PT/OT thing but it’s the difference been a more military, wartime action show and a contemplative, slow-moving show about the mythology of Star Wars. And as much as I get impatient with the Jedi business in an era that I insist is about revolution and adventure, the vibe really works. And I think that it was the genuine expansion of the Force into something more connected and profound that made this episode work. 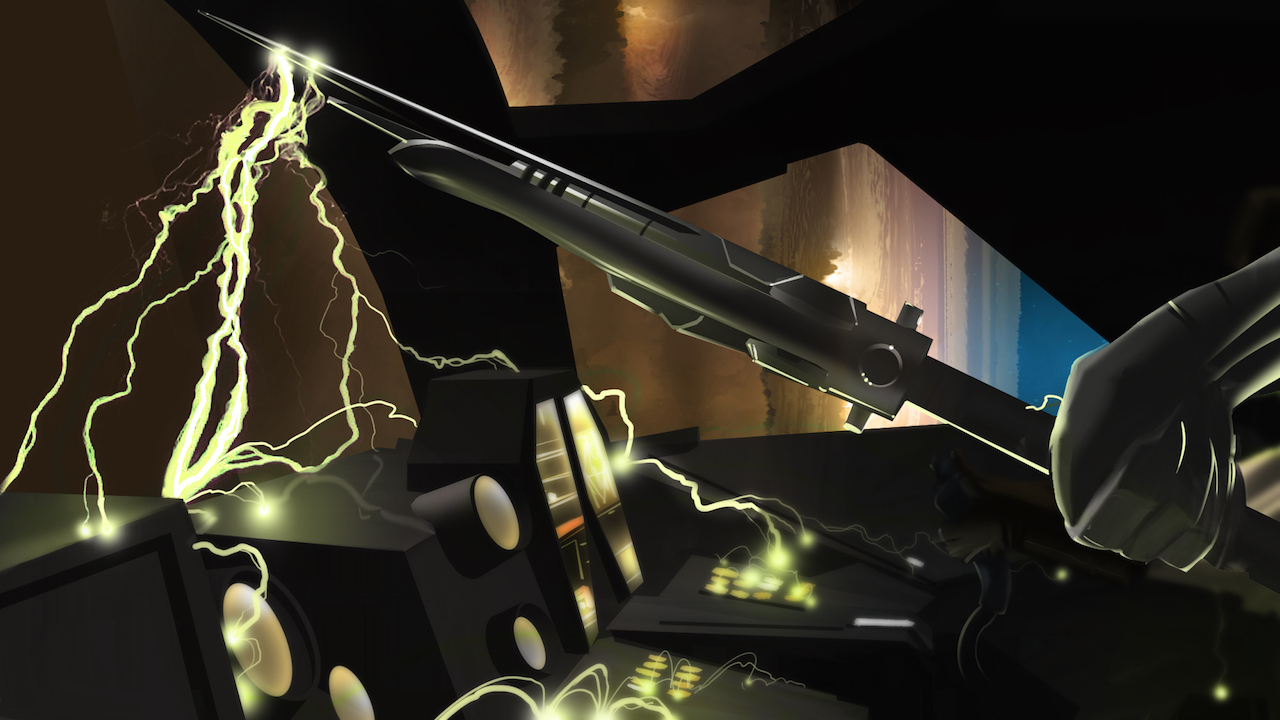 Ben: Something that Rebels hasn’t done as well as I had hoped is its musical scoring. Kevin Kiner did a superb job with his score for The Clone Wars, to the point where each individual planet that was visited had its own soundtrack. Even when the scripts were weaker, Kiner’s score always came through, often giving the show an emotional punch right when it needed it most, especially in the final couple of seasons. So of course when he was announced to be coming back for Rebels, it was almost universally praised as being a great decision.

But the thing that no one remembered at the time, and that I was remembering as I was writing this, was that Kiner’s work in the first seasons of The Clone Wars wasn’t nearly that good. It was often rather rough, in fact. It took him time to find the themes and characters, to put down some building blocks and lay out the musical foundation. The first season of Rebels was similar and rather more limited, because unlike TCW Rebels was rooted on one planet and couldn’t change its tone and style as much, and it relied a lot (some would say too much) on riffing off of the classic John Williams scores from the original trilogy. There have been bits and pieces of great work here and there, but a lot of the music just hasn’t been memorable.

Since the second season has started, though, Kiner has stepped up his game. The scores have ranged from good to terrific, and this week’s episode “Legends of the Lasat” was possibly the best yet. There were a couple of reasons why it was so good, of course. First, it was different. Very little of the music sounded at all like anything that had been in Star Wars before, or at least in the original trilogy era. The insertion of the Philip Glass-esque strings, as well as the judicious use of silence to anchor the poignancy of the ending, created an entirely different atmosphere, something alien and exciting. It reminded me personally of much of Firefly‘s score.

But second, and what struck me more, was the unique atmosphere it created. It’s far from the first time that a string section has been featured in one of our universe’s themes, but I don’t remember a time where the strings were such a focal point as they were here. The music felt mysterious, and different. It said right from the beginning that there was something different about this episode, and not just that it centered around Zeb. It also felt fun and exciting, making the act of the Ghost flying straight forward and not maneuvering at all somehow thrilling, and only became that much better once things actually started to happen.

Like with The Clone Wars, Kiner’s work on Rebels has only gotten better as time has gone on. But more than that, it’s gotten better as he’s been given a more diverse pallet of planets, species and themes to choose from. This season has been a terrific step forward on that front. The show has been willing right from the get-go to let the score speak for itself in scenes with minimal dialogue, to let the emotive qualities of Kiner’s music fill the space. The flight scene in this episode as the Ghost plunged into the maze is right alongside Hera’s test flight in “Wings of the Master” and the heartfelt emotions on Ezra’s face in “Legacy” as some of this show’s thematic high points, and the music has been a gigantic part of all three of those moments. Hopefully the show continues to build on this, and by the time we hit season three we’re getting cinema-worthy scores the same way we did in TCW.

One thought to “Rebels Revisited: The Artistry Of It All”