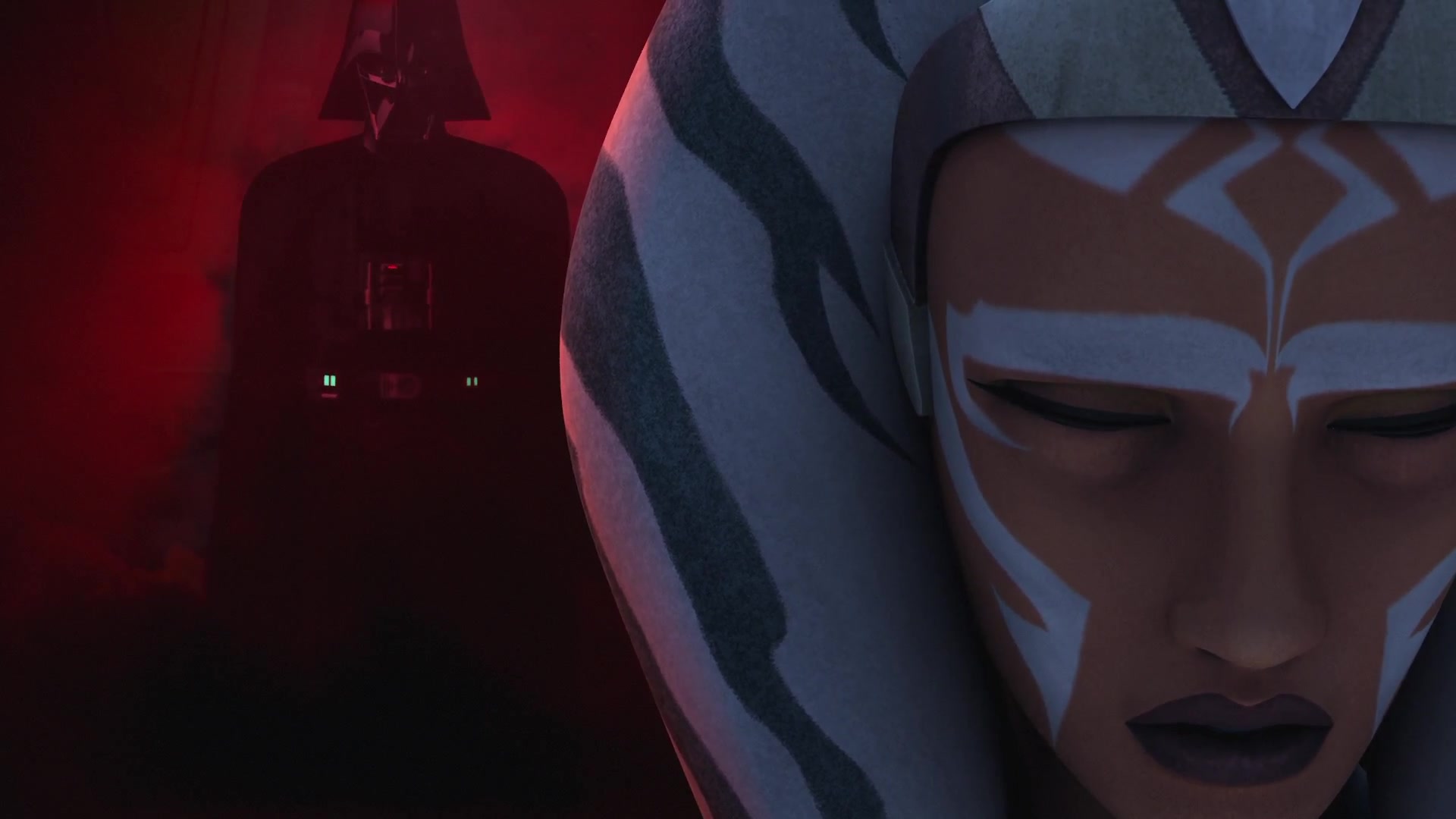 If it was almost any other character, the ambiguity wouldn’t be such a big deal. But Jedi characters set in stories in and around the Clone Wars are a bit of a special case. Due to Order 66, we know that the vast majority of Old Republic Jedi were killed as part of Palpatine’s final ascension to power. For a Jedi not named Obi-Wan Kenobi or Yoda, there needs to be a good explanation for how they escaped the massacre. The importance of Luke’s training partly lies in the fact that he is “the last of the Jedi” according to Yoda; having tons of Old Republic Jedi survive the purge undermines both Luke’s importance and Order 66 itself.

But hey, Ahsoka had left the Jedi Order by that point and therefore didn’t suddenly find herself facing the wrong end of the blasters carried by clones under her command. In fact, it’s actually refreshing that a lead female character in the SWEU wasn’t fridged. But she’s deeply tied to Anakin, which means that in order for her story to have a satisfactory conclusion, there needs to be some sort of closure on the whole Anakin/Vader thing. And while the early cancellation of TCW meant that we couldn’t fully explore the effect her leaving had on Anakin, her appearance on Rebels gave fans the hope that we would finally see the answer to the question many had asked when Ahsoka was first announced: what would Anakin Skywalker’s padawan do when faced with the reality of Darth Vader?

The problem is that while we finally got a long-awaited confrontation between Ahsoka and Vader…we didn’t quite get the closure we were looking for. Instead we got a vague shot of Ahsoka walking into a cave, her fate left in limbo yet again. Vader is an extremely power Sith Lord and duelist, and is fueled by the personal anger he feels towards Ahsoka. He’s also protected by plot armor; any confrontation between Vader and Ahsoka does not look good for the latter. How did Ahsoka Tano, former padawan of Anakin Skywalker, survive an explosive confrontation with her fallen former master? It doesn’t look like we’ll be finding out in the near future, and frankly it does a disservice to her character to not give her story some kind of closure. Having Ahsoka survive not only Order 66 but also a duel against Vader frankly feels a bit like a cop-out.

If Ahsoka survived because Vader let her live, what does that mean for his big moment in Return of the Jedi when he defies the Emperor to save Luke? Part of what makes that moment so great is that it was the first time we saw Vader deviate from the strict ruthlessness he was known for (and in doing so, came back to the light). Personally, it would make no sense for the same thing to happen here to Ahsoka. We saw the fury with which Anakin battled Obi-Wan on Mustafar, as well as the anger and condescension he threw at his former master during their duel on the first Death Star. Obviously he’s not going to spare someone just because they used to be friends. Quite the opposite, actually.

Perhaps she managed to escape by tricking Vader into thinking she was dead. Perhaps she was severely wounded or crushed by the falling temple and Vader left her for dead. Perhaps she turned to the dark side and joined him. Perhaps it’s actually her Force ghost we see at the end. Perhaps it’s any number of explanations that would explain how Ahsoka somehow survived. But it looks like once again fans will be left hanging.

Personally, and this may be an unpopular opinion, the way things stand right now I’m not sure it makes sense to keep Ahsoka alive much longer. I love the character, and I especially love what she means to a generation of fans who discovered Star Wars through TCW. And god knows Star Wars has enough fridged women that we don’t need another. But I find it difficult from a narrative standpoint to justify her sticking around. She now unequivocally knows that Vader is Anakin Skywalker, former Jedi hero. Would she not want to redouble her efforts with the Rebellion in order to take down the Empire now that she knows her former master is second in command? She arguably knows him and his tactics better than any of Rebellion High Command; she certainly isn’t helping anyone by sitting around on Malachor, and if we know anything about Ahsoka it’s that she wants to help people and do the right thing.

But even if she does make her way off Malachor and back to the Rebellion, that presents a different challenge. Her knowledge of Anakin would be a crucial asset to the fledgling Rebellion’s strategy so she would likely be highly ranked in the organization and present at many crucial briefings. And yet we (obviously) never see her as a member of the Rebellion in the movies (since they were released long before Ahsoka was created). It’s the downside of writing prequels; you know what the endgame is and so sometimes you have to limit how far certain characters can progress.

And really, I’m not trying to nitpick at timelines here. I can accept a certain amount of handwaving to explain away discrepancies. And it could be I’m getting worked up over nothing; Filoni’s implication that he has no plans to continue Ahsoka’s post-Rebels storyline anytime soon could just be him secretive. For all we know, she could pop back up in the season three premiere of Rebels and I’ll look back on this article and laugh at my naivety. I don’t mind waiting when I know there will be eventual payoff; what I do mind is being left on an ambiguous note yet again, for little reason. Sometimes you have to kill your darlings, or at least give them some closure. If Filoni wants to keep Ahsoka alive even if it becomes increasingly unrealistic within the confines of the narrative, that’s fine. But at least give her an ending she deserves.

6 thoughts to “Schrödinger’s Padawan: Why Ahsoka Tano Deserves An Ending”