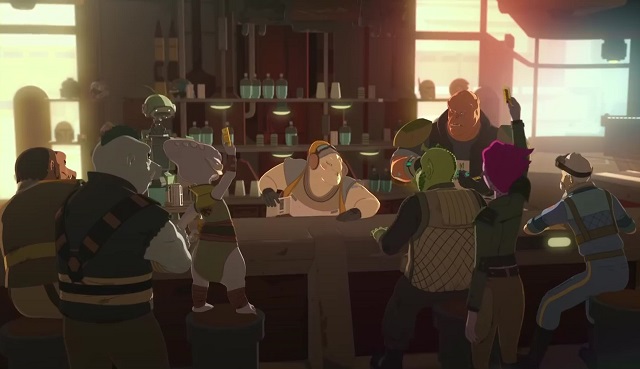 So where am I, personally, regarding this show? As with Rebels before it, I’m holding most of my judgment until at least the first episode of the show is out and available for viewing. Judging a show’s entire worth by its trailer is a mistake in my book, so this isn’t an article proclaiming some sort of judgment of Resistance from the glimpses we’ve gotten. And besides, I’m going to watch it regardless of what the final quality winds up being because it’s Star Wars and an animated show and both of those things are right up my alley. But if I can, let me lay out some more specific hopes and fears for the show overall.

First, a fear. Based on when it takes place in the timeline, I’m a bit trepidatious about the show’s long-term plot. One of the few concrete bits of information about the show, aside from character blurbs, is that it takes place six months before the events of The Force Awakens, which allows for guest characters like Poe Dameron, Captain Phasma and General Leia to appear. But it also limits the show’s growth for its first couple of seasons. With The Force Awakens, and by extension The Last Jedi, so close to the events of this show, unless the show’s timeline is densely packed with events within that six-month time frame, we will probably get one, maybe two seasons worth of show before we’ve hit the films. 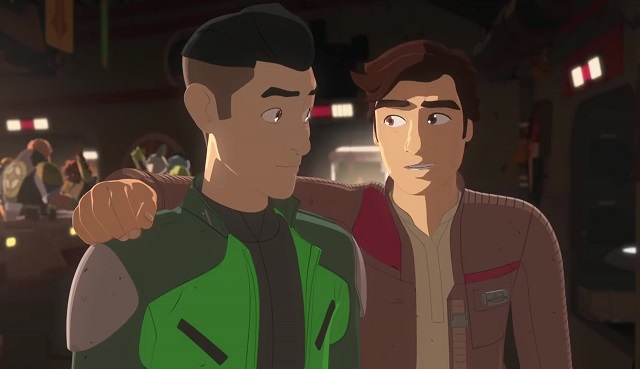 Now, I don’t doubt that they’ll intersect the show and the events of the films in some way. They did it with Rebels and Rogue One, after all. My concern is mainly for the show itself and its separation from the larger events within the universe in that time frame. Resistance is, like Rebels before it, promoting itself as being a separate story about a new group of characters and heroes, taking advantage of the size of the universe to have its own adventure. But the events unfolding in the films are far too significant for Resistance to just ignore them; the New Republic gets all but wiped out, the Resistance itself is also nearly destroyed, and the First Order is basically burning the galaxy to the ground around them. Where does our quirky, colorful cast of characters fit into that? A dark film-centric turn is basically written into the show around the season two/three mark based on the timeline of events alone. This could be done well, but it still feels unnecessarily limiting from a story perspective.

Here’s another fear that I think is shared by a lot of people. The show is about pilots—that’s what they’ve shown, that’s what they’ve said. The time frame of when the show takes place naturally limits the appearance of Force-wielding characters. And yet, why do I get the feeling that we’re going to get an extension of the Filoni-verse of characters in Resistance the same way Rebels continued the story for characters like Ahsoka and Rex? We’ve already seen characters like Sabine, Ezra and even Thrawn get tossed to the wind at the end of Rebels, and there’s nothing keeping people like Hera or Zeb from showing up either. The time jump might seem like a hurdle, but aging characters up was already done between TCW and Rebels, they can do it again.

I sincerely, honestly hope that this doesn’t happen. One of the great weaknesses of Rebels was when the TCW migrant characters overshadowed the ones from Rebels itself. Sometimes the stories intersected and grew together naturally, such as Ezra’s story overlapping with Maul’s. Other times it felt shoehorned and awkward, like every time Hondo showed up in lieu of more homegrown criminals like Vizago. The last thing that Resistance needs as it tries to launch a new story is to weaken its own characters’ presences by bringing in a character that people are already invested in to steal the spotlight. I’m not opposed to a cameo, but I am opposed to a starring or even supporting role. As with the timeline issue, Resistance is best served by being as separate as possible from the rest of the animated series with Star Wars in the title.

Let’s flip the coin now and talk about a hope I have for this show. Resistance wears its anime inspiration on every padded sleeve it has, and for my money the harder they lean into that influence, the better off the show as a whole will be. And I mean this from both an animation and a storytelling perspective, because that’s something people tend to forget: Anime is not just an art style. “Anime” is any sort of animation created in Japan, and not only is there a whole realm of diverse art styles for anime out there, there are also a huge array of stories being told via anime as well. There’s more diversity in topics and tones in anime than there are in Western animation by a pretty wide margin. Yet, within that range, there are certain storytelling clichés that come from it being a culturally specific medium, a unique Japanese flavor if you will. 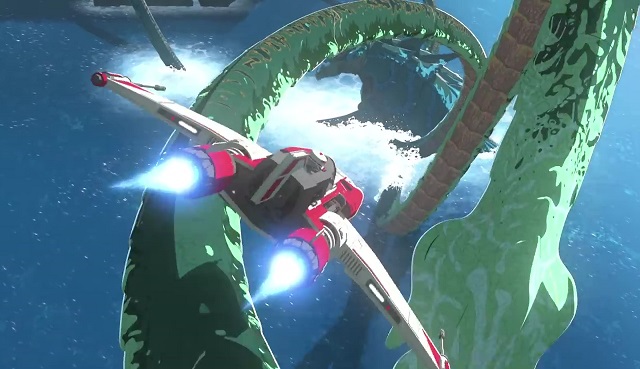 Anime is typically exaggerated, over-the-top, and embraces cliché while also subverting it. You’ll see overly dramatized moments of goofiness mixed in with moments of surprising sincerity and genuine emotion. Resistance has already started into that with its characters, we’ve seen that in the trailers. You see each of them and you feel like you know who they are and what their deal is right from the get-go, they’re instantly familiar. There’s also influence shown in the animation itself, both the cell-shaded style and the physical expressiveness of the characters, which makes sense considering the show is animated by a Japanese studio. Will it be to everyone’s taste? No. But the best thing for the show as a whole is to have it be something new for Star Wars, and again, be as different and separate from The Clone Wars and Rebels as possible.

And before we go, one last bit of wishful thinking, one more hope that I have. If the story does remain pilot-centric and we avoid having cameos from other sequel-era characters like Finn and Rey, perhaps appearances from other known Resistance and First Order notables aren’t out of the question. If Resistance gives us the first onscreen representations of characters like Brendol Hux or Rae Sloane or brings us aged-up Ackbar and Wedge Antilles in leadership roles, that will go a long way toward tying the era’s lore together in a very concrete way. We know so little about the sequel era timeline, who the galaxy’s major players are are, what prominent factions exist outside of the two we’ve focused on, that whatever the show can do to tie some of the disparate lore sources like the books and the comics directly into The Force Awakens or The Last Jedi will be welcome.