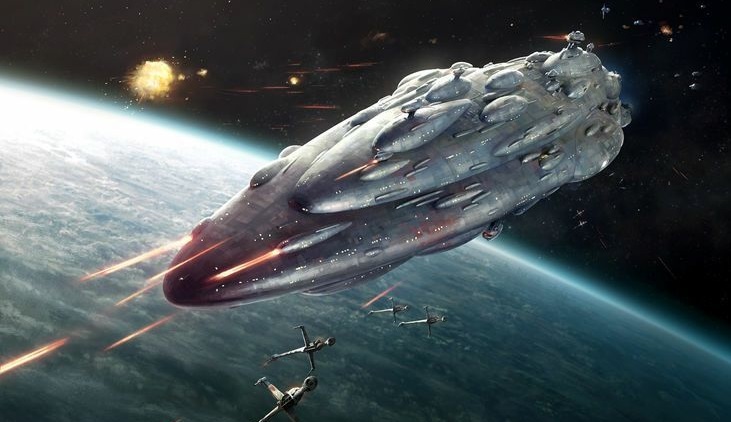 The Clone Wars. The rise of the Empire. The Galactic Civil War. The formation of the New Republic. The resistance against the First Order. In a galaxy plagued by warfare and strife, few worlds have played such a pivotal role as Mon Cala. Its leaders, its peoples, and its starships have affected the course of conflicts and have fought tirelessly in defense of freedom and self-determination. Famous admirals like Ackbar, mighty starships like Home One and Raddus, and selfless leaders like Lee-Char have been key to the formation and success of the Alliance to Restore the Republic, the establishment of the New Republic, and the resistance against the depredations of the First Order. From the depths of Mon Cala to Endor and beyond, this is their story.

The world of Mon Cala, located on the edge of the Outer Rim, is far different from the mighty industrial planets located in the Core Worlds. Home to both the Mon Calamari and Quarren, this ocean world has extensive underwater settlements and surface cities designed for contact with off-worlders. Despite a past history of conflict, the Mon Calamari and Quarren established a joint society, under the guidance of a constitutional monarchy that provided a voice to all the settlements and peoples of Mon Cala. Renowned shipbuilders though they were, the Mon Calamari didn’t build large military starships. Instead, classes of exploration cruisers, merchant vessels, and passenger liners were the primary focus of planet’s famed shipyards.