I have never been fond of the femme fatale. While that role gave a female character something more to do in the mystery/crime genre, exchanging passivity for vileness has always seemed a poor tradeoff. Moreover, the femme fatale frequently was punished at the end of the tale, not just for being evil but for also for daring to step outside of the usual definitions of femininity at the time of the archetype’s inception.

This development of the femme fatale as an active and evil player in the mystery/crime genre was a reflection of anxieties surrounding the changing roles of women in America in the 1920s and the 1940s-50s1. Female characters were given power in the genre by male authors, but that power was designed to denote terror, not heroism2. Heroism was instead assigned to the men who were capable of overcoming the wiles of these women and bringing them to punishment in the end.

The femme fatale exists as a test for the hero, to see if he is able to reject emotion and retain the isolation that is threatened by his attraction to the femme fatale. Will the hero be able to resist her and do the right thing? Raymond Chandler, a major influence in the noir sub-genre, was particularly fond of this trope. In the original novel Double Indemnity by James M. Cain, the hero and the femme fatale commit suicide together rather than being caught. In Chandler’s script adaptation, the hero instead decides to shoot the femme fatale, thus removing the element of choice in her death and reestablishing the aspect of punishment. END_OF_DOCUMENT_TOKEN_TO_BE_REPLACED 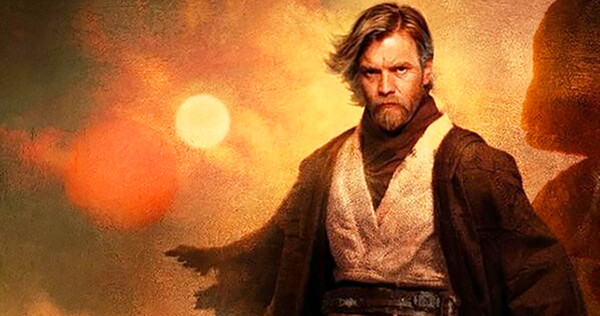 While I don’t expect Lucasfilm to pluck the plot wholesale from Miller’s novel, there are core elements of the story that deserve to be realized on the silver screen. END_OF_DOCUMENT_TOKEN_TO_BE_REPLACED

But it still came as a surprise because it is such a rare thing in fiction for a woman to be non-human in a monstrous fashion. Most of the alien women in Star Wars and Star Trek tend to be from more humanoid races. Our first view of woman from a reptilian race in Halo hid her mandibles for a more human jaw and gave her a noticeable chest. Even Guillermo del Toro, a filmmaker famous for creating incredible roles for both women characters and monsters, rarely combines the two into one. A more bitter sting was the recent Shadow of War game in which the developers took perhaps one of the most famous female monsters – Tolkien’s Shelob – and made her appear for the majority of her role as an attractive woman. END_OF_DOCUMENT_TOKEN_TO_BE_REPLACED

It’s almost timeless in its use. In Beauty and the Beast, a prince and his castle were cursed for failing it. In Tales From Watership Down, the folk hero El-ahrairah tested the integrity of a warren through it. In Hebrews 13:2, the Bible says that some have entertained angels by passing it.

This is the test of compassion.

It’s the moment when a character encounters an individual who is undesirable to or unvalued by society in some way. Helping or showing compassion to this individual appears, on the surface, to pull time and effort away from the character’s goal. The test is: will the character divert from their path to help this individual, or will they continue on their way? Their choice in this matter reveals their true self and results in consequences.

Probably the most iconic test of compassion in Star Wars takes place in The Empire Strikes Back, when Luke is tested by Yoda, who is currently concealing himself as an annoying local. When Luke’s impatience overrides, at last, his mask of politeness, he fails the test, which nearly costs him his Jedi training. By the time Return of the Jedi rolls around, he’s learned his lesson and applies it on a much larger scale, twice. END_OF_DOCUMENT_TOKEN_TO_BE_REPLACED