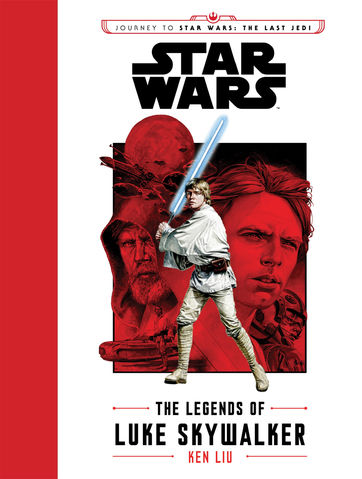 The first story concerns an engineer spinning a tall tale to a rapt audience. It is subtly suggested the audience’s main interest is in how ludicrous a tale can be spun, for it is a tale of mad, bad conspiracy theories aimed squarely at the exploits of Luke, Han and Leia, with one aim: to drag them down and dismiss them as frauds. When the reader engages with this tale, the initial response may well be to opt for outraged dismissal: what a pile of crap, this is an outrage. Yet to do so would be to play into the story’s hands, Liu is quite aware outrage might result. Look further: When we read or watch or play a Star Wars story, we do so separately from our lives. Luke, Han and Leia are not actual people. What if they were? If you were living in that galaxy at the time of the films or after, if you heard three people led the war the take down the Empire that ran the galaxy, then how can you possibly live up to that? If they did that with their lives, what does that make yours? Easier, by far, to spin a few conspiracy theories that render them frauds as then you’re protected, no comparison to lose out to. END_OF_DOCUMENT_TOKEN_TO_BE_REPLACED 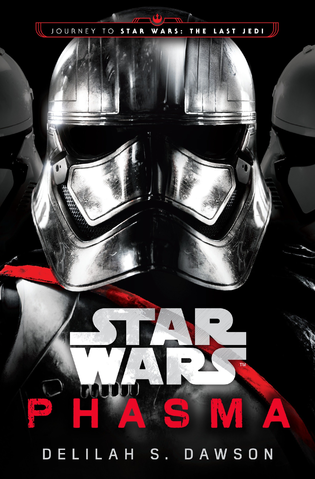 Inferno Squad gives the most extreme, hardcore Imperial viewpoint there has ever been. There have been Imperial characters before – Legends’ Jahan Cross in Agent of the Empire, Baron Fel in X-Wing, more recently Rae Sloane in A New Dawn / Aftermath, however, in all three cases, it was either very clear they did not care for superweaponry as represented by the Death Star or they were ambiguous in their support of it. Inferno Squad dispenses with this and gives us Iden Versio, who we first encounter defending the Death Star at the Battle of Yavin while she still exults in the destruction of Alderaan by it. Just to hammer the point home further, if this first impression was not sufficient, the squad later drinks a bottle of Alderaanian wine as a celebration. END_OF_DOCUMENT_TOKEN_TO_BE_REPLACED

Yet, for those of us who watched the trailers, it is also a strange finished product. On the one hand the macro elements are all present – the ground battles, the worlds, the characters, but the changes in the micro aspects indicate the substantive reshoots. There are entire lines present in the earlier trailers that never appear in the film, there are shots that never turn up. It makes for a somewhat disconcerting viewing. What might have been the road not taken? Given the portraits of the Rebellion and Jyn in the trailers, I suspect it may have been a harsher picture. A more cynical and colder Jyn, a more battle-hardened Rebellion, which likely gave rise to the fear, not unwarranted, that viewers may not back both. END_OF_DOCUMENT_TOKEN_TO_BE_REPLACED

Wait, I thought Rogue One was in the era of the Empire and all the good stuff, that it had nothing to do with the prequels? You may have thought that but it does not look to be so. For there is a prequel novel, Catalyst, which recently had a killer blurb come out:

War is tearing the galaxy apart. For years the Republic and the Separatists have battled across the stars, each building more and more deadly technology in an attempt to win the war. As a member of Chancellor Palpatine’s top secret Death Star project, Orson Krennic is determined to develop a superweapon before their enemies can. And an old friend of Krennic’s, the brilliant scientist Galen Erso, could be the key.

Galen’s energy-focused research has captured the attention of both Krennic and his foes, making the scientist a crucial pawn in the galactic conflict. But after Krennic rescues Galen, his wife, Lyra, and their young daughter, Jyn, from Separatist kidnappers, the Erso family is deeply in Krennic’s debt. Krennic then offers Galen an extraordinary opportunity: to continue his scientific studies with every resource put utterly at his disposal. While Galen and Lyra believe that his energy research will be used purely in altruistic ways, Krennic has other plans that will finally make the Death Star a reality. Trapped in their benefactor’s tightening grasp, the Ersos must untangle Krennic’s web of deception to save themselves and the galaxy itself.

After Revenge of the Sith in 2005, I thought we might get stories that drew on all six films, that the division between the trilogies might start to fade. It never happened. Oh, there were a couple of exceptions that really tried to make the most of the prequels – series like the Legacy comics, actually DHC really did try. On the whole? Nope. And we look to be heading for similar divided territory with the start of the sequel trilogy. END_OF_DOCUMENT_TOKEN_TO_BE_REPLACED 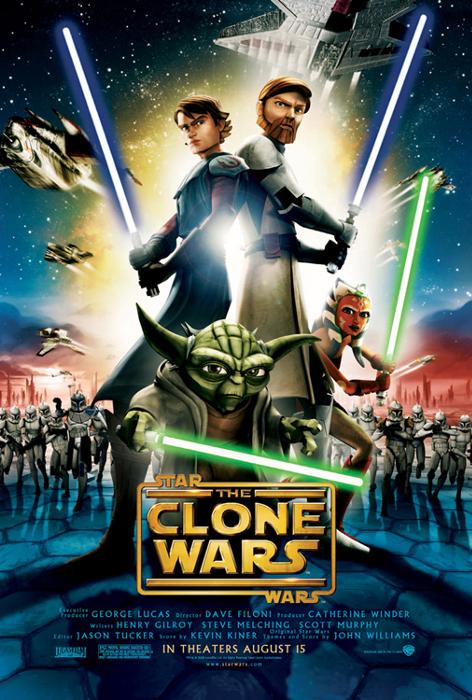 Even so, what about that animation style? I was far from an immediate fan – cartoony? Sure, but a bit too stylized. That cannot possibly work, can it? Again, all the fault of Rebels. Sure, Rebels is a few years on, the animation has advanced, it’s not quite so stylized – I can notice that only now, but nonetheless the series convinced me that Star Wars can work just fine as animation in the modern era. (Go back far enough and you’ll encounter the Droids and Ewoks cartoons which were fun as a kid, not sure how they’d hold up thirty years on.) END_OF_DOCUMENT_TOKEN_TO_BE_REPLACED