(As ever, we will endeavor to avoid spoilers – but as usual, this piece is analysis as much as review so we’ll be discussing the plot in vague terms to make the points we’re making) 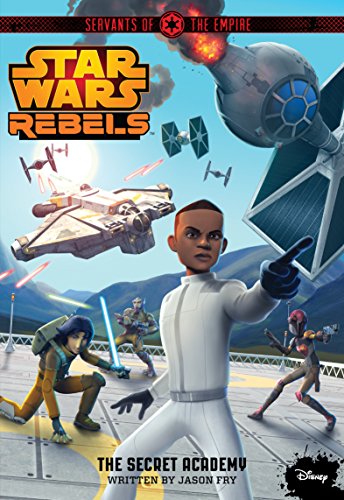 As the Journey to The Force Awakens campaign kicked off on September 4th, one of the many questions readers started asking was: why is the Empire falling apart so quickly? The obtuse answer is that this is what the story demands, and we’ll learn the full reasons on December 18th. But many of us thought the war would last far longer than in the Expanded Universe, where the Empire was driven out of the Core Worlds as early as five years after Return of the Jedi. Surely this time the war would truly rage on for many many years: but that’s not what happened. Suddenly, the Empire of the EU seemed a lot more solid and formidable. Folks speculated as to the reasons why, such as the collapse of central authority, the unwillingness of the Navy to waste time protecting a symbolic world like Coruscant, defections to the New Republic, etc.

The real question, though, was why nobody was bothering to fight for the Empire? Even discounting propaganda, surely folks might feel under threat by the rebels and would want to defend their way of life? The Alliance/New Republic approach to the war doubtless played no small part in the lack of widespread Imperial resistance on the part of the galactic citizenry (something that we may touch on in our next “Gray Matters” piece), but Imperial collapse signifies a widespread lack of support for the Empire. This is in marked contrast to both Revenge of the Sith – where the Empire was ushered in by thunderous applause – and the old EU, where the Empire had solid support for quite some time.

Jason Fry’s Servants of the Empire books in general and The Secret Academy in particular give us the answer. This series – among many things – explores the true lengths the Empire goes to in order to inculcate loyalty in its subjects, and it shows that the Empire’s attempts at gaining the populace’s loyalty are manipulative at best and outright programmed at worst. The Empire does not inspire devotion or loyalty, it instills it by force. But The Secret Academy shows us that indoctrination through propaganda and misinformation is the gentlest of the Empire’s methods, and it has more sinister ideas in mind for the future of the galactic populace. Edge of the Galaxy already explored the Empire’s exploitation of planets, Rebel in the Ranks illustrated the brutality inherent in Imperial training, and Imperial Justice showed us the dark side of Imperial oppression: but The Secret Academy shows the existential danger posed by the Imperial system and indirectly provides the elusive answer as to why the Empire fell so quickly. Essentially, the Empire doth protest too much: the sheer lengths the Empire goes to shows that even the servants of the Empire aren’t really willing adherents of the system.

Not Your Father’s Indoctrination

EU fans are used to Imperial brainwashing as part and parcel of the Imperial system, through the fanatical loyalty of stormtroopers. Old guidebooks said that stormtroopers could never be turned against the Empire, and novels provided more vivid depictions of what stormtrooper training did to people, when we saw what happened to Zeth Durron. Jason Fry showed us something similar in Edge of the Galaxy, where the Leonis family friend Ames Bunkle turns into a brainwashed automaton of a stormtrooper. The Secret Academy takes it one step further, and perhaps in surprising ways.

The title The Secret Academy refers to the Academy on Arkanis, which Zare Leonis infiltrates as a supposedly loyal cadet in order to learn more about what happened to his sister Dhara. As promised, we won’t get into spoiler territory if we don’t need to, so we won’t comment any further on what Zare does or doesn’t learn in that regard. Zare does learn some interesting things about the academy itself, separate and apart from his quest to find his sister. The commandant of the academy is an interesting character who is dedicated to the idea of inculcating absolute loyalty to the Empire, and his goal is to create a crop of cadets utterly loyal to the New Order. He has a variety of methods to identify and cultivate such candidates, and his goals are to have them represent a new generation of Imperial. He does this through a remarkably sinister, almost cultist form of selection: students with particular ruthlessness are singled out and essentially invited into the commandant’s confidence. They have to seal their commitment to his vision of an utterly loyal Imperial soldier by essentially winnowing out the chaff (read: murdering a low-performing student) to prove their dedication. This isn’t a run of the mill Imperial Academy the commandant is running: his methods and goals are terrifying even by normal Imperial standards. Similarly, we learn what the Empire does to certain kinds of officers whose loyalties they are not entirely convinced of: and it amounts to chemical alteration of their personalities, something altogether different than even the brainwashing of stormtroopers. It’s almost strange to refer to brainwashing as standard, but chemical alteration of the very mental identity of a person is something rather more deeply disturbing. We won’t go so far as to say it’s necessarily surprising: these are all things that we can see the Empire doing.

These are still pretty extreme lengths to ensure loyalty, though. And though Arkanis is a secret academy, it looks like the commandant has Plans for it. The chemically altered Imperials have the sense of being a pilot program, one that will be further developed if it proves to be of use. The commandant’s cadre of loyal fanatics, on the other hand, seems to be a bit of a long game: a generational change. Both moves suggest that the Empire believes that fear and propaganda – the bread and butter of its ideological control of the populace – are insufficient.

This is perhaps more telling than it immediately seems. It’s certainly evil what the Empire is doing, but the Empire isn’t doing it just for the sake of being evil. It’s doing it because apparently what it’s been doing before is inadequate. And that is the fundamentally telling point: the Empire does not have confidence in the control it has over the galaxy. And it shows that if that control were to be shaken – say, by a catastrophic defeat and the death of His Imperial Majesty the Galactic Emperor – the Empire’s hold on the galaxy is not nearly so solid as appearances would show.

Through the course of four Servants of the Empire novels, Jason Fry’s taken us through a tour of the different horrific aspects of Imperial rule. We’ve learned about colonial exploitation and the trickling down of noxious ideas into schoolyards, we’ve learned about the encouragement of brutality and pettiness in the Imperial training academies, we learned how the harshness of Imperial rule can warp and affect even good people, and now we’re learning about the true extent of the Empire’s social engineering. These books have established what the Empire truly is, and what the consequences of Imperial rule entailed. But they also established the fundamental weakness inherent in the Imperial system, a weakness born out in the post-ROTJ books and comics.

Consequently, it’s plain to see why the Empire fell so quickly. Imperial brutality was not counterbalanced by any positive aspects that generated loyalty in the citizenry, instead: worlds only had to look forward to subjugation and more exploitation. There isn’t any benefit to Imperial rule worth fighting for, no buy-in. This is more than just a lack of any nobility on the part of the Empire, but it’s a lack of any pragmatic inducement as well. An exploitative system needs some sort of buy-in, even if it’s appealing to self-interest or baser instincts. As near as we can tell, the only buy-in seems to be “if you’re a jerk, you can get away with stuff up until the point that someone is a jerk to you and kills you.” It’s not a system that builds confidence or shows stability, which is allegedly what the Empire offers.

Now, it’s worth noting that we just finished writing an article about how Lost Stars demonstrates how the Empire ties people to its point of view: through the use of Core World superiority and prosperity. And it is likely that the most privileged people in the galaxy do benefit from Imperial rule, and that the Core World élite actually do have a vested interest in the Empire remaining intact. The problem is: there aren’t enough of these people around to keep the Empire afloat. The Core may be the most populous part of the galaxy, but its upper-classes are a fraction of that population. More importantly, they’re not the type of people who will lift a finger to defend the Imperial system if it stops being a benefit to them. Perhaps the Core Worlds do support the Empire, or provide a large percentage of the Imperial officer corps – it’s too soon to say. But what we’ve learned from The Secret Academy is that the Empire apparently doesn’t think that this is enough, and that alone is telling.

So if the assurances of Imperial prosperity and stability are revealed to be false by the Rebel victory, and if Rebel victory removes the threat of Imperial reprisals – what does the Empire have left for itself? All that’s left is the disgust the people of the galaxy feel for the Empire. Folks may not be motivated to fight it, but they’ll not mourn the Empire’s passing either. When one adds the relative appeal of the rebellion (once the galaxy gets a real sense of what they stand for, as opposed to a vision distorted by Imperial propaganda or memories of Separatists) then the picture becomes even clearer. The Empire has precious little going for it, and the New Republic actually might be on to something.

We doubt that Servants of the Empire set out to explain the post-ROTJ political situation, but it really provides some valuable insights. It explains the stakes of the Galactic Civil War. It shows what the fight between good and evil really entails, and it does this by showing the stakes on a micro, personal level even though they have a galactic-level significance. In our – my – opinion, anybody not reading this series is missing out on a vital part of the morality play that is Star Wars.

2 thoughts to “The Secret Academy — the answer to why the Empire fell so quickly (Also: Why you should read Servants of the Empire)”