Ben: From the very earliest part of the saga, we’ve heard about the Imperial Academy. Luke wants to go there to learn about becoming a pilot, and to see more of the galaxy once he leaves Tatooine. We also find out, from an initially cut scene that was still included in the novel and other sources, that Biggs went to the Academy, and upon his return to Tatooine confides to his friend that he intends to jump ship and join the Rebellion. It’s an open acknowledgement that whatever training the Empire offers is valuable, especially to those living in the more out-of-the-way systems, but the confrontation of Imperial philosophy there makes some of the recruits and trainees uncomfortable enough to bounce out.

We saw one level of the Academy in Rebels’ first season, with Ezra infiltrating at the cadet level and making friends with Zare Leonis. What we see in this season with “The Antilles Extraction” is a higher-level facility, Skystrike Academy, where the best prospective pilots that the Empire has go to learn how to fly the Imperial way. Wedge, Hobbie and others are being taught to be ruthless and follow orders regardless of piddly things like regulations and morals. This follows the same lessons that the cadets in the younger Academy were learning, that personal feelings fall by the wayside in lieu of following orders.

So what do people like Wedge do? They abandon ship, try to get out before it’s too late, before they do something that will draw them in too deeply, or before the hooks the Empire puts into them take hold. Some don’t make it. A lot don’t make it. Wedge and Hobbie had Sabine there to save them, and Ezra and Kanan there to extract the trio and make their way back to safe space. Biggs made it. Crix Madine made it. But others don’t, they aren’t that lucky or skilled. Wedge’s friend Rake is unceremoniously killed by their own squadron commander, shot down to force the others to surrender. Others are recaptured and brainwashed into submission (as we saw in Servants of the Empire), becoming even more fanatic than those who still possess their own sense of judgement.

The price of rebelling is steep. The Empire doesn’t give up its children easily. Wedge and Hobbie are well aware of that now, their escape and victory are bittersweet. And once they are away, they are likewise expected to stand back up with a blaster or pilot’s yoke in their hands and turn against the ones who taught them most, if not all of what they know about warfare. They will be flying fighters that are not the top-of-the-line craft they flew with the Empire, working out of bases that are ready to be evacuated at any moment and carrier craft that are whatever can be scavenged or stolen. 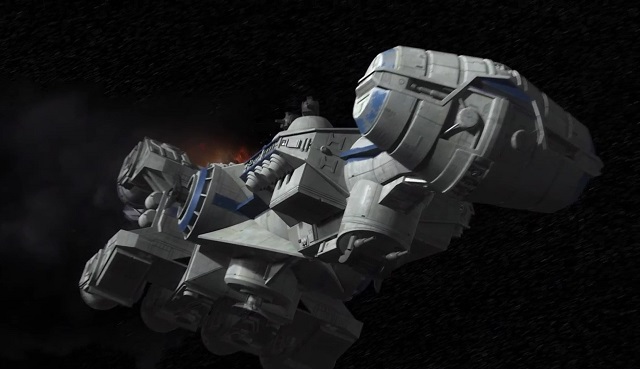 This episode makes it clear: the Rebellion is hopelessly, hilariously under-equipped for an open war against the Empire at this stage. They have a handful of pilots, and a handful of ships, only a bare few of whom are considered above average, and most of whom drop like flies any time the group comes under attack. They desperately need competent pilots even more than they need machines for them to fly. For them, getting Wedge and Hobbie, two pilots from one of the Empire’s premier flight academies, is worth all of the risks they went through, balancing out potentially losing Sabine.

Of course, they sent Sabine because they (Hera, Sato and Kanan) trust her to not only stay alive, but succeed in her mission because she’s been through the same song and dance from the other side. But we should not discount what she was put up against, the clever ruthlessness on display. Pryce (a Moff, bear in mind, not a military officer) had the foresight to rig their TIE fighters, perhaps only the three, perhaps all of them, to leave the traitorous pilots helpless in space, then ordering Captain Skerris to only shoot one of the cadets down. This is a different methodology than we are used to seeing from the Empire. Her goal was to capture any Rebel agents alive if possible. She, like Thrawn, is playing the long game, seeking out whatever leads they can get to the larger Rebellion. If not for Kallus’s turning of coats, the Empire would have won the day without losing anything more than a single, traitorous cadet. Which, of course, they have plenty more of, the loss of one is negligible in the long run.

Therein lies the difference between the two organizations. The Empire is callous, impersonal, with a drive for efficiency and loyalty above all. The Rebellion is all about individuality and freedom, but more than anything else it’s about overthrowing the Empire. Wedge and Hobbie left the Empire because they balked at the idea of going against the same law and order that they had joined the Empire to help uphold. Now, they’re going to be breaking those same laws, in an even more severe way, for a cause they believe in and the hope of a better galaxy to come. It’s just going to take a long time to get there.

Welcome to the Rebellion, indeed. 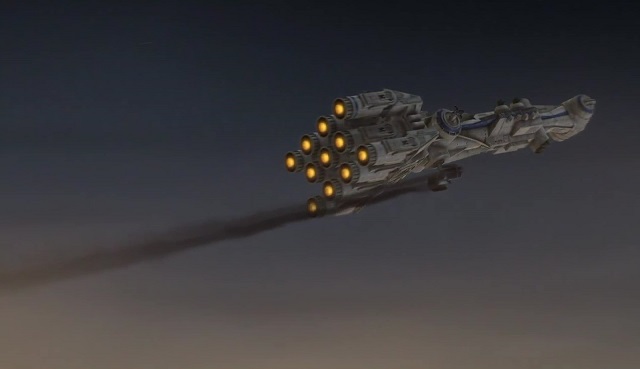 Jay: Fresh from New York Comic Con, I’m a little too exhausted to say much at length but enjoyed this episode a little too much to leave it without saying anything. First, the preface: Wedge was awesome, it was great seeing Wedge, Pryce continues to intrigue, the red-striped Interceptors are gorgeous to see on screen, the audio/visual echoes of the game TIE Fighter are a sheer delight, and of course: Sabine is absolutely wonderful and I am so glad she got another solo episode (with more to come). In fact, Ezra wanting to step in on her episode and Kanan chiding him for not letting her run her own op felt a little meta to me — but just a little.

Anyway, about a year ago, I wrote about how Lost Stars showed us how good people could be made to serve the Empire by thinking they were doing good things. I also wrote about how the third Jason Fry Rebels tie-in novel, Imperial Justice, showed how the Empire corrupts people and brings out their darker natures. It’s a favorite theme of mine, the notion of the Empire warping good people — it’s what happened to Anakin, it’s what happened to the galaxy writ large, and it’s what the Empire tried to do in this episode.

I like Ben’s take on the episode, where he says that we see that both the Empire and Rebellion are breaking the norms of the rule of law, but for different purposes. It would be almost easy to say that the difference is so stark as to be almost cartoonish, as the civilians in the early scene cry out that the Empire can’t attack unarmed vessels and as Skerris basically shoots them down with glee. I suggest, and I think the episode makes plain, this is the point: the Empire is training its personnel to revel in atrocity.

Take the simulator exercise that Wedge and Sabine undertake. They’re being trained to fire on a damaged and unarmed supply ship. Why? It’s not because the Empire is necessarily cartoonishly evil, but that it’s indoctrinating its pilots to perform such acts without hesitation. It’s a type of conditioning — learn to fire on the helpless target with wounded aboard, internalize it, and you’ll be willing to do anything. The fact that it’s simulated is part of that conditioning. The positive reinforcement of being the best Imperial pilots adds to that: perhaps kills and glory would become all they care about, until they too earn their red markings on their fighters? Or their red or gold stripes on their flight suits.

I’m reminded of a line from one of the old X-Wing novels, that Imperial pilots were trained to barely restrained ferocity. This episode felt like an homage to the old X-Wing books in many ways, and this may well be one of them. Imperial indoctrination is deep and thorough. Of course, it’s also dressed up: the Rebels are extremists who’ll use anything it takes to win, including arming transport ships. And therein lies the trick: Rebel tactics justify even greater extremes to defeat them, and the pilots swallow any unease over attacking surrendered transports with the lie that it’s necessary. This is the additional edge — under the law of armed conflict, an airman or naval aviator should refuse an unlawful order. Here, Skerris insinuates that such refusal puts everyone in danger — because the Rebels are simply that grave a threat. It even has echoes of TIE Fighter — a game which glorifies the Empire most of all, and which makes the Imperial Navy’s operations seem most just and noble but which, actually, makes the players perform some pretty dark and twisted deeds when the player looks past what they’re being told in the mission briefings into what the deeper, actual story might be. In fact, it would be fairly trivial to construct a reading of the episode where the Empire was in the right and Sabine/Wedge were in the wrong — and that’s what makes the Empire’s methods so effective.

The last thing I wanted to comment on was Sabine’s reaction to the unlawful order. She refuses to obey the order, mentioning that attacking the disabled vessel is against Imperial protocols, which dictate the vessel must be boarded. She’s unable to complete her statement because she’s interrupted by the training officer, but it’s an intriguing nugget. There’s a lawful state buried somewhere in the Empire, the state that the Empire is in name: the one which protects the norms of the galaxy and the expectations of the Senate. Here at Skystrike, they’re building that other Empire — the one that emerges with the destruction of Alderaan and the disbanding of the Imperial Senate. It’s a little nugget, Sabine’s line, but it’s possibly the most interesting of the episode in its ramifications.

6 thoughts to “Rebels Revisited: Welcome to the Rebellion”