In our first “The Pitch” piece way back in November, we submitted some ideas for new Star Wars novels we’d like to see. At the time, the only books known to be forthcoming were Maul: Lockdown and Honor Among Thieves, and with the canon situation unresolved, no one really knew what to expect from Star Wars novels in 2014 and beyond—or whether there’d even be any.

Shortly afterward, the announcement came down that the Star Wars comics license would be transferring from Dark Horse to Marvel at the end of 2014. Now, six months later, we’re in much the same position with comics as we were back then with novels—the last of DHC’s new offerings will be along next month, and as yet there’s been no information of any kind on what Marvel will be releasing next year (though with San Diego Comic-Con in a few weeks, I suspect we won’t be in the dark much longer).

So this time, I asked the others to pitch their own Marvel comic series. This being our first Pitch article post-reboot, I also made it clear that ideas didn’t need to fall in line with the existing Expanded Universe. Here’s what we came up with. END_OF_DOCUMENT_TOKEN_TO_BE_REPLACED

Science fiction is a broad term for a big, big genre. At its core, it is a genre of stories in which science or technology beyond the bounds of what is currently known plays an important role, and tends by default to incorporate any fiction set in the future. This creates a vast continuum embracing space opera, steampunk, tech-oriented hard science fiction, alien-invasion thrillers, and dystopian studies of human society — to name just a few types of science fiction.

Star Wars primarily falls under the label of space opera — pulpy adventure stories set in outer space, a subgenre heavily influenced by fantasy. These stories have the trappings of advanced science and technology — spaceships, laser guns — but aren’t interested in examining the science of the setting, or using it to explore mankind’s relationship with technology or illustrate ideas about society in the way most idea-oriented traditional science fiction does.

In addressing how Star Wars interacts with the science fiction genre, I thus want to focus in on how the space fantasy saga engages with the “harder” elements of traditional science fiction.

END_OF_DOCUMENT_TOKEN_TO_BE_REPLACED

With the official Episode VII cast announcement of a few weeks ago, we now know that so many of the characters we loved from the original trilogy will be returning: Luke Skywalker, Han Solo, Princess Leia, Chewbacca, R2-D2, C-3PO. From that list is one glaring omission: Lando Calrissian. I’d love to hope that Billy Dee Williams’s portrayal of Lando simply has yet to be announced, but Williams has made it fairly clear that nobody has so much as approached him about the film. It sounds like he’s not in the script at all.

If Lando Calrissian isn’t going to be in Episode VII, I think it’s time we address the level of attention and respect the character receives.

Within the Star Wars fandom, we often speak of the “big three” — Luke Skywalker, Han Solo, and Princess Leia Organa. They are seen as the protagonists of the Star Wars films. Certainly they have the three biggest roles, but I don’t think this is the right way to think about the core cast of the Star Wars trilogy. There is really a “big five” that includes both Lando Calrissian and Chewbacca. [1]Though often overlooked as a main character due to his lack of proper dialogue and his position as Han’s sidekick, Chewbacca must nonetheless be acknowledged as a significant figure in the … Continue reading Lando should be considered as much a vital protagonist as Han, Leia, and Luke.

END_OF_DOCUMENT_TOKEN_TO_BE_REPLACED 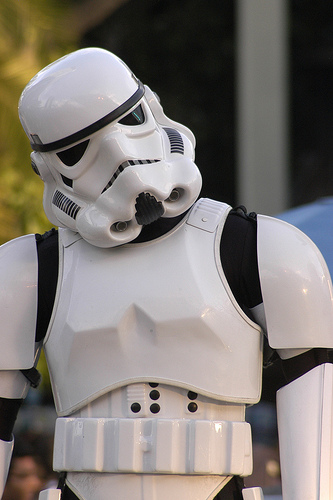 If you don’t know what I’m talking about you probably wouldn’t be reading this site, but so as not to confuse the aliens who exhume the internet a million years from now: Star Wars continuity has done the unthinkable and performed a hard reboot.

Going forward, the only “canon” Star Wars material is the six films and the Clone Wars TV series; everything else is out unless drawn directly from said material—even novelizations are currently a question mark. New novels, comics, etc. will be written with the oversight of Lucasfilm’s Story Group, and for the first time ever, be considered equal to the films—as, naturally, will the new TV series Star Wars Rebels.

All the old stuff, however, is pretty much staying in print, and being rebranded under the shiny new “Legends” banner, an example of which you can now see at the top of this site. I stuck it there partly as a lark and partly to commemorate the wonderful (and wonderfully exhaustive) universe we here at Eleven-ThirtyEight have been mired in for most of our lives, but I should add that we aren’t going out of print, either. What exactly this means for the site going forward is something I’ll get into later this week, but first I wanted to share our immediate reactions—and in some cases, our second thoughts as the weekend went on.

Serendipitously, the finale of Alexander’s A Case For Starting Over series was already scheduled to run tomorrow, so stay tuned for that, and much more over the coming weeks. END_OF_DOCUMENT_TOKEN_TO_BE_REPLACED